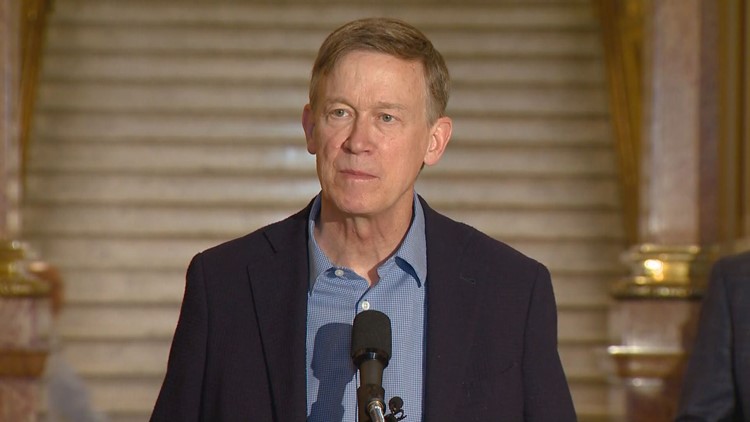 KUSA — A group with ties to Republicans filed a complaint Friday with the Colorado Independent Ethics Commission alleging that Gov. John Hickenlooper repeatedly accepted prohibited travel and gifts, in violation of the State Constitution and Colorado law.

The complaint calls for the ethics commission to investigate Hickenlooper. “This Complaint demonstrates the enormous scope of these violations, which requires a complete review of Governor Hickenlooper’s travel activities that may violate” the State Constitution and Colorado law.

“It looks like the organization was created in the last few days to trump up frivolous accusations,” said Jacque Montgomery, the governor’s press secretary. “They ignored the Independent Ethics Commission process by going straight to the media. This is clearly a political stunt aimed at influencing the upcoming election.”

Hickenlooper is exploring the possibility of a presidential run on 2020.

The Public Trust Institute is headed by Frank McNulty, a Republican who is a former Speaker of the House in the General Assembly. He and Hickenlooper have clashed on policy in the past.

“These are not isolated or inadvertent violations of Amendment 41 but…are part of a pattern of illegal conduct repeated throughout Governor Hickenlooper’s term in office,” says the complaint, referring the section of the State Constitution that governs travel and gift limits and disclosure for state government officials.

The Public Trust Institute provided several pages of what it says are Hickenlooper’s travel schedules. Several are redacted, in whole or in part. The complaint alleges Hickenlooper tried to hide his improper travel by redacting private and corporate travel from the schedules.

The complaint documents private jet travel it says Hickenlooper took from Vail to California to attend Super Bowl 50, which the Denver Broncos won. The complaint says the trip “raised significant secondary concerns, such as whether the owner of the private jet, or some other individual or corporation, also paid for Governor Hickenlooper’s Super Bowl tickets, ground transportation to and from the private jet, and other costs.”

The complaint documents several trips it says Hickenlooper took on Liberty Media’s private jet. Liberty Media is a large Colorado-based company, with significant business interests that could be impacted by Colorado laws and regulations.

McNulty told 9NEWS that Hickenlooper’s travel patterns will speak for themselves as the ethics commission considers the complaint. “Either he paid for the travel, or he didn’t,” McNulty said.