The commission selected a map that gives Republicans a chance to win half the seats Colorado sends to Congress. 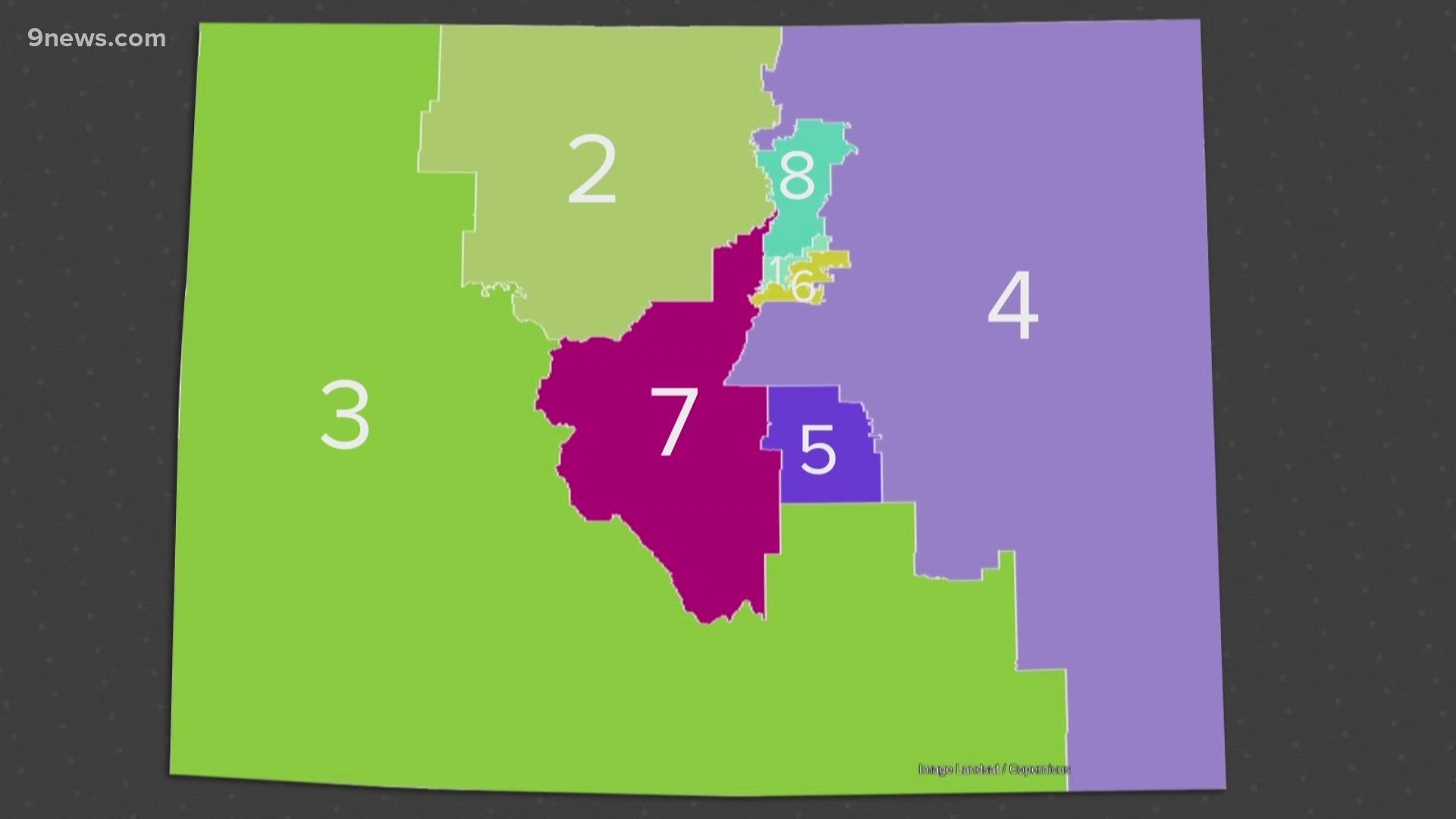 COLORADO, USA — After an hours-long meeting that began Tuesday night and extended into the early morning hours on Wednesday, the Colorado Independent Congressional Redistricting Commission approved a final plan that will be submitted to the Colorado Supreme Court on Oct. 1.

The plan was approved by a vote of 11 in favor and 1 opposed, fulfilling the constitutional requirement that a final map must be approved by a supermajority of eight of the 12 commissioners, including at least two unaffiliated commissioners.

RELATED: When it comes to redistricting, should prisons be counted as inmates' homes?

The approved final plan was unofficially titled Staff Plan 3 Coleman Amendment and will now be titled the Final Approved Plan. The Colorado Supreme Court will issue an opinion on the plan no later than Nov. 1.

“The thousands of public comments from Coloradans, diligent map-making from the staff, and thoughtful discussions from the commission are all what led us to this moment and it has been an honor to chair the first Colorado Independent Congressional Redistricting Commission and hope we’ve set a standard for other states to follow in the future,” acknowledged Chair Carly Hare.

This was the first time the independent commission drew the boundaries for congressional districts because of what voters decided in 2018. And due to population growth documented by the 2020 census data, Colorado gained an eighth congressional district north of Denver that covers Westminster, Thornton, Dacono and Brighton.

The commission includes four Republicans, four Democrats and four others who are unaffiliated.  As stated in the Colorado Constitution, the new congressional districts had to:

RELATED: It's official: Colorado will have 8th congressional district

Districts cannot be drawn for the purpose of:

Keeping all that in mind, the commission selected a map that gives Republicans a chance to win half the seats Colorado sends to Congress. Had the old partisan process still existed, Democrats could have drawn a  favorable map taking away Republican power.

That leaves the new district, District 8, as a toss-up, meaning the delegation could split four and four.

"That eighth district is a district that President Trump won in 2016. He lost it in 2020," Winger said. "When you look at the way the state is trending, it's hard to argue that the Congressional map shouldn't at least favor Democrats a little bit."

With the way the final draft settled the boundaries, the seven incumbents from the existing districts could be considered safe in the next election when it comes to political party.

Aside from political affiliation, there is some concern about whether this final map prevents communities of color from being able to elect their preferred candidate, as is one of the requirements.

"It's really less about did one political party win out or the other, and I think it's much more about do these maps accurately reflect all of Colorado," Amanda Gonzalez said.

Gonzalez, with Colorado Common Cause, wants more proof that the commission considered communities of color and the Voting Rights Act when drawing the boundaries, like those of the new district.

"I think I would have liked to have seen a more robust analysis by the commission in order to know for sure whether or not these maps are truly fair to the [Black, Indigenous and people of color] communities of our state," Gonzalez said.

The Colorado Supreme Court will review the map to be sure it fits the criteria required. Competitive districts is least important on the list. Protecting the voting interests of minority groups is high.

The court will hear arguments about the fairness of the map in two weeks.