The outlet claims the defamation lawsuit "threatens to stifle the media’s free-speech right to inform the public about newsworthy allegations." 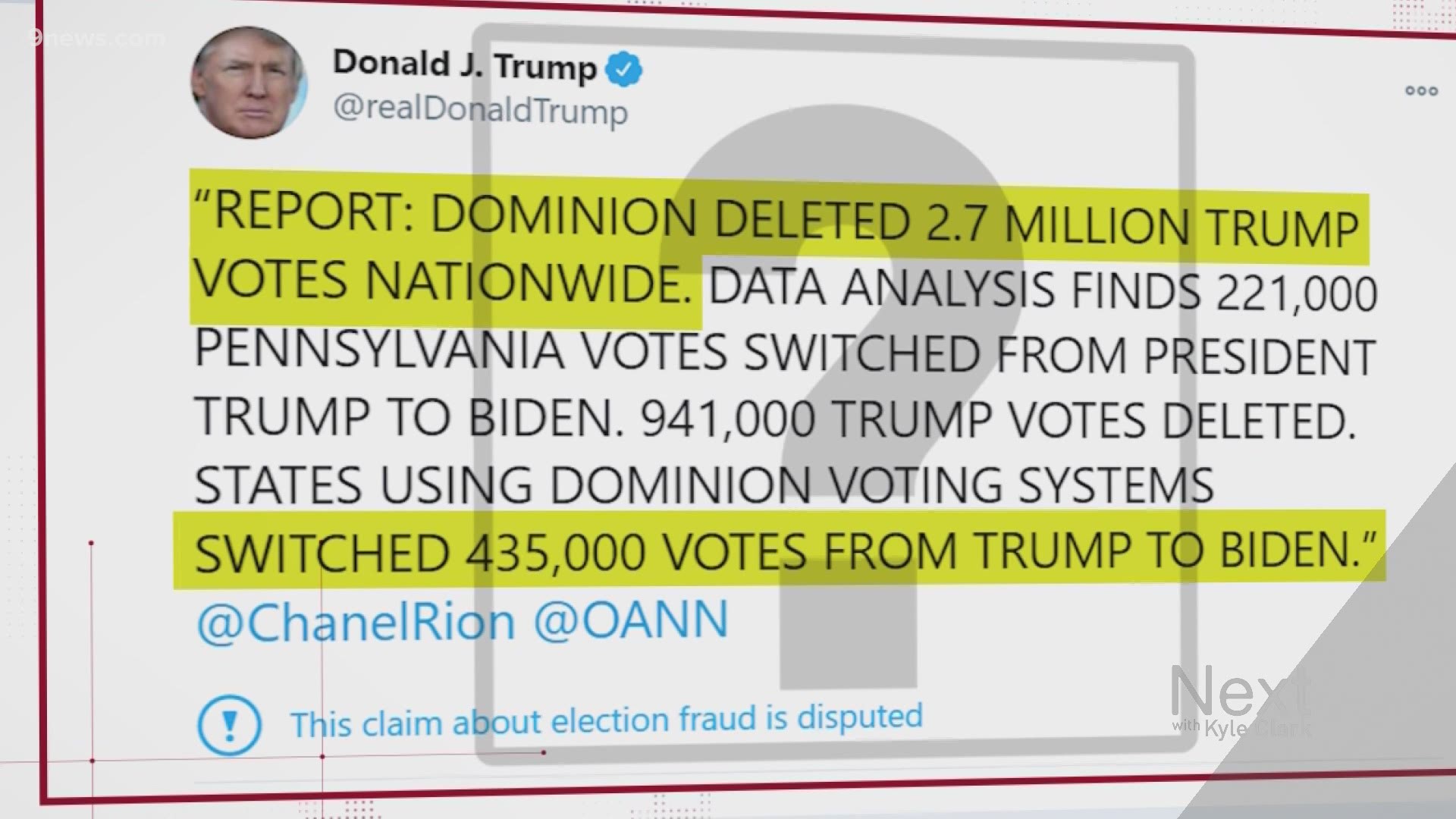 DENVER — Fox News is hoping to bounce the defamation lawsuit filed by Denver-based Dominion Voting Systems on the grounds of constitutional free speech, the company told the courts Monday.

The news company says it was only reporting what others were saying about the presidential election.

While the news operation differed, the company's top opinion personalities were chief purveyors of the conspiracy theories involving Dominion and others.

The motion to dismiss the lawsuit filed in Delaware Superior Court states: "A free press must be able to report both sides of a story involving claims striking at the core of our democracy—especially when those claims prompt numerous lawsuits, government investigations, and election recounts.

"When a sitting President of the United States and his legal team challenge a presidential election in litigation throughout the nation, the media can truthfully report and comment on those allegations under the First Amendment without fear of liability. Plaintiffs’ defamation lawsuit against Fox News threatens to stifle the media’s free-speech right to inform the public about newsworthy allegations of paramount public concern."

Fox is one of several defendants, including former President Donald Trump's legal team, facing lawsuits alleging they disregarded the truth that the November election was not stolen from the president. His supporters have alleged Dominion and others conspired with international interests to switch votes from Trump to the eventual winner, Joe Biden.

Continue reading more from our partner at Colorado Politics.