The state is supposed to print the Blue Book this week after its wording was approved by the nonpartisan Legislative Council. 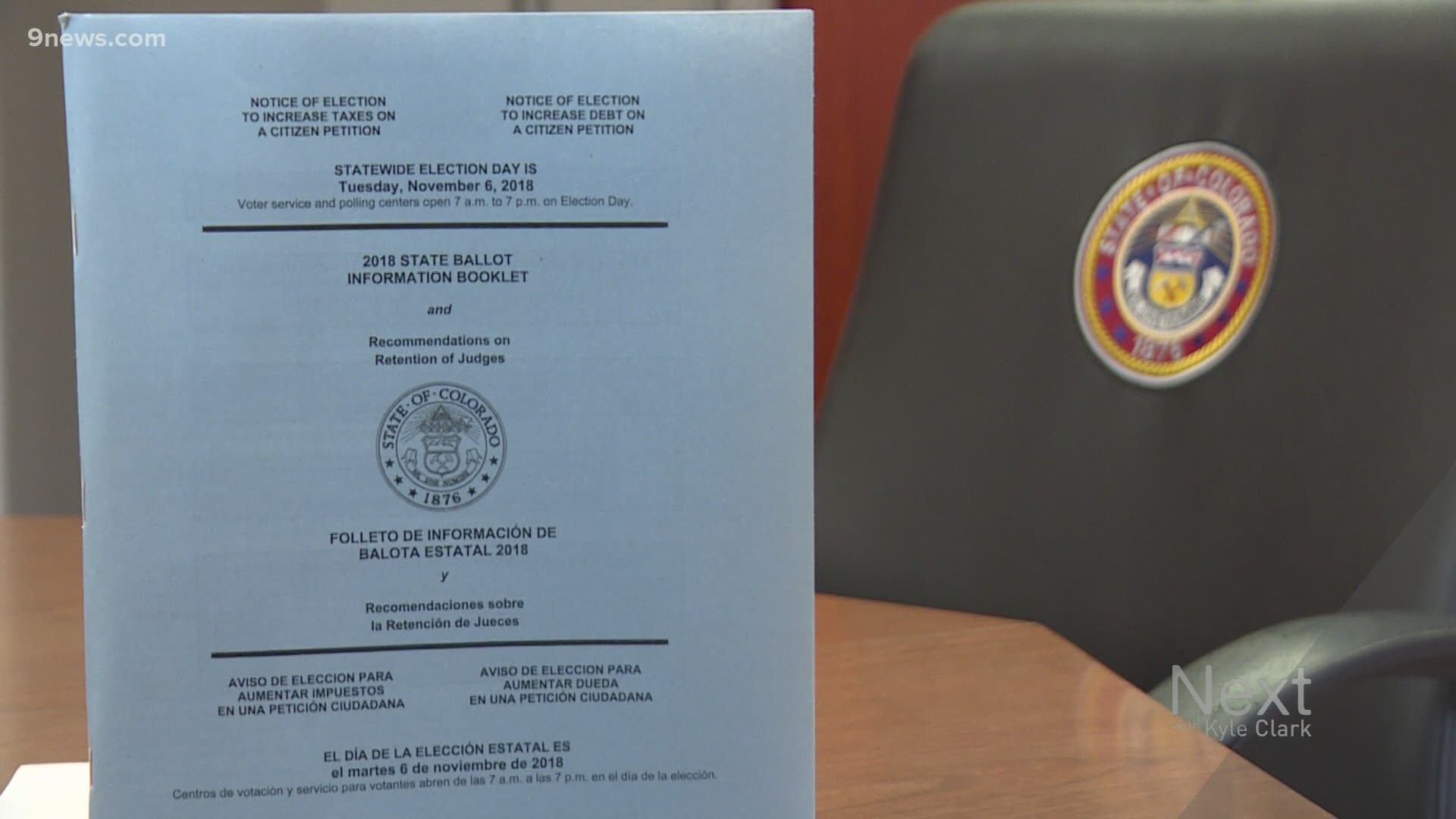 DENVER — A judge on Friday refused to grant an emergency restraining order that would have halted the printing of the Blue Book over concerns about some of its wording.

The lawsuit was filed earlier this week by opponents of a proposed repeal of the Gallagher Amendment and after the ruling, they said they were exploring "other options."

The blue ballot information booklet that Colorado voters receive ahead of statewide elections goes to the printer this week. Its language was approved during a meeting last Thursday between the non-partisan Legislative Council and Colorado’s General Assembly, but the lawsuit alleges that some of the lawmakers were biased in favor of Amendment B.

“The final draft of the ballot includes false and misleading statements to suggest the adoption of Amendment B will lead to tax cuts for residential property owners,” the lawsuit reads.

It goes on to allege that “the final draft of the ballot information booklet contains highly prejudicial and misleading statements, both in the neutral analysis section as well as the For section, which are talking points pulled directly from proponent campaign material.”

>>> Watch the video above for an explainer on the Gallagher Amendment.

The emergency restraining order was filed in Denver District Court on Tuesday. The four plaintiffs listed include Dennis Gallagher – the former state lawmaker who the amendment is named for – and Ron Stewart, who co-authored the legislation that Amendment B would repeal.

Former Boulder County Treasurer Bob Hullinghorst and former Democratic Speaker of the Colorado House Dickey Lee Hullinghorst are also plaintiffs in the lawsuit, which was filed against the state of Colorado and the Colorado Legislative Council.

It asks that the state delay printing the blue book until a ruling is made, and that if the judge sides with the plaintiffs, that the legislative council rewrite the sections in opposition to the Gallagher Amendment repeal.

"The Blue Book changes were supported overwhelmingly by the Legislative Council with a bi-partisan 15-3 vote," his statement reads. "... This lawsuit is desperate and goes against the spirit of a very bi-partisan effort to help our residents."