In farewell address, Cory Gardner urges lawmakers to come together to find solutions

Cory Gardner's Senate career came to an end today. His farewell speech on the Senate floor was an ode to the peaceful transfer of power. 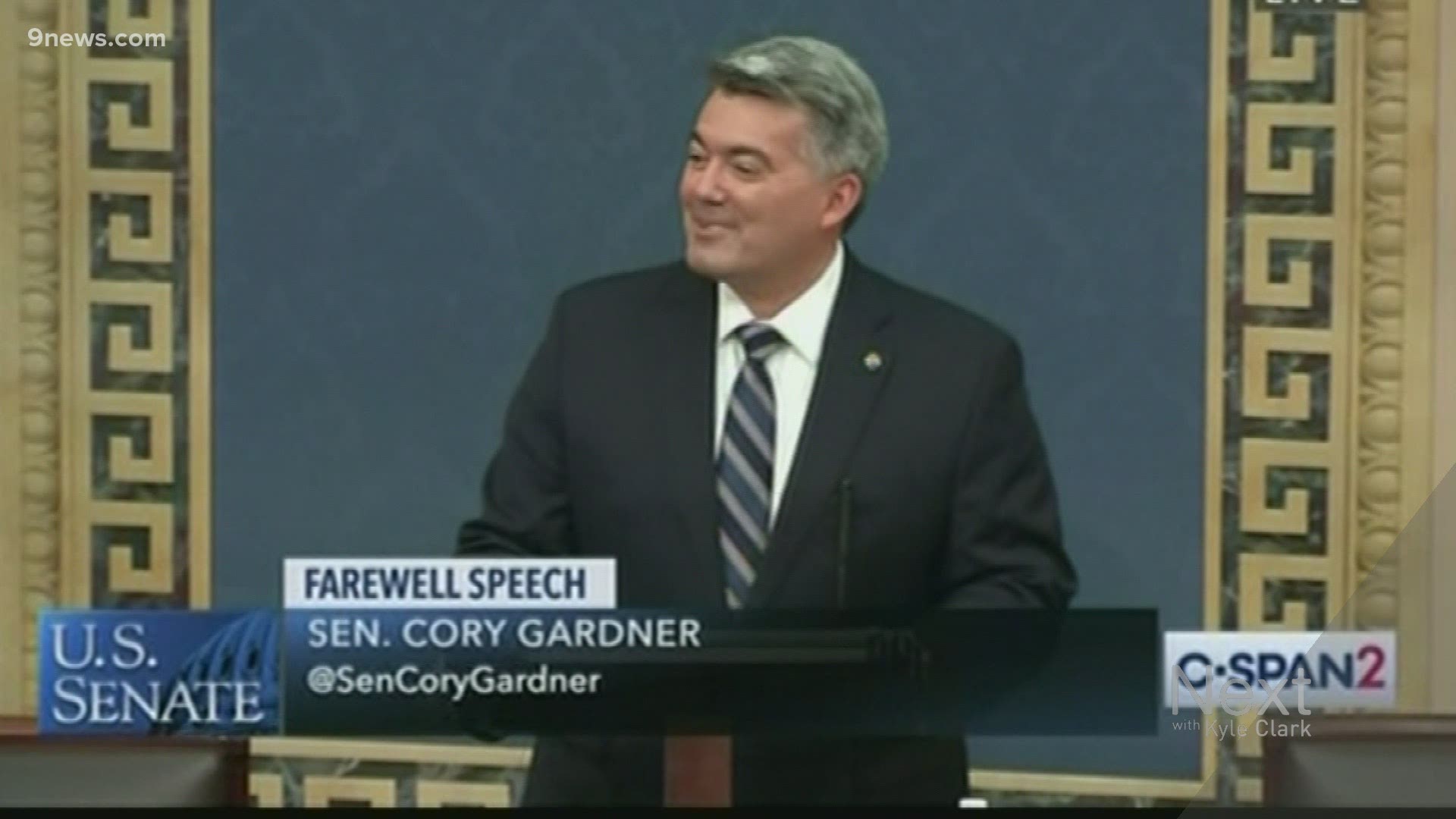 DENVER — In his farewell speech to the U.S. Senate Tuesday, Cory Gardner called on his colleagues to work together to find solutions to shared challenges.

The Republican from Yuma, who lost a bid for a second term to Democrat John Hickenlooper, recounted a slew of bipartisan legislative successes during the 15-minute address but also lamented that lawmakers too often confuse tactics with principles, making it difficult to compromise or find common ground.

Invoking an analogy he said he often articulates to his staff, Gardner said it was important to understand the distinction between a building's pillars and the paint that adorns the walls.

"The pillars in the building are more than ornamental," he said. "They are structurally necessary to the building itself. The pillars are principles, they make us who we are. But the paint color, the details, we can figure that out together. We can respect the pillar and find agreement on the paint."

Gardner illustrated his point with an adage from Sen. Bill Armstrong, who held the same Senate seat three decades earlier and would say that "while he was firm in his principle, he was flexible on the detail."