Members of the LGBTQI community are taking back a term Proud Boys from the far-right extremist group. 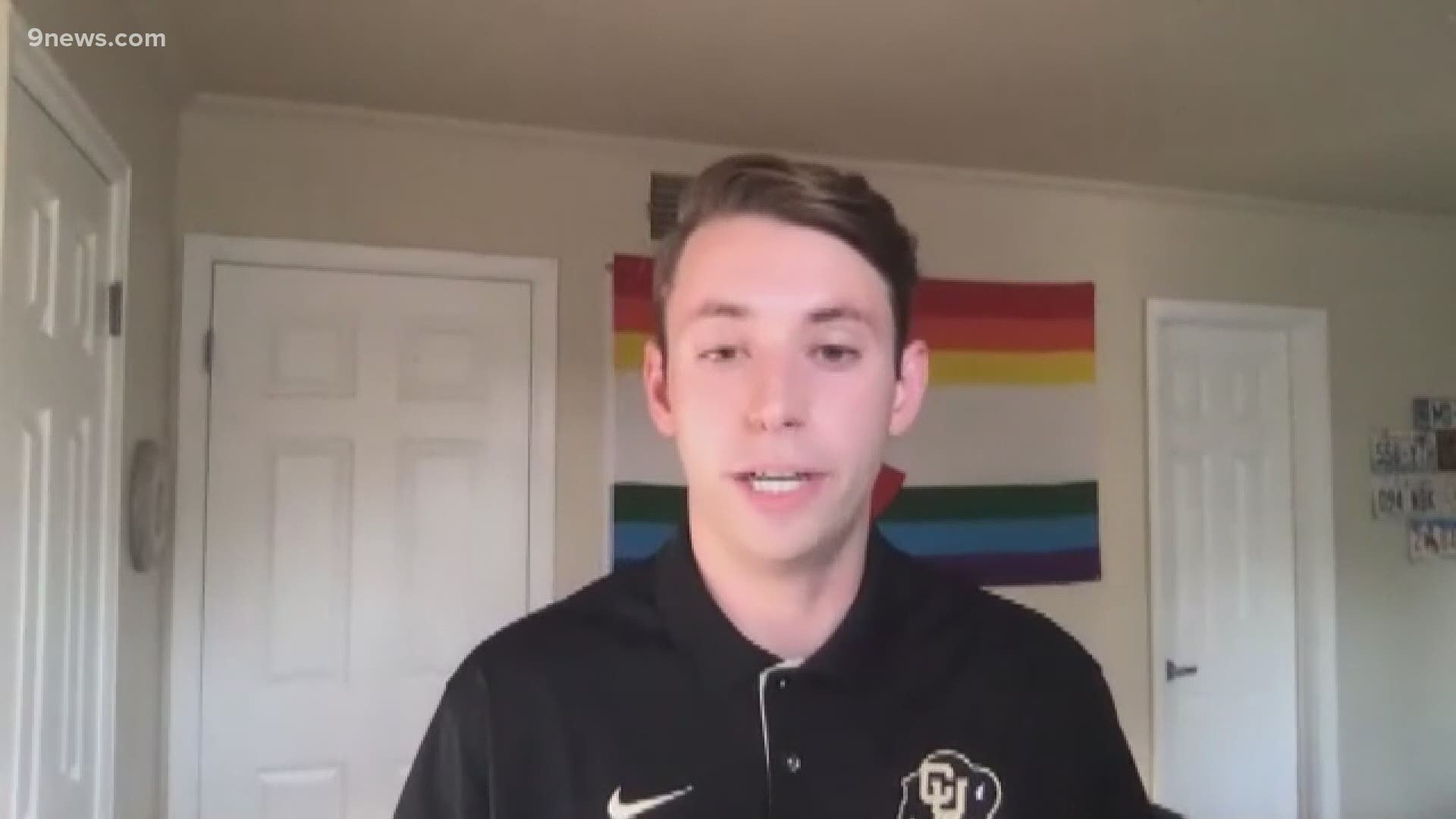 DENVER — Gay men across the country are flooding twitter with photos depicting their love.

They're taking back the term Proud Boys from the far-right extremist group that President Donald Trump told to "stand back and stand by" when he refused to condemn white supremacists in last week's debate.

RELATED: Trump to far-right extremists: 'Stand back and stand by'

Trump was responding to a question from debate moderator Chris Wallace, who asked the president if he would condemn white supremacist and militia groups that have showed up at some protests. Wallace specifically mentioned Kenosha, Wisconsin, where a white teenager was charged with killing two protesters during demonstrations over the police shooting of Jacob Blake, a Black man. Trump has repeatedly blamed “antifa,” which stands for the anti-fascist movement.

Following Trump's remark, the Proud Boys made posts of their own and t-shirts of the president's comments. The Southern Poverty Law Center has declared the Proud Boys as an extremist hate group.

Among the many people watching last week's debate was Denver resident Cutler Halverson.

"I thought it was very jarring and it almost promoted the group a little bit more," Halverson said.

Halverson said because of that moment, he researched the group further which he described as learned more about them. He said he also worried who else might be influenced by them.

Last Thursday, actor George Takei tweeted, "What if gay guys took pictures of themselves making out with each other or doing very gay things, then tagged themselves with #ProudBoys. I bet it would mess them up real bad. #ReclaimingMyShine."

Halverson joined a flood of social media users who began coopting the hashtag.

"I personally posted a photo of a couple of my gay friends and I on a hike at St. Mary's Glacier," he said. "And that's kind of how I took the hashtag and made it my own."

Rex Fuller, CEO of The Center on Colfax, said the Proud Boys have been a real threat to Colorado's LGBTQ+ community and said he feels it's important that people speak out against them.

"I'm very happy for any effort that can be done to try and disrupt those activities and to really expose those groups for the hate groups that they are," Fuller said.

Social media searches for Proud Boys now look a lot different than the ones that followed in the first few days after last week's presidential debate.

"They're photos of smiles and people having fun and living their lives to their fullest," Halverson said. "When you see that, it gives you life."

Halverson said as a gay man, he feels he has a responsibility to be a part of it and "get rid of the hate that we can, but then promote love as much as we can as well."