Incumbent Michael Hancock and challenger Jamie Giellis will compete in the Denver runoff election on June 4. 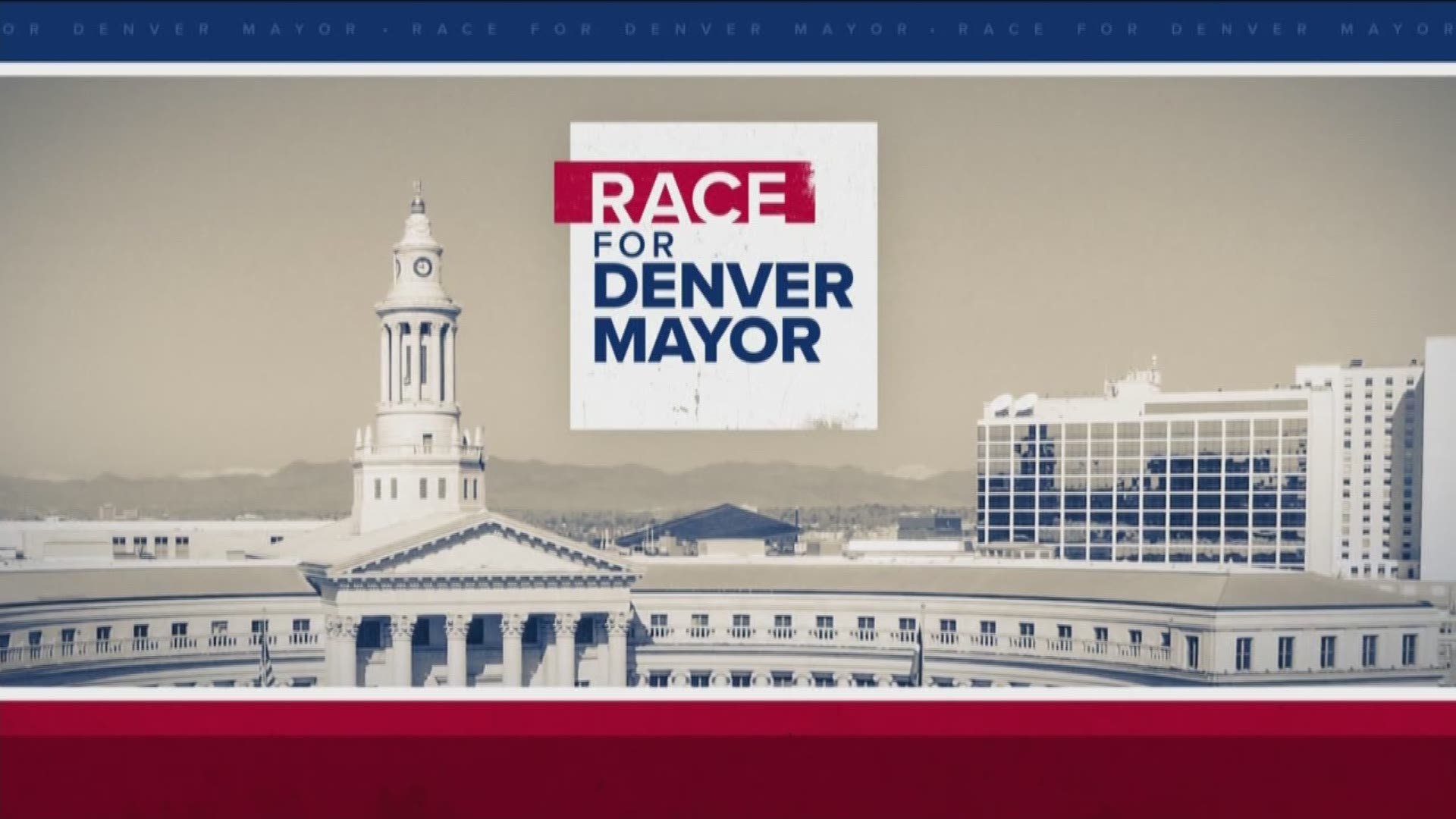 DENVER — He’s a Denver native who has held elected office for more than a decade, and who touts the city’s growth as its biggest asset.

She’s a Denver transplant who rose to prominence as the former president of the River North (RiNo) Art District, who believes that growth is one of the city’s biggest problems.

During Tuesday night’s 9NEWS mayoral debate, incumbent Michael Hancock and his challenger Jamie Giellis highlighted their distinct differences during an at-times tense discussion that covered topics ranging from the city’s boom in development to homelessness to sexism.

The debate happened the same day that Giellis went on the attack against Hancock, alleging that he created a culture of sexual harassment in city hall – something the mayor fervently denied, though he has admitted previously to sending suggestive texts to a security guard on his police detail.

Giellis made headlines last week after she botched what the initialism "NAACP" stood for during an event, and then scrubbed her social media accounts following the resurfacing of a 2009 tweet where she asked why so many cities have Chinatowns.

RELATED: They were opponents: Now these former Denver mayor candidates rally around Giellis in runoff

Hancock is the first Denver mayor forced into a runoff since 1995. He won just under 39% of the vote during the May election – the most of the candidates but not enough to secure the 50% plus one needed to win overall.

Giellis was in second, with just under 25%, meaning that she’ll face off against Hancock in the June 4 runoff.

Read a synopsis of their debate responses grouped by topic below. You can watch it in full by clicking on the video player above. 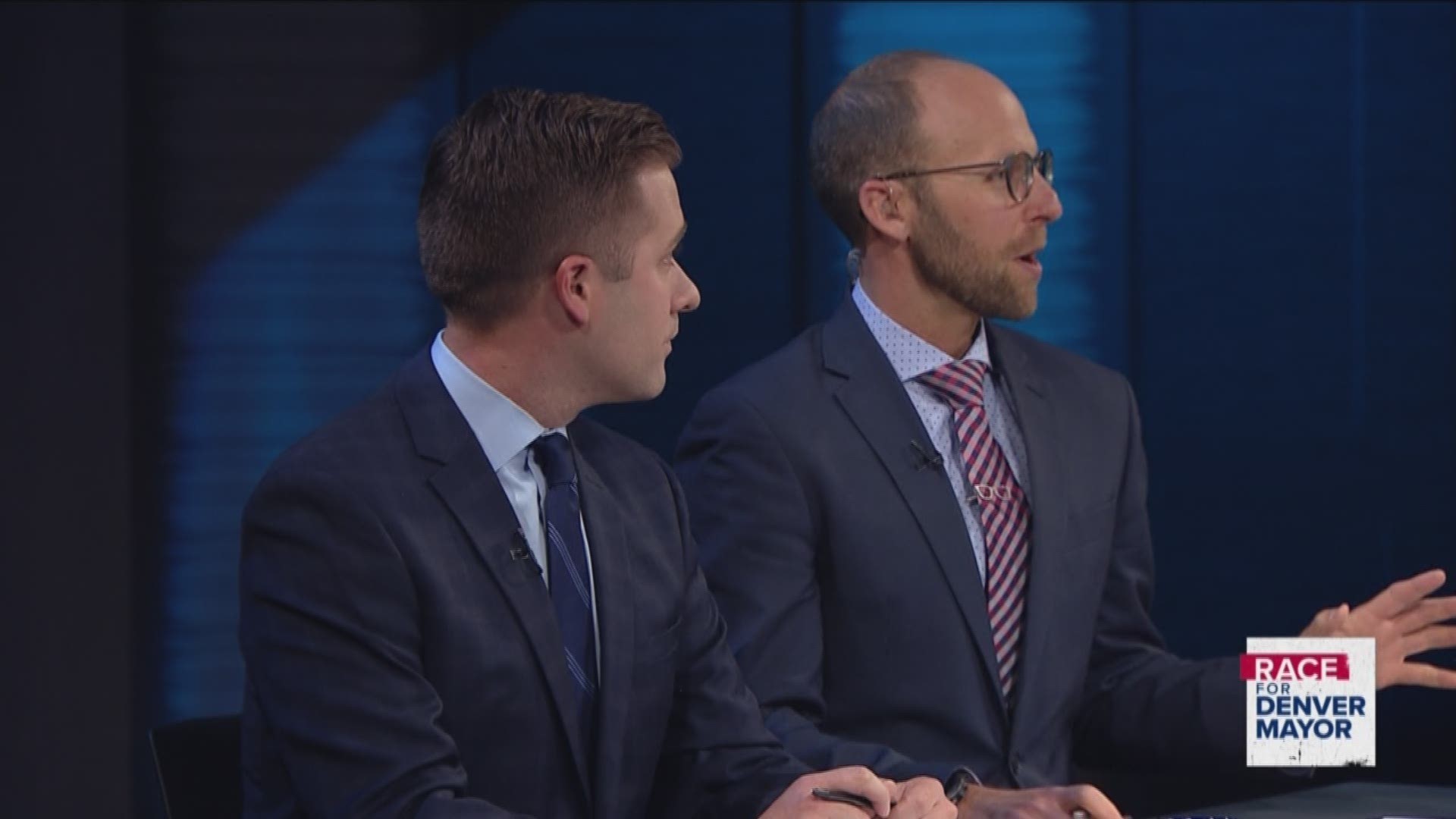 Both candidates acknowledged that Denver’s recent growth has led to certain pains and displacement for some communities. Their point of contention was about who to blame.

“This leadership that we have had in office for the past eight years has prioritized what developers want,” Giellis said.

Hancock said his focus was on pulling the city out of the recession.

“I would much rather be in a position to address the challenges of growth rather than a dying city,” he said.

The two candidates sparred over accepting developer money – specifically about Giellis’ donations from Kyle Zeppelin, a vocal Hancock dissenter whose development company was responsible for projects like The Source in RiNo. The Source is a hotel and market hall with independent retailers and restaurants. 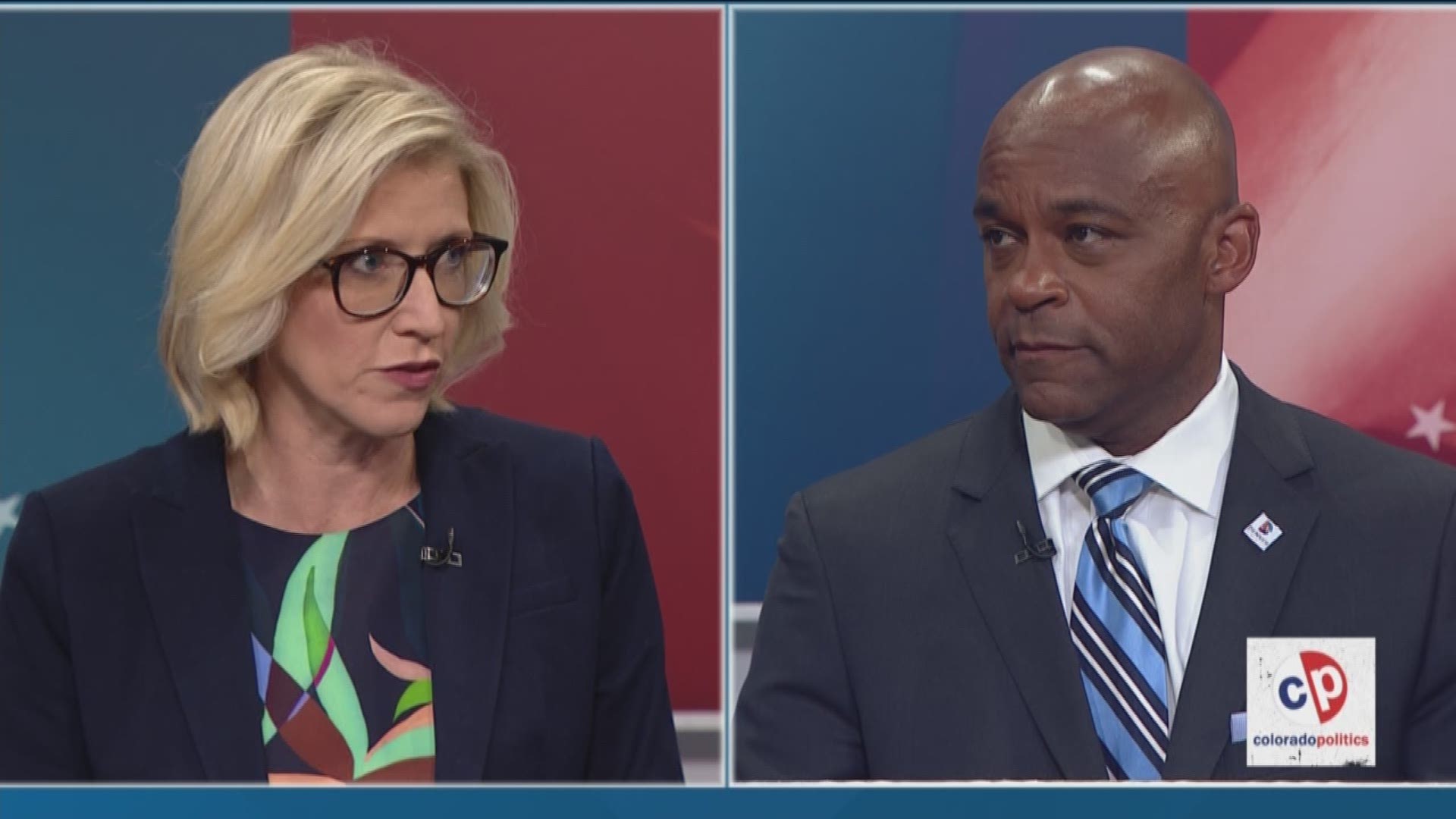 Hancock implied that Zeppelin handpicked Giellis as a candidate.

“That started this whole process of finding the candidate who could run for mayor,” Hancock said.

Giellis countered, arguing that “Kyle Zeppelin wasn’t out there buying votes for me.” 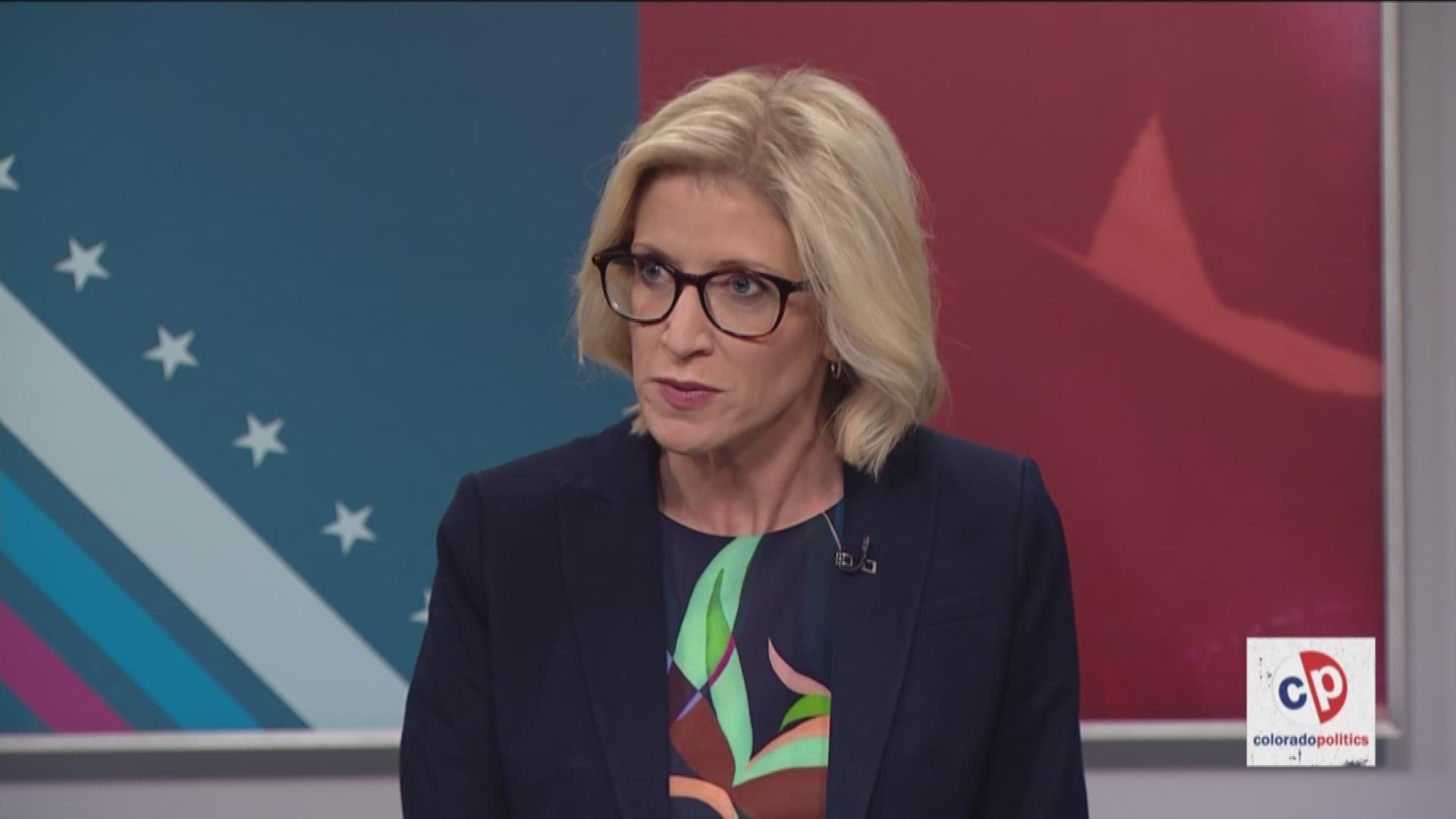 In response to questions about her news conference alleging a culture rife with sexual harassment at city hall, Giellis said: “Somebody has to stand up for those women.”

Hancock called this a lie.

“She can’t back up those very false accusations that were laid out there,” Hancock said. 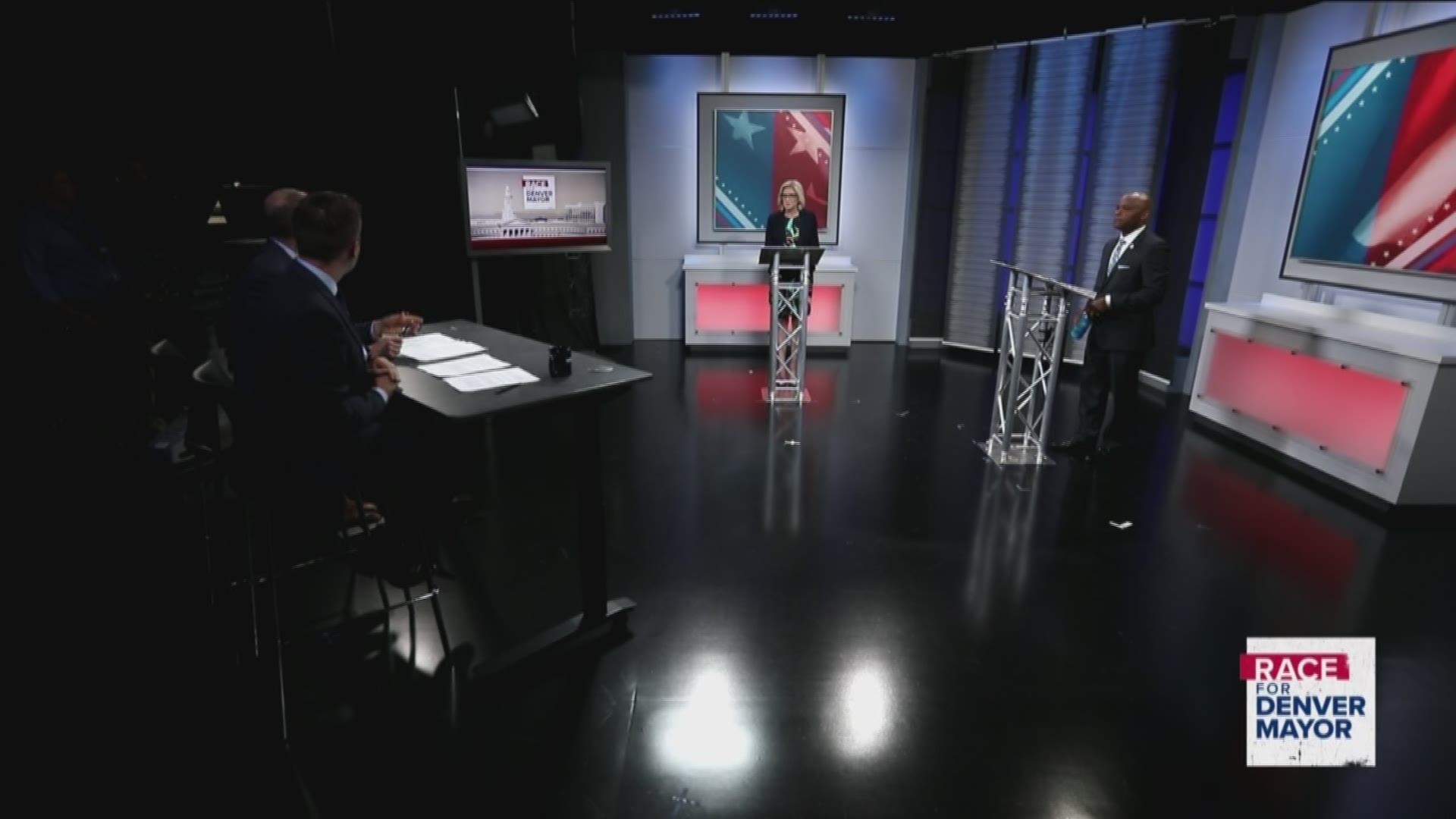 After 80% of Denver voters rejected an effort to end Denver’s urban camping ban, Giellis said she retooled her campaign’s platform, but that she wants to change the city’s policies if elected.

“Let’s be clear, the camping ban has been in place since 2012 and in that time, homelessness has quadrupled,” Giellis said, later adding that homeless sweeps in the city don’t work.

Hancock, who defended those sweeps, said they stemmed from the Occupy Denver movement in 2012, when he said more than 100 people per night were sleeping on the 16th Street Mall.

“We find nothing compassionate about allowing people to sleep outside,” Hancock said. “The people in Denver and our homeless deserve better.” 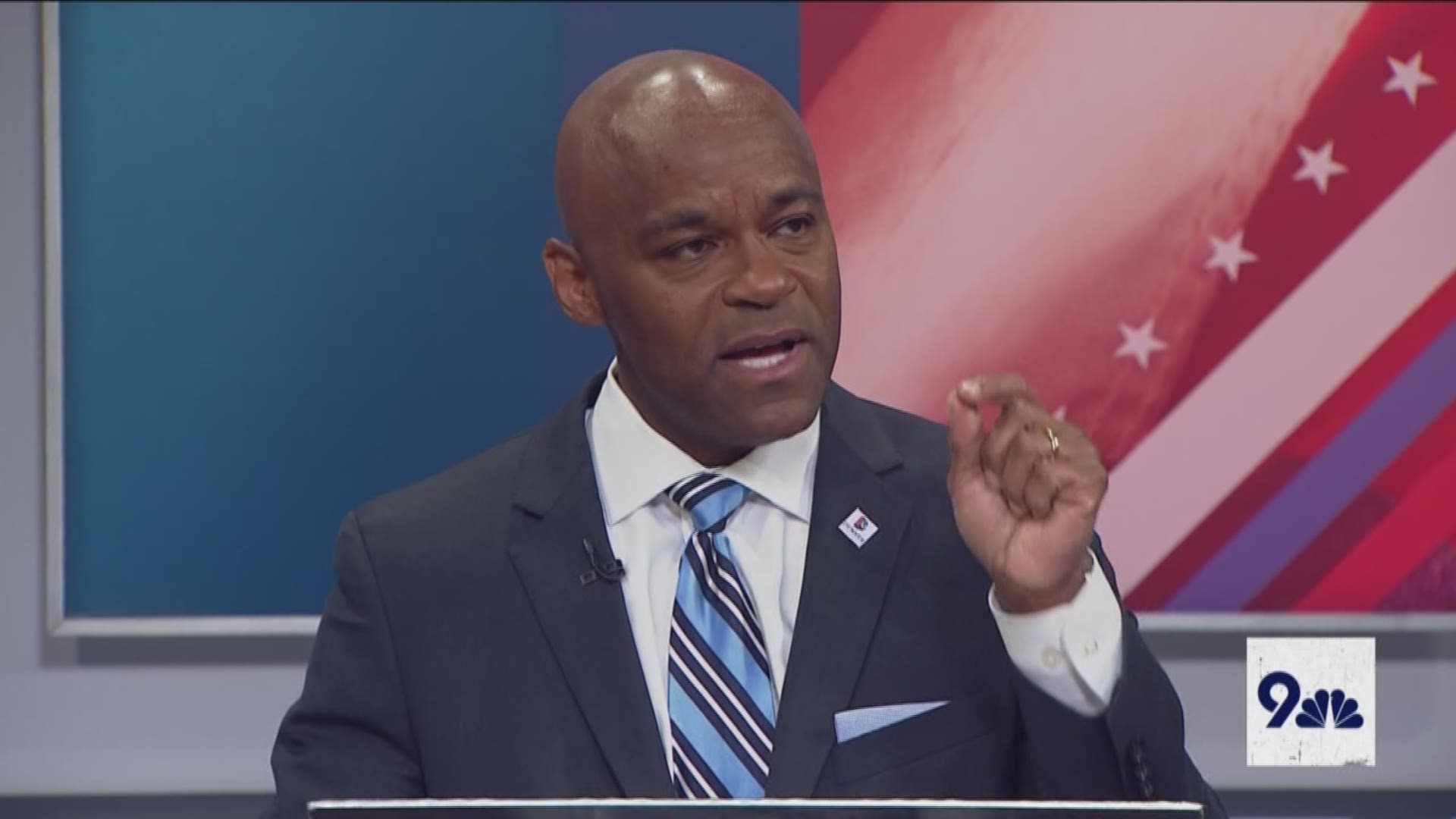 Hancock specifically asked Giellis about her ability to run a machine as large as the city of Denver.

“I’ve already worked with nearly every city agency in the city and county of Denver in some capacity,” Giellis countered.

“I don’t think Jamie’s prepared,” Hancock said later in the debate, acknowledging the two “disagree on policy quite a bit.” 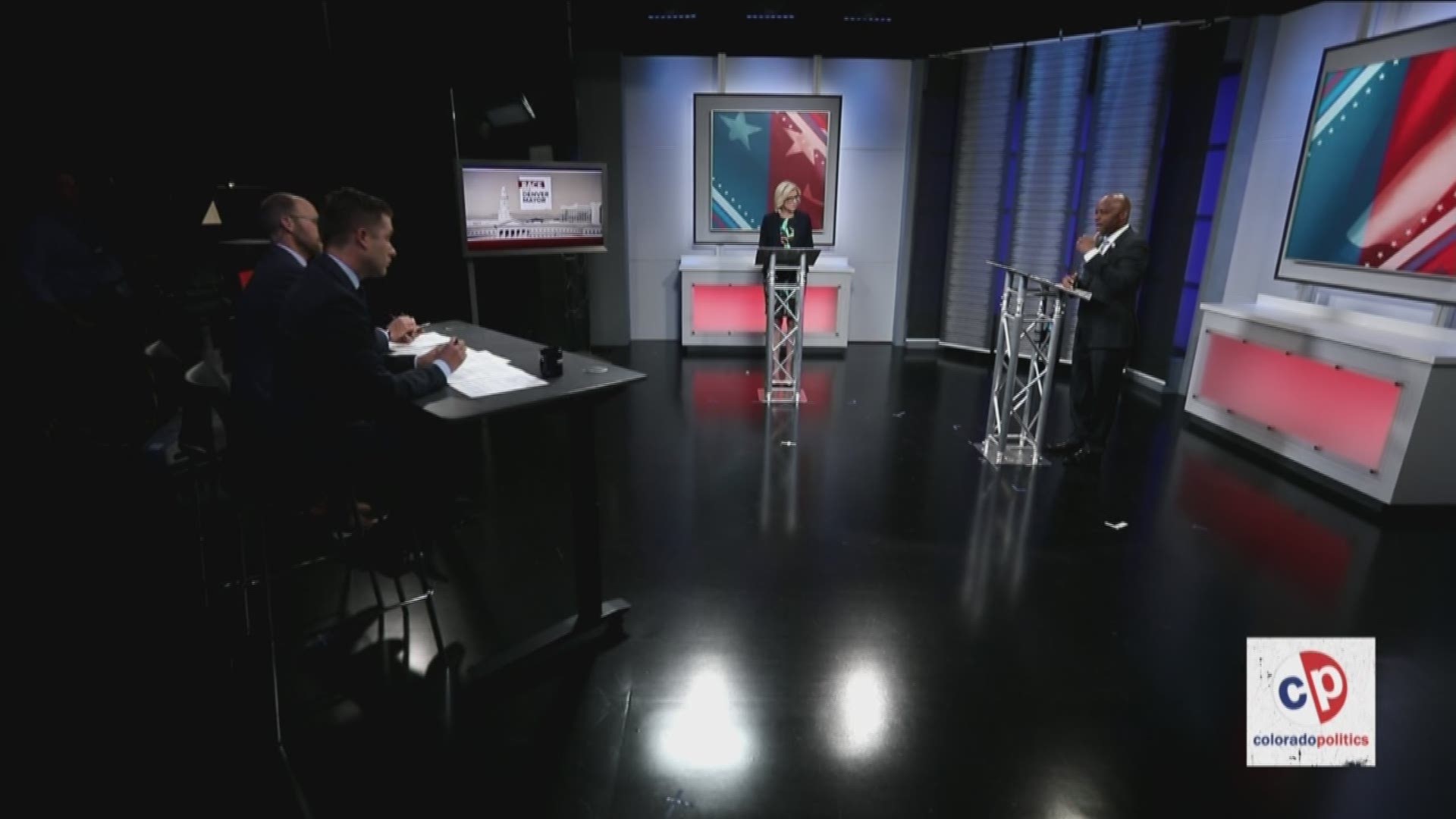 Hancock, a Denver native, argued that Giellis was a Colorado transplant who has “chosen not to vote in half of the elections in Denver.”

“She has helped to gentrify a piece of Denver that’s a historic piece of Denver,” Hancock said of the RiNo neighborhood, which is in a part of Five Points.

Giellis countered and said that was never her role, and that instead, she was brought in “because there was chaos in where the city was going.” 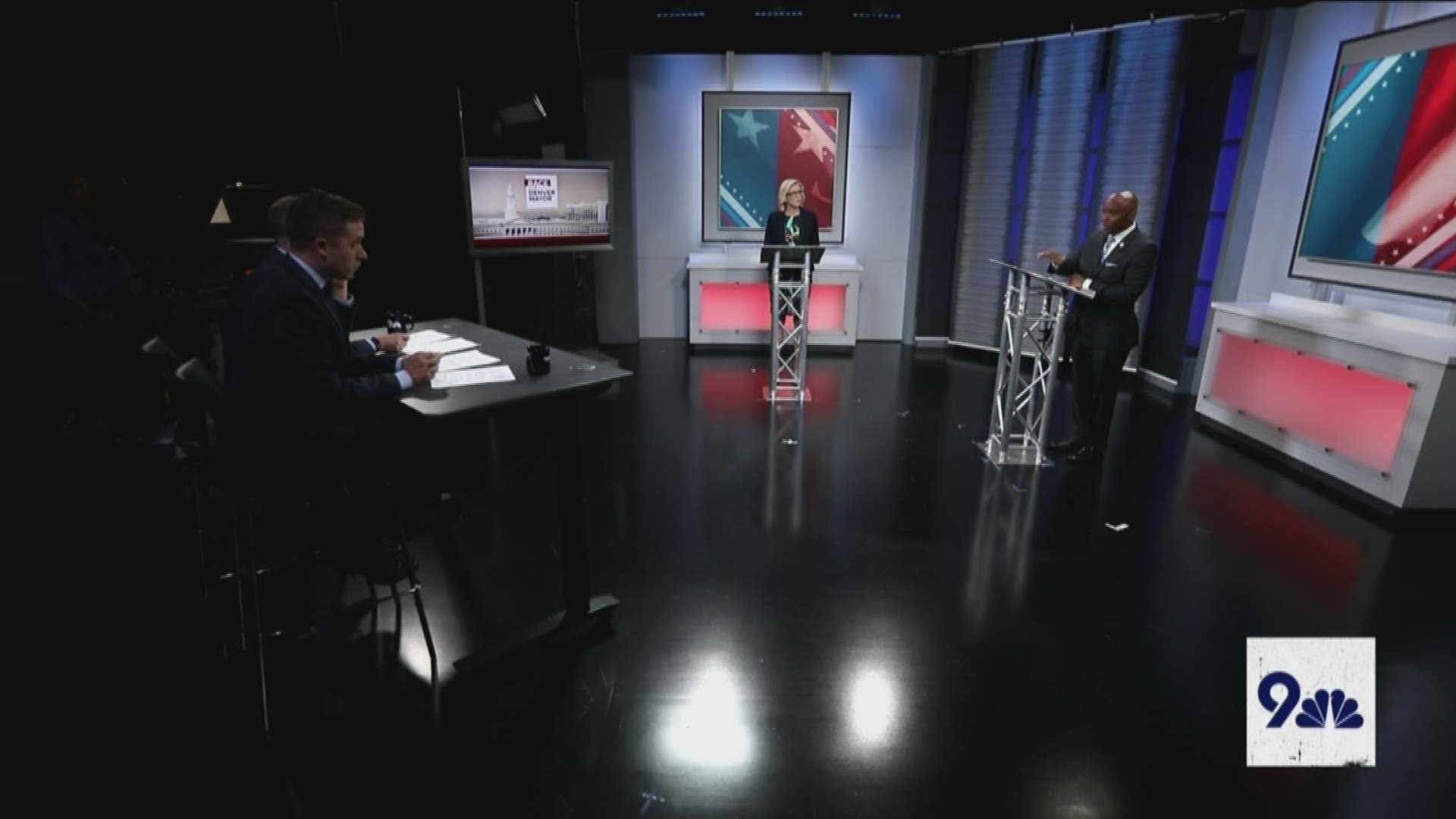 Giellis said there were other issues to address before perception when it comes to the city’s decriminalization of “magic mushrooms” in the May election.

“I think we have to worry about the welfare of our community before we worry about our image being the top priority,” Giellis said.

Hancock countered, saying that worrying about image is paramount and when he met with officials in Amsterdam, they cautioned about the city being known as a drug mecca.

“We need to protect the Denver that we know and love,” Hancock said, saying he has to work to bring conventions and businesses to Denver.

“We already have issues bringing conventions and visitors here because we haven’t dealt with homelessness,” Giellis countered.