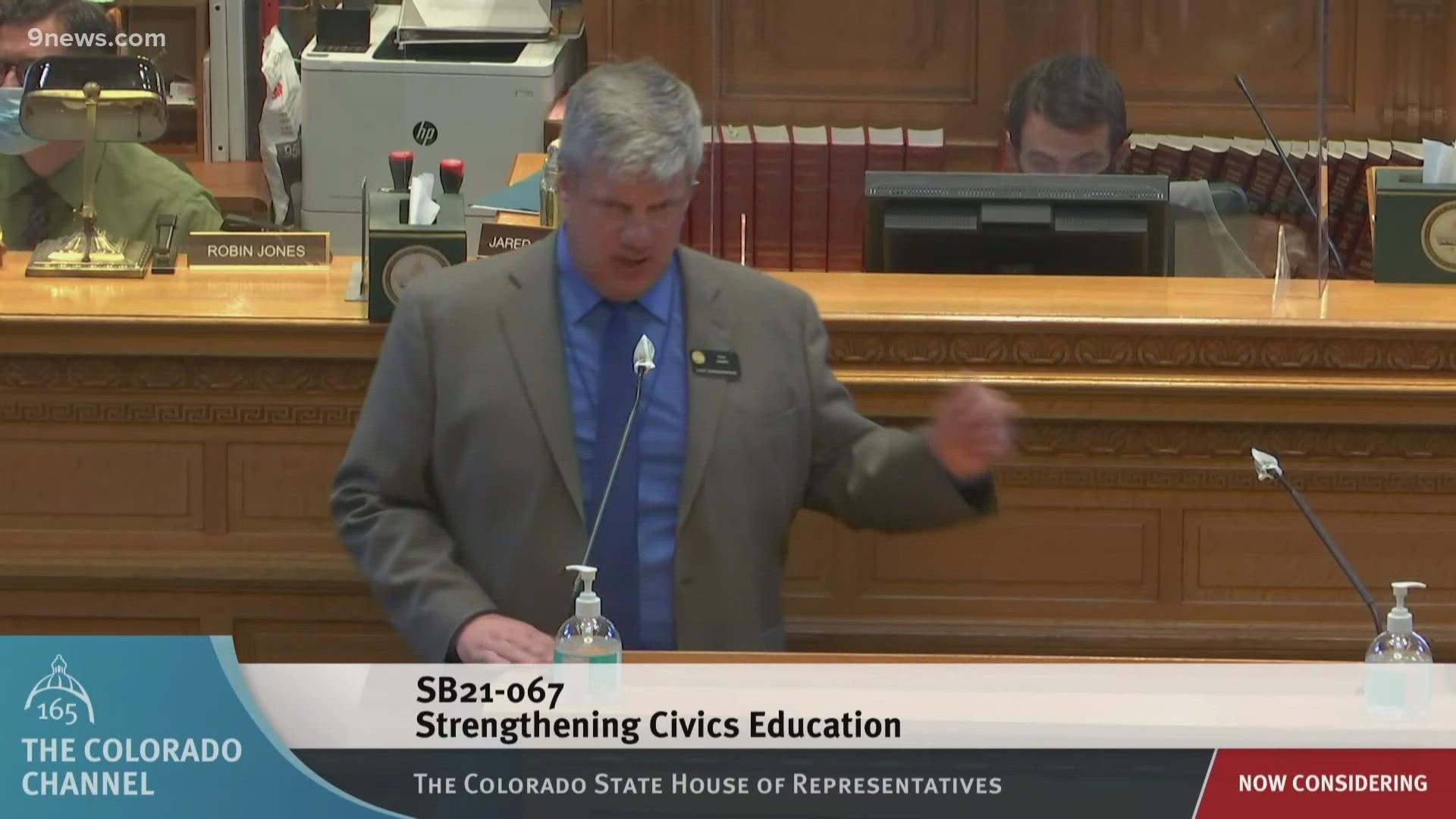 DENVER — A Republican state lawmaker who attended the Jan. 6 protest at the U.S. Capitol and has repeatedly questioned the results of the 2020 election is joining the crowded GOP primary field for Colorado's U.S. Senate seat.

State Rep. Ron Hanks, R-Cañon City, filed paperwork on Friday to run for the seat held by Democratic U.S. Sen. Michael Bennet in next year's election, becoming the sixth Republican to throw his hat in the ring.

Hanks confirmed he was running in a phone interview with Colorado Politics but said he didn't have any further comment, adding that he plans an announcement in the coming days.

"The U.S. Senate race needs to be shaken up a bit," Hanks said in a text message. "As the great Paul Harvey used to say, 'Stand by for news!'"

Hanks has been at the center of controversy at the statehouse since taking office in January, a week after he joined thousands of then-President Donald Trump's supporters at a rally the same day Congress met to certify President Joe Biden's election, which sparked an unsuccessful attempt by Democrats to expel him from the Legislature.

9NEWS readers can view the full article at Colorado Politics.