Current law protects a person’s right to display the American flag, service flags and political signs. Anything beyond that can be regulated by HOAs. 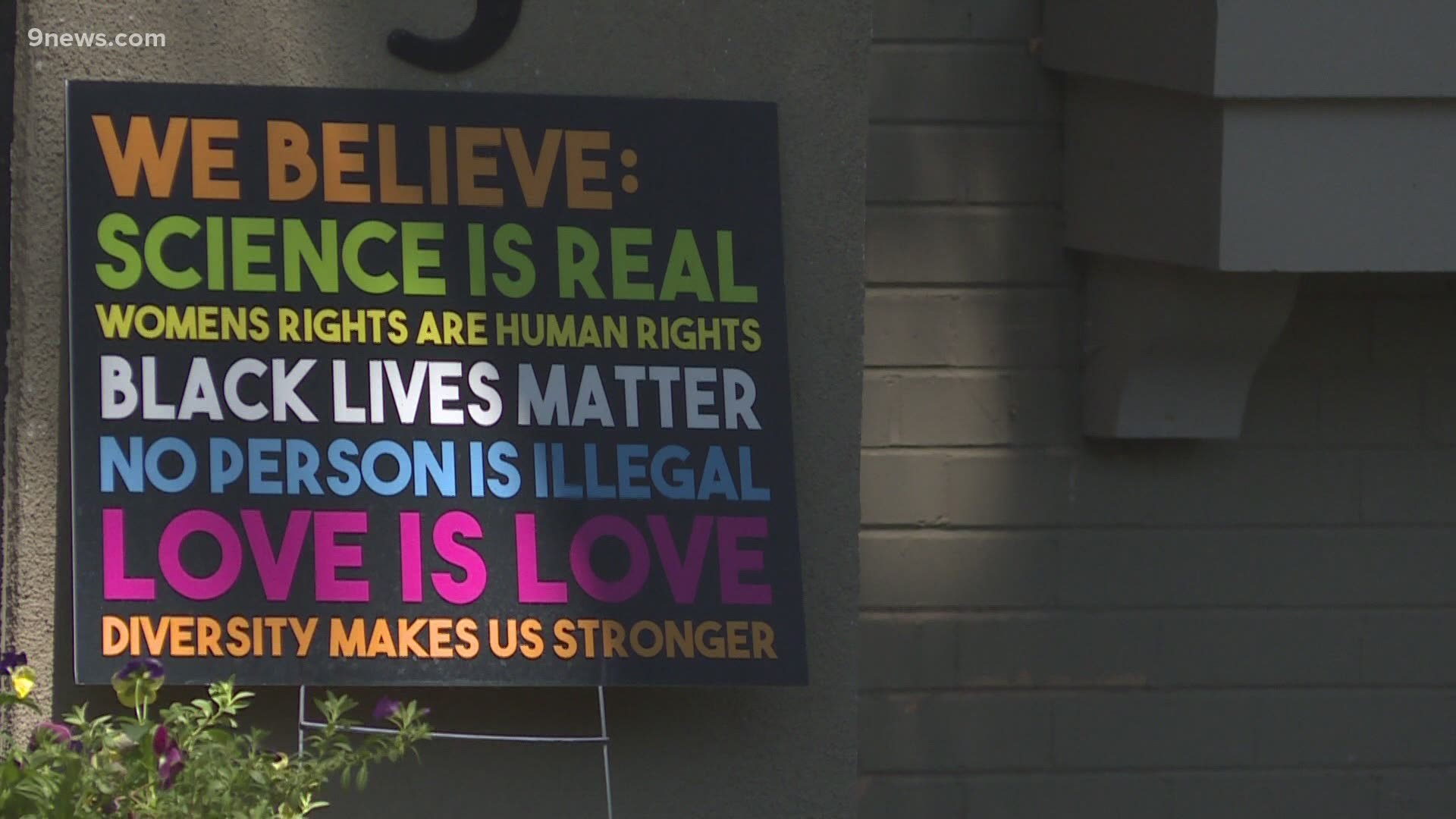 DENVER — Gov. Jared Polis is considering signing into law a bill that would forbid homeowner’s associations in Colorado from regulating the types of flags or signs someone can display on their property.

Both chambers of the legislature passed HB 21-1310.

“[HB 21-1310] simplifies and broadens these protections, requiring an HOA to permit the display of any flag or sign at any time, subject only to reasonable, content-neutral limitations such as the number, size, or placement of the flags or signs,” according to the bill’s text.

The American Civil Liberties Union (ACLU) of Colorado collected more than 50 examples of people who were upset over the current rules regarding signage in their neighborhoods.

“I think it’s important that people understand that this affects sort of both sides of the argument,” Arvada resident James Genotte told 9NEWS. “I can’t understand why a place like Colorado, a country like the United States, allows the blocking of free speech on your own property.”

The HOA for the community Genotte lives in does not allow him to display a "Black Lives Matter" sign in his front yard, according to Genotte.

“We stuck it in the yard, and both us and our neighbor got violations a couple weeks later saying that only approved signs are allowed… I got frustrated and spray-painted BLM on the tailgate of my pickup truck.”

In Castle Rock, resident Rob Shumway was told that he could not display his "Thin Blue Line" flag after an officer was killed in the King Soopers shooting in Boulder.

“Out of the blue, I got a nasty-gram, a letter in the mail, and an email, telling me to take it down, and I forwarded all that stuff to the folks at the ACLU,” Shumway said. “You don’t want anybody flying a Ku Klux Klan flag or anything like that, but that’s covered by hate speech laws. So, this wasn’t about that.”

The Community Association Manager confirmed Shumway’s story, “Currently [the HOA’s] rules & regulations are based off of what is written directly out of Colorado Common Interest Ownership Act, which is that the only permitted flags are military service flags and the American flag. A community association manager's role is to enforce the Covenants as written. The documents are written & voted in by the community of all owners.”

Both Shumway and Genotte expressed their concerns, along with other Coloradans, at the state Capitol in support of the bill.

RELATED: Dozens of cars rally in support of woman fighting to keep BLM sign in her window

“And boy, the more I heard the testimony that I was a part of, the more I was signed onto this,” Shumway said

9NEWS asked the governor’s office for a comment on whether he will sign the bill into law. A spokesperson responded, “The Governor will review any bill that comes to his desk."