State and city leaders go back and forth over the ban on Twitter. 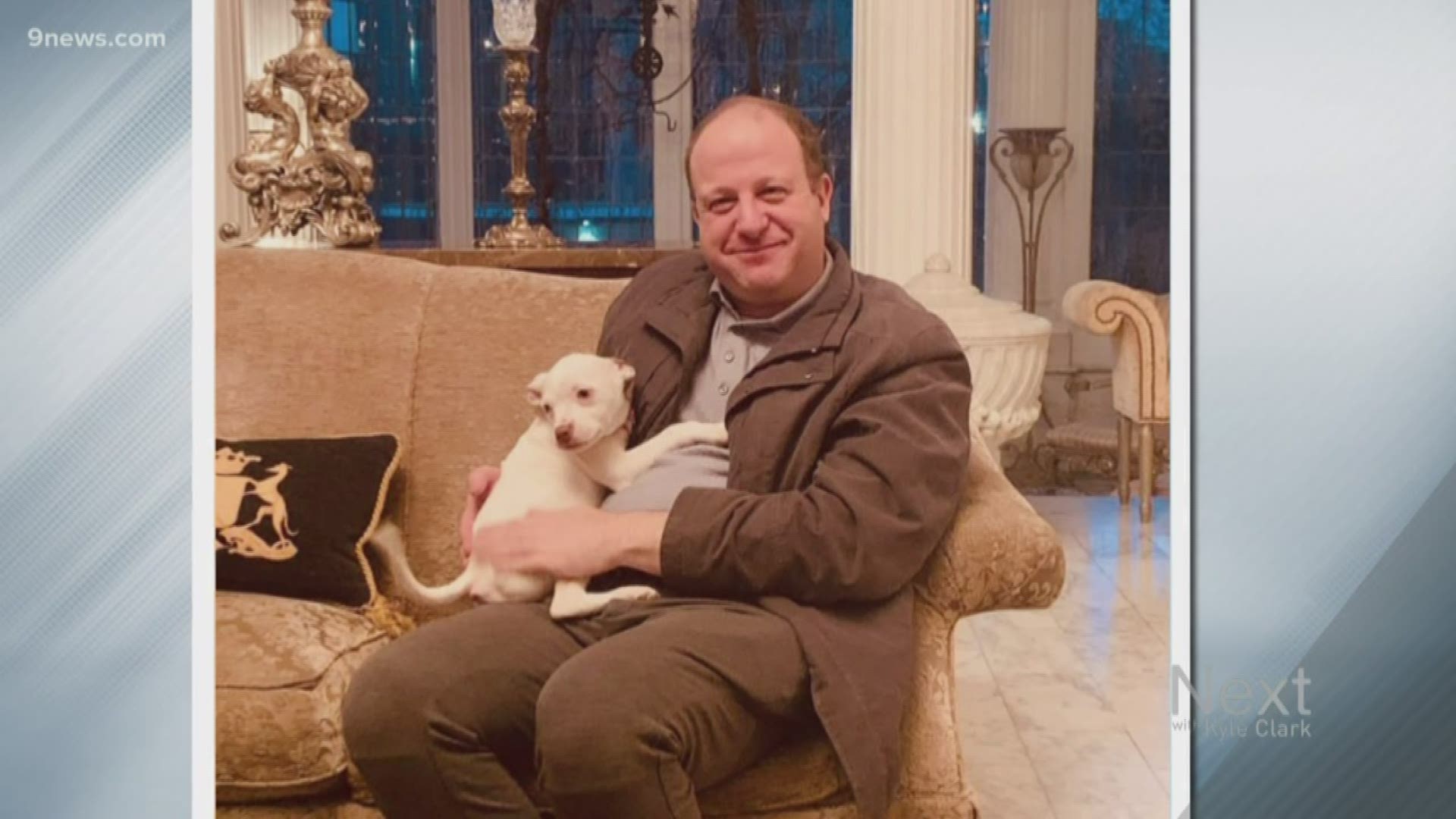 DENVER — Colorado Governor Jared Polis tweeted a photo of himself posing with a pit bull days after Mayor Michael Hancock vetoed a bill that would repeal a ban of the breed in Denver.

Polis tweeted the photo Sunday night with the caption, "Freda, a friend’s new pit bull rescue pup, joined us at the governors mansion in Denver tonight (shhhh)." Hancock responded with a tweet of his own that said, "Wow!!" The governor tweeted back with a meme of Scooby Doo saying “Ruh Roh.”

On Monday, Feb. 10, Denver City Council voted to overturn the 30-year-old pit bull ban by a 7-4 vote. Friday, Mayor Hancock issued the veto. The veto became the first he'd ever issued since he took office in 2011.

The governor's office told 9NEWS that the puppy was only visiting, and while Polis might not agree with the mayor's decision, the post was meant to be light-hearted:

“The Governor was having some family time at the governor's mansion on Sunday, and his friend just got a puppy and brought her over. The governor's children love puppies and were delighted. He has held several adoption fairs at the mansion and looks forward to helping find forever homes for more dogs and cats. Unfortunately, what was meant as a light-hearted post came at a sensitive time. The Governor respects that there are hard decisions to be made and has faith that even if he might not agree with every local government decision, the Mayor and City Council did what they believe [is] the best thing for Denver.”

One person on Twitter tried to bring Polis' tweet to the attention of the Denver Police Department (DPD). However, in the event that this puppy actually lived at the governor's mansion, DPD wouldn't burst in to issue a citation.

If an illegal breed is reported, officers with Denver Animal Protection (DAP), which is in charge of policing breed bans, would go to the address and assess whether the dog really is a pit bull. But in this case, the dog is too young. Puppies, like the one the governor is pictured holding, are not developed enough to show pit bull characteristics, the Denver Department of Public Health and Environment said.

DAP will not investigate until the dog is at least 10-months-old.

The bill the mayor vetoed is not yet completely off the table. It will now head back to Denver City Council on Tuesday. The council will need nine votes to override the mayor's veto.