Green technology could replace the graveyard in Colorado under 2020 bill

The idea is a process to convert dead bodies into compost that can then be used to fertilize a garden, or in conservation efforts. 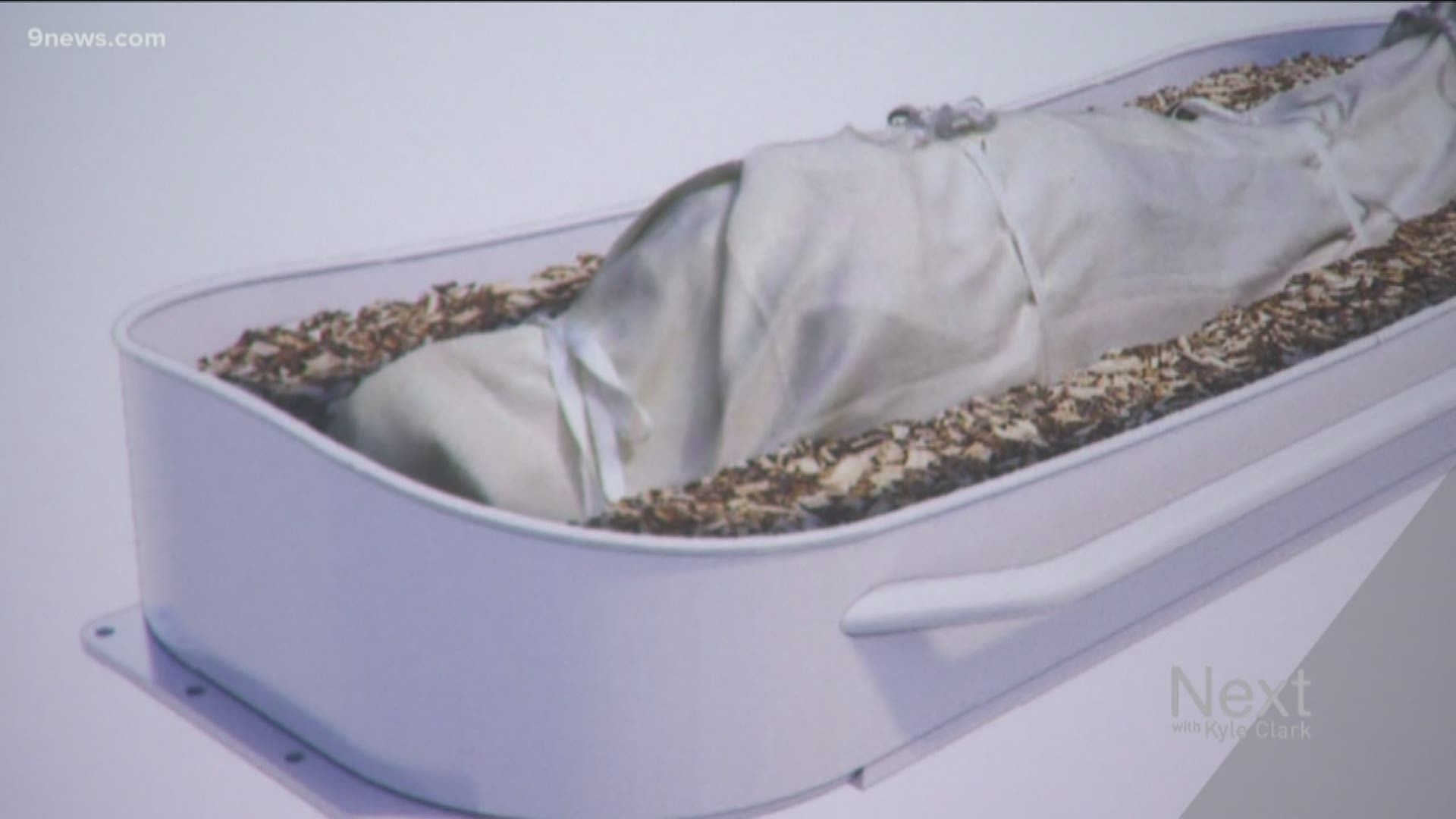 COLORADO, USA — It's got a bit of the creepy factor (don't kick the dirt, that's Uncle Joe!), but the idea of turning people into compost has arrived in Colorado.

State Rep. Brianna Titone (D-Arvada) and Sen. Robert Rodriguez (D-Denver) have latched onto an idea that's getting a foothold in Washington state: a process to convert dead bodies into compost that can then be used to fertilize a garden, or in conservation efforts.

Right now in Colorado, there are four legal options for a body post-death: traditional burial, cremation, alkaline hydrolysis and green burials that involve no chemicals and biodegradable caskets.

Titone said she wants to add Natural Organic Reduction to that list.

"It would basically use no chemicals and very little energy and be a very gentle process to allow people to return to nature in a gentle friendly way," she said.

In Natural Organic Reduction, the body is surrounded by wood chips and alfalfa, placed in a vessel, and after 30 or so days, become soil.

The process is the brainchild of Katrina Spade of Washington, president and CEO of ReCompose Seattle.

It borrows on what farmers, ranchers and horse owners have been doing for decades: putting their dead animals into a place where the animal decomposes naturally. On farms and ranches, that's often a manure pile. Transportation agencies have done the same for years with roadkill.

“This is a way that I can feel good about leaving this earth, leaving behind a positive legacy for the next generation," Titone said.

This will be one of the first bills she introduces in 2020, and Titone said she doesn't expect much opposition.

“There's only a couple things we can always be sure of in life and that's death," she said. "Birth and death are the things everyone shares.

Colorado Politics contributed to this report.