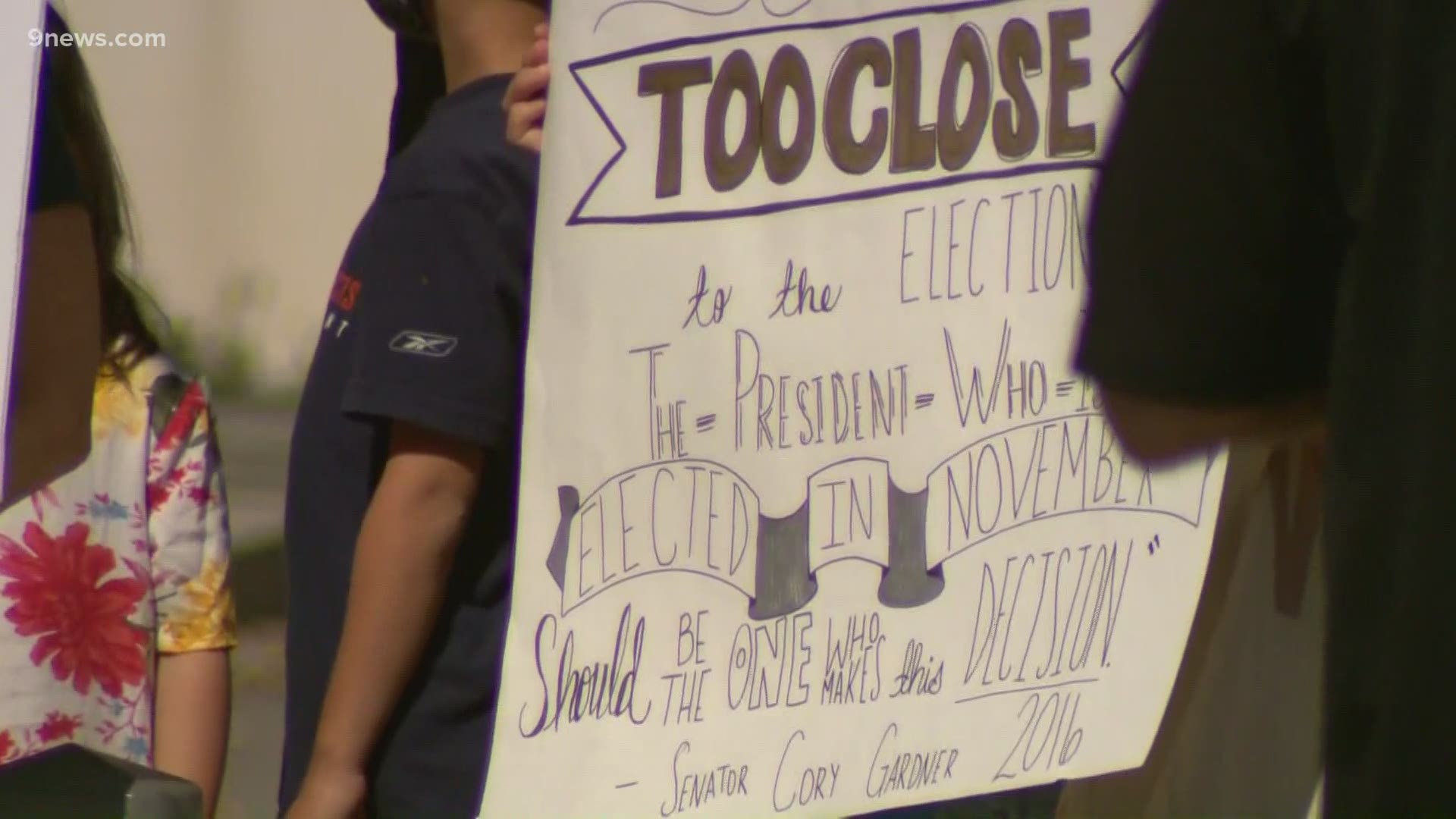 DENVER — U.S. Senator Cory Gardner (R-CO) released a statement Monday, saying he will vote to confirm a nominee for the Supreme Court, as long as that person meets some criteria.

“When a President exercises constitutional authority to nominate a judge for the Supreme Court vacancy, the Senate must decide how to best fulfill its constitutional duty of advice and consent. I have and will continue to support judicial nominees who will protect our Constitution, not legislate from the bench, and uphold the law. Should a qualified nominee who meets this criteria be put forward, I will vote to confirm.”

A group gathered outside of Denver's Byron Rogers Federal Building and U.S. Courthouse on Monday to protest the filling of the U.S. Supreme Court vacancy left by the death of Justice Ruth Bader Ginsburg before November's election.

"We will NOT be blocking access to the plaza, the buildings, the sidewalk, or any other public right of way," the post read.

President Donald Trump said Monday he expects to announce his pick for the Supreme Court on Friday or Saturday, after funeral services for Ruth Bader Ginsburg and just days before the first presidential election debate.

Trump told “Fox & Friends” that he had a list of five finalists, “probably four,” and that he is pushing for a confirmation vote before Election Day.

Democrats have howled in protest, pointing to the hypocrisy of Republicans for rushing through a pick so close to the election after refusing to do so for President Barack Obama in 2016.

RELATED: Ruth Bader Ginsburg to lie in repose at Supreme Court, lie in state at US Capitol