Democratic U.S. Senate candidate John Hickenlooper eventually said he would comply with a subpoena to appear, but after already missing the start of the hearing. 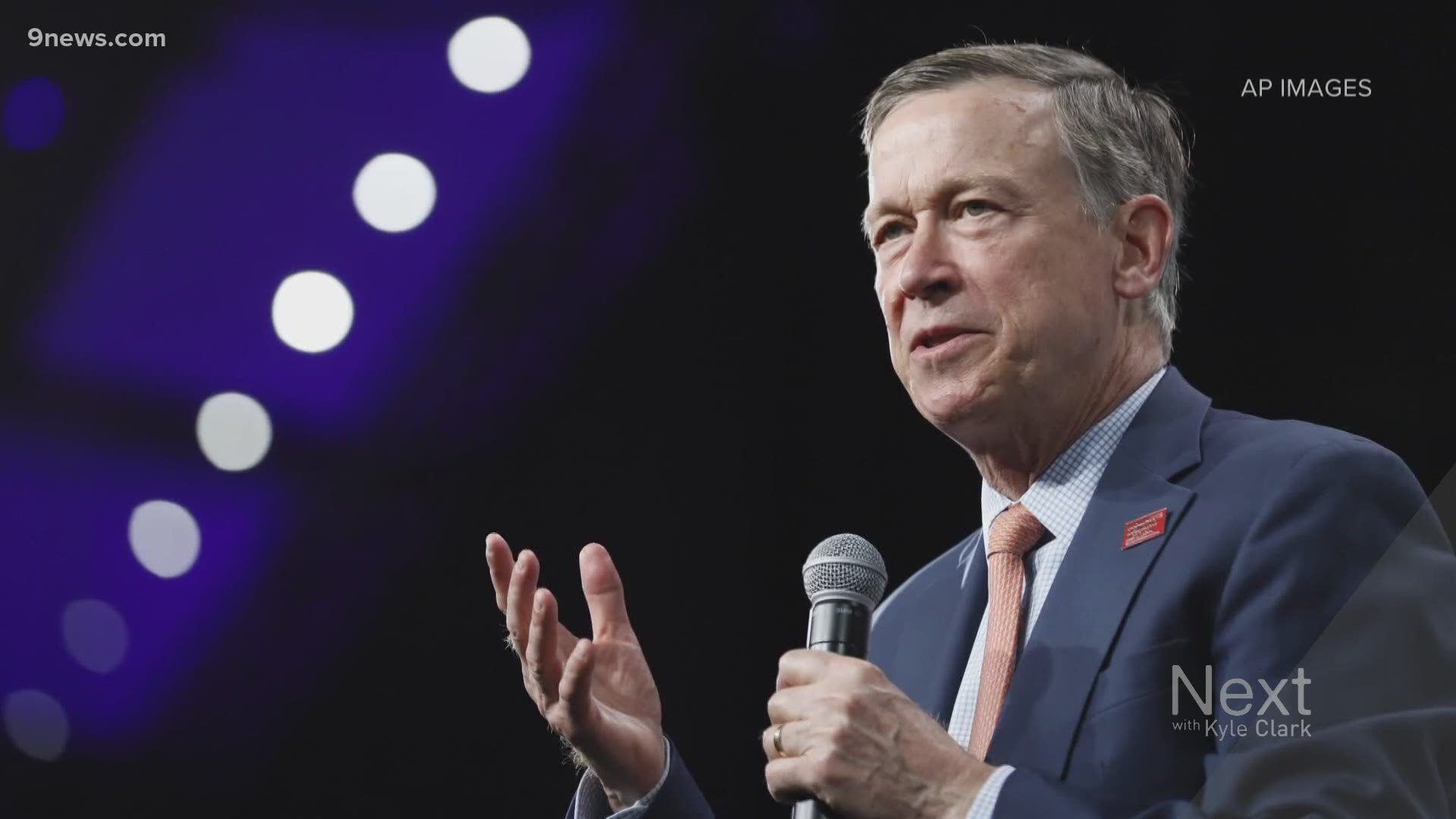 DENVER — After initially refusing, Democratic U.S. Senate candidate John Hickenlooper agreed through an attorney on Thursday afternoon to comply with a subpoena to appear in front of Colorado's Independent Ethics Commission.

The commission hearing is to determine if Hickenlooper committed any ethics violations by receiving illegal gifts regarding travel, meals and accommodations while he was governor of Colorado.

Hickenlooper tried to quash that subpoena that required him to testify at the hearing, but a judge ruled against him Wednesday night. Early Thursday, Hickenlooper's legal team filed an appeal, which had not been ruled on by the time the commission hearing began at 9 a.m.

When the hearing started, neither Hickenlooper, nor any of his legal team, were present.

However, 15 minutes after it started, his Denver-based attorney, Mark Grueskin, appeared and apologized saying he had internet connection problems. The fact that the hearing was happening via Webex was a main contention with Hickenlooper, who has previously said he would agree to an in-person hearing in August, which would be after the Democratic U.S. Senate primary vote concluded.

As the hearing proceeded without Hickenlooper, Democratic Attorney General Phil Weiser's office filed a motion in Denver District Court to have a judge enforce the subpoena to have Hickenlooper testify at the hearing.

"The Independent Ethics Commission, by and through its counsel, the Colorado Attorney General, hereby moves for an order enforcing a Subpoena to Appear against Respondent, John Hickenlooper," the motion stated.

"WHEREFORE, the Commission respectfully requests that this Court issue an order directing Respondent, John Hickenlooper, to appear by telephone or by videoconference to make a statement at a remote hearing via Cisco WebEx Meetings set for June 4-5, 2020, as directed in the Subpoena issued on June 1, 2020. The Commission further requests that this Court consider this Petition on an expedited basis," the motion concluded.

By 3 p.m., Grueskin announced Hickenlooper would accept and comply with the subpoena to testify via webcam, but the attorney said he could not produce his client for a hearing on this day. Grueskin proposed June 16. Ballots for the primary, in which Hickenlooper faces Andrew Romanoff, get mailed June 9. Election Day is June 30.

The Independent Ethics Commission, however, said they did not want to wait that long for the former governor and voted 5-0 finding him in contempt for not appearing, despite the subpoena.

"The subpoena was for today," said chairwoman Elizabeth Espinosa Krupa. "I'm not willing to wait until the 16th."

By Thursday night, a judge granted the petition to enforce the subpoena.

Commissioners will start their meeting on Friday discussing sanctions for Hickenlooper ignoring the subpoena.

Hickenlooper's legal team had tried to fight his appearance on the web-based hearing, arguing to a judge that video glitches could interfere with the ability of the ethics commission to ascertain credibility.

And the hearing was not without disruption.

The commission went into executive session for 30 minutes earlier in the day. However, during the executive session, the public web conference remained open. There was a constant ding of people entering the room. At one point, someone entered and asked if she was in the hearing room. A reporter with Colorado Politics updated the person on what was happening. Then, the director of the ethics commission asked for silence, as the commissioners could still hear the public web conference portal.

During the executive session, a new participant entered the room and could be heard opining about Hickenlooper and what he's been accused of violating.

"Everyone does stuff like that," the woman said before being told to mute her phone.

After the executive session, the hearing began.

When Grueskin started to answer if Hickenlooper would appear, the hearing heard commissioner Yeulin Willett saying he could not hear the answer. Grueskin stopped and Willett's audio issues were resolved.

"The governor will appear through counsel, but he will not appear personally?" a commissioner asked Hickenlooper's attorney.

Her opening statement was briefly interrupted by an unmuted new participant, who listed their name as "Turd Ferguson."

At times, the Webex hearing resembled a Saturday Night Live skit, the show that made Turd Ferguson a household name. When people entered the hearing, which was available for anyone in the public to view, their mics would default open and a robotic tone would sound. You could hear people giving directions, making commentary and at one point, a dog started barking.

Staiert called two witnesses. The first was Sen. Bob Gardner, R-Colorado Springs, who attended the commissioning of the USS Colorado in Connecticut. That is one of the trips Hickenlooper took in which he is accused of receiving an improper benefit in the form of private air travel and hotel accommodations.

When Staiert started to question Gardner, a new participant entered, and a phone conversation could be heard.

"As reported, today’s meeting was a 'massive technical mess,' confirming concerns we’ve raised for months. In order to put an end to the partisan political circus orchestrated by a dark money Republican group, Governor Hickenlooper offered to testify, and though that was rejected, he remains ready to appear."