58% of Democratic voters said they supported Hickenlooper, 28% said Romanoff and 14% were undecided. 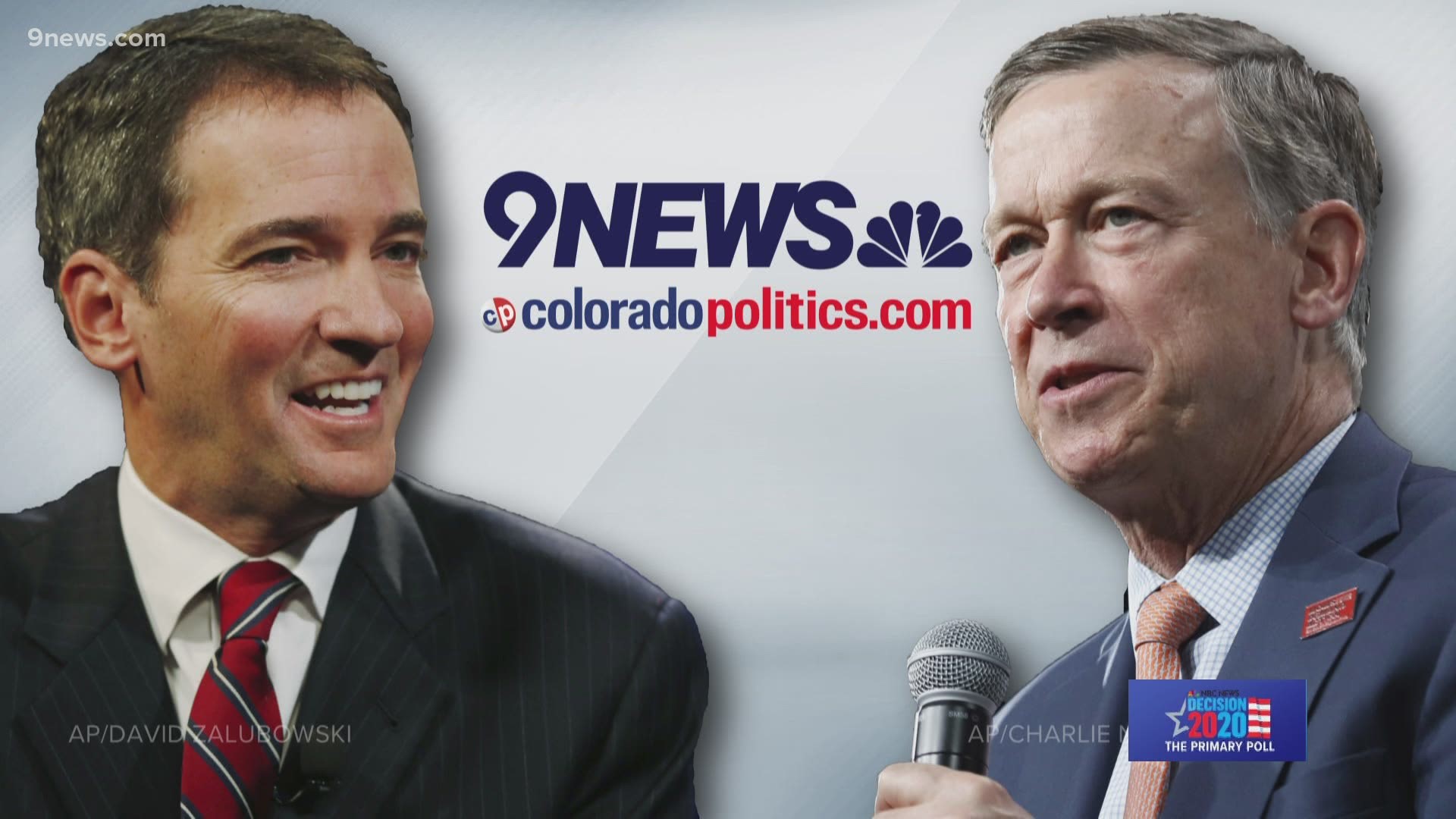 DENVER — A 9NEWS and ColoradoPolitics.com survey of Colorado voters shows that former Gov. John Hickenlooper is still the favorite to take on incumbent Sen. Cory Gardner (R-Colorado) in the November general election, despite ethics violations and a challenge from former state Speaker of the House Andrew Romanoff in the Democratic Senate primary.

The poll was conducted by SurveyUSA, which interviewed 1,650 adults in Colorado between June 19 and 24. Of those interviewed, 1,417 are registered to vote in Colorado. Of those 1,417, the survey determined 575 were Democrats or unaffiliated voters who are likely or certain to return a Democratic primary ballot by the June 30 deadline.

This is the only independent poll asking registered voters questions about Hickenlooper and Romanoff.

Of the 575 Democrats and unaffiliated voters who said they were likely to vote, 58% said they're voting for Hickenlooper, 28% for Romanoff and 14% were undecided. The credibility interval for this result was +/-6%, and the numbers are rounded up, which is why the total adds up to 101%.

A credibility interval is different from a margin of error and is used to measure the accuracy of non-probability-based surveys, according to the American Association for Public Opinion Research.

Hickenlooper, who withdrew from the presidential race last year after saying numerous times that he was not interested in running for Senate, changed course in August 2019 and has been seen as the frontrunner ever since.

Hickenlooper has given Romanoff an opening after the former governor was found to have violated Amendment 41 while in office. The state ethics commission determined that Hickenlooper violated the state's gift ban on two trips he took while governor. He was first held in contempt for not testifying when he was subpoenaed, and then after he appeared, he was fined $2,750 for the two violations.

Gardner is considered one of the most vulnerable Republican incumbents up for re-election in 2020 since Colorado — which is still considered a purple state — has voted for Democrats in the last three presidential elections and currently has a Democratic governor and liberal majority in the state legislature. 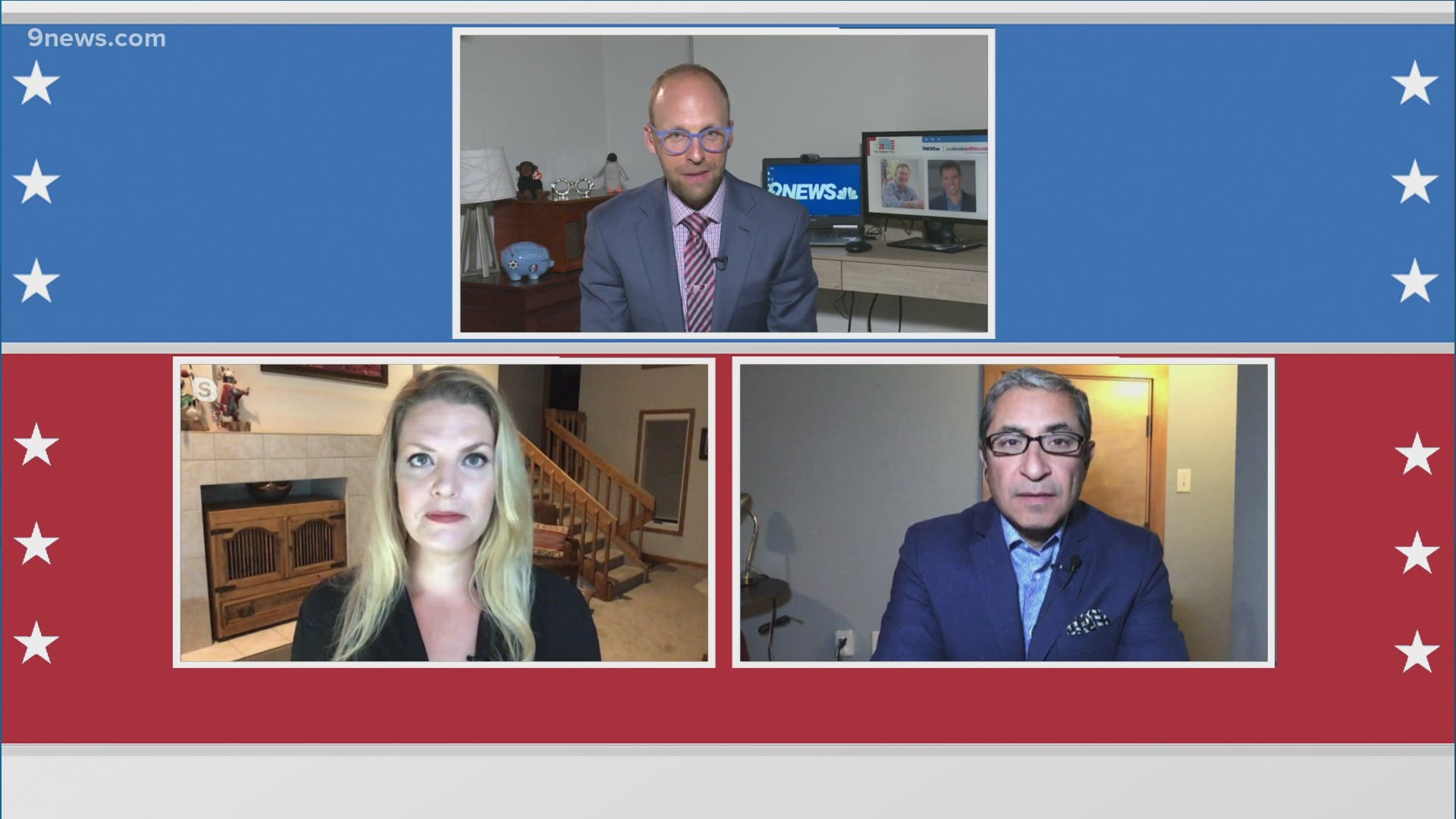 Here’s a look at some of the takeaways from the 9NEWS and ColoradoPolitics.com survey, which was released five days before the primary.

A 67% majority of likely voters in the Democratic primary said they believe Hickenlooper has a better chance of beating Gardner on Nov. 3 than Romanoff. Just 18% of voters said Romanoff was a stronger candidate against the incumbent than Hickenlooper, according to the survey.

Hickenlooper, who is seen as the more moderate candidate, fit that description in the survey. When asked if Hickenlooper is “too far to the left” for Colorado, only 6% agreed and 54% said he was perfectly positioned, according to the poll results. Another 11% said he is too far to the right, and 24% said they weren’t sure.

Fourteen percent of those respondents said they believe Romanoff is too far to the left, while 27% said he was perfectly positioned, 8% said too far to the right, and 52% said they weren’t sure.

While only 18% of respondents said they believe Hickenlooper is “fundamentally ethical,” 62% said the former governor is an “ethical guy who made some mistakes.”

Nine percent said he was fundamentally unethical, and 11% said they weren’t sure.

According to the poll, 36% of voters who identify as “very liberal” said they support Romanoff in the primary.

Of those voting for Romanoff, 37% said they used to support Hickenlooper. A large proportion of the 32% who said they have always supported Romanoff are well-educated, married liberals, according to the poll.

Among voters between ages 18 and 34, Romanoff closes within nine points of Hickenlooper, according to the results.

Meanwhile, 80% of respondents who are voting for Hickenlooper said they have always supported him, and just 2% said they used to be for Romanoff.

Fifty-seven percent of respondents said they will vote for Hickenlooper enthusiastically, and 33% said they’d do so with reservations. 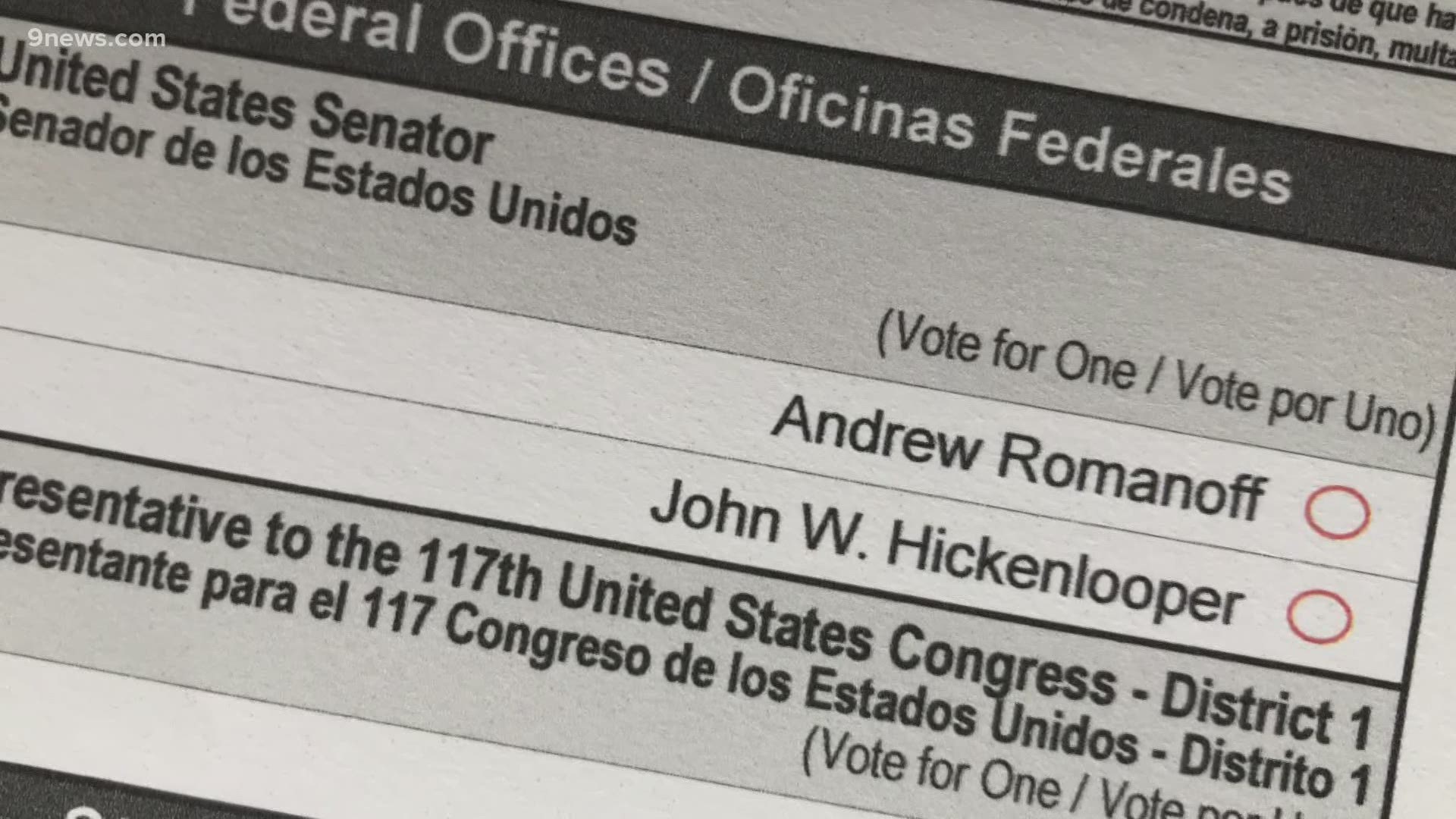 Romanoff served in the Colorado House of Representatives from 2000 to 2008, and he was the speaker of the house from 2005 to 2008. He last ran for U.S. Senate in 2010, but was defeated by Michael Bennet. He lost his bid for the 6th Congressional District to incumbent Republican Mike Coffman in 2014.

Romanoff stepped down from his position as the president and CEO of Mental Health Colorado in 2019.

Democratic primary voters are supportive of the Black Lives Matter movement, Medicare for All

By a 20-1 ratio, the poll found Colorado Democrats are supportive of the Black Lives Matter movement and recent demonstrations. Of the respondents, 80% said they have a positive opinion of the movement, and 4% said they felt negatively.

Among registered voters statewide, 54% said they supported the demonstrations at the Capitol, 26% said they opposed the protests, and 14% said they weren’t paying attention.

Just 4% of the respondents said they actually participated in the protests.

Democratic voters were also largely in support for Medicare for All, with 66% saying they back the policy and 9% saying they oppose it. 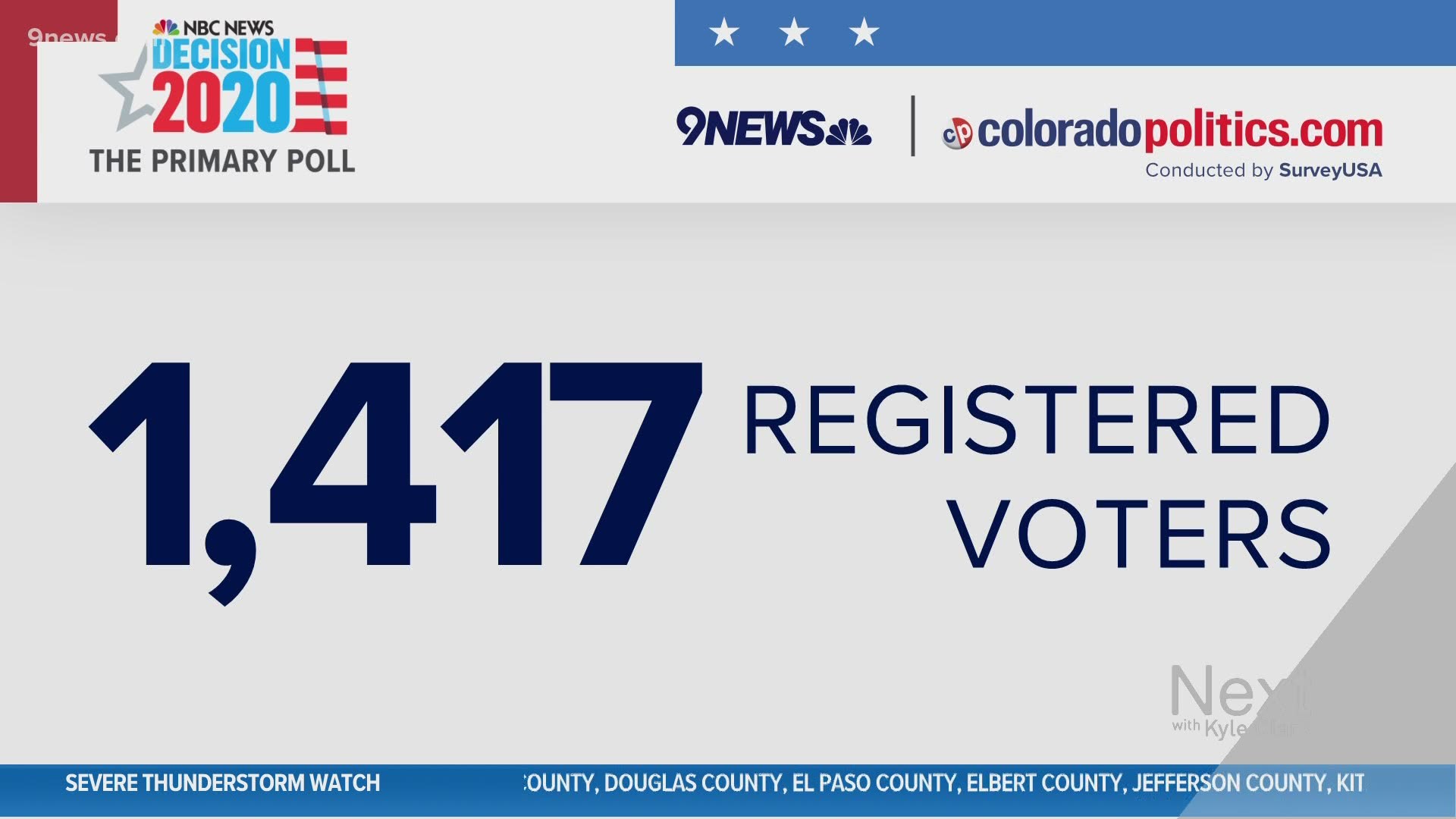 A majority of primary voters (57%) said they are almost never influenced by political ads, compared to 8% who said they almost always are. Another 30% said these TV spots might occasionally alter their opinions, and 5% said they weren’t sure.

Nevertheless, 42% of respondents said they found Truth Tests of political campaigns sometimes helpful, and 32% said they were always useful. Just 13% said fact checks are rarely helpful, 7% said they never are, and 6% said they weren’t sure.

> See the full poll results by clicking or tapping here.