The House Health & Insurance Committee takes up the bill, which specifies requirements for a child to attend school without immunization. 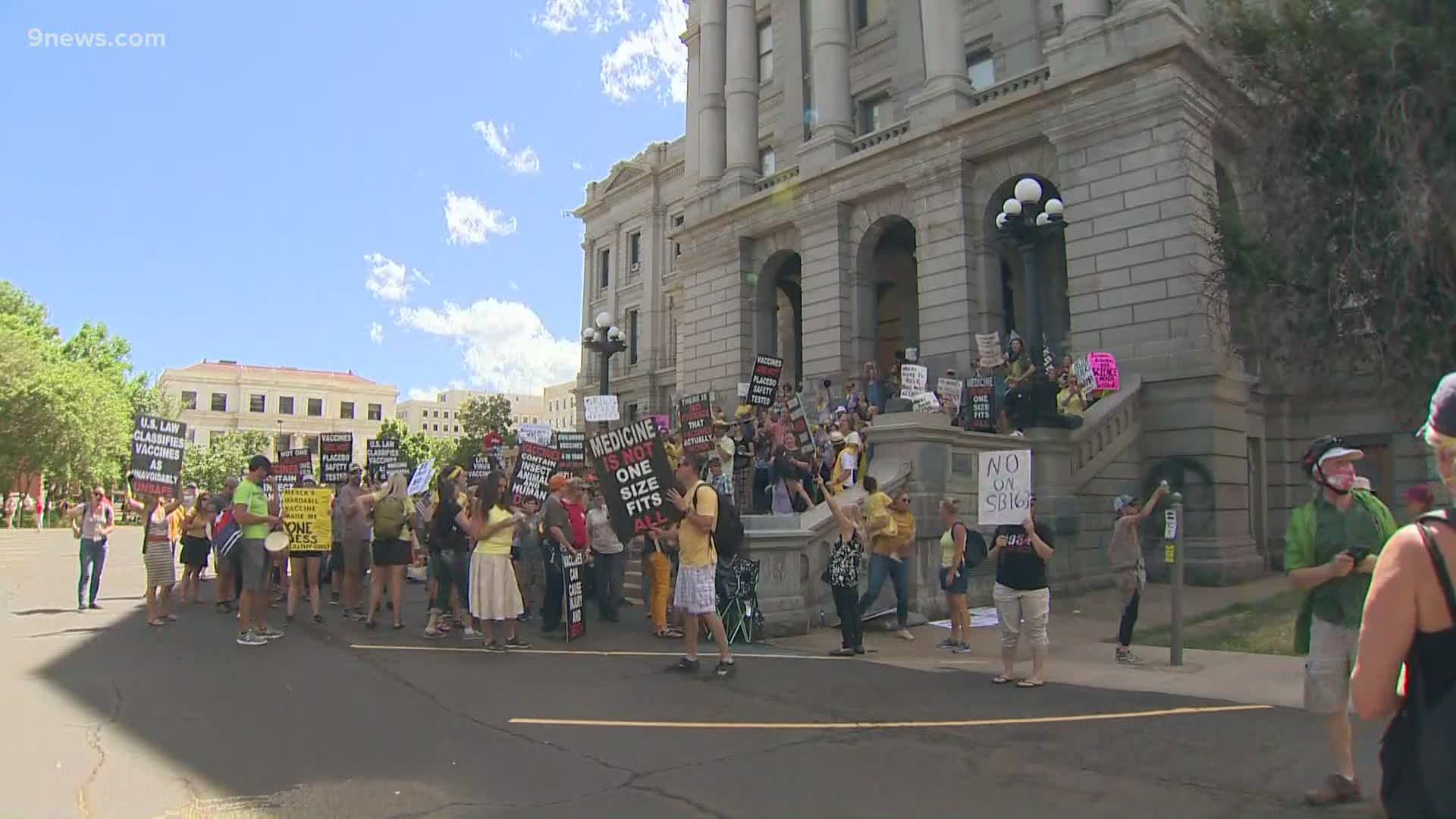 COLORADO, USA — A bill designed to address Colorado's low immunization rates went before a state House of Representatives committee on Sunday and passed 7-4.

Senate Bill 163, or the School Entry Immunization bill, requires that those seeking an immunization exemption for religious beliefs would need to provide one of two certificates for a child to attend school: a certificate of completion of an online education module about the benefits of immunization, or a certificate signed by a health-care provider.

The Colorado state Senate passed the bill in February. The House Health & Insurance committee considered the bill at the Sunday hearing. The bill is expected to be debated by the full house later this week.

At the House committee hearing, each side was given 90 minutes for public testimony.

Several committee members called the bill a divisive issue arguing more time was needed. Roxborough Park Republican Rep. Mark Baisley took issue with the hearing being scheduled on a Sunday. Denver Democratic Rep. Susan Lontine, chair of the committee, argued that the hearing was scheduled on a Sunday to minimize contact during the COVID-19 pandemic and It was not intended to get in the way of anyone’s religious beliefs.

Chanting from protesters could be heard at times outside the room where the committee was meeting.

Opponents of the bill held a rally starting at 10 a.m. Sunday on the east steps of the state Capitol. A large protest continued outside the Capitol into mid-afternoon.

At a Senate committee hearing on the bill in February, hundreds of parents, medical providers and children testified on both sides of the bill. After 15 1/2 hours of testimony, the Senate Health and Human Services Committee voted 3-2 to send the bill to another committee.

A similar bill last year died after Gov. Jared Polis opposed it. This year, Polis has said he supports the legislation, saying "it strikes the right balance" between protecting parental rights and public health.

Data collected for the immunization tracking system would include the student's name, date of birth, sex, school’s name and location, immunization information, vaccines for which the exemption applies, and the parent or guardian’s name.

Currently, a parent who wants to exempt their child from getting vaccinated can do that by writing down their wishes and turning it into their school administrative staff.

The bill would also create a “vaccinated children standard,” that sets a goal for every school to have a 95% immunized student population. In addition to this goal, the bill would require every school to publish its immunization rate and exemption rate on an annually distributed document to parents, legal guardians, and students.

The proposed legislation requires the Department of Public Health and Environment to annually evaluate the state’s immunization best practices and guidelines recommended by the advisory committee on immunization practices.