About 17,000 voters in Adams County are affected. 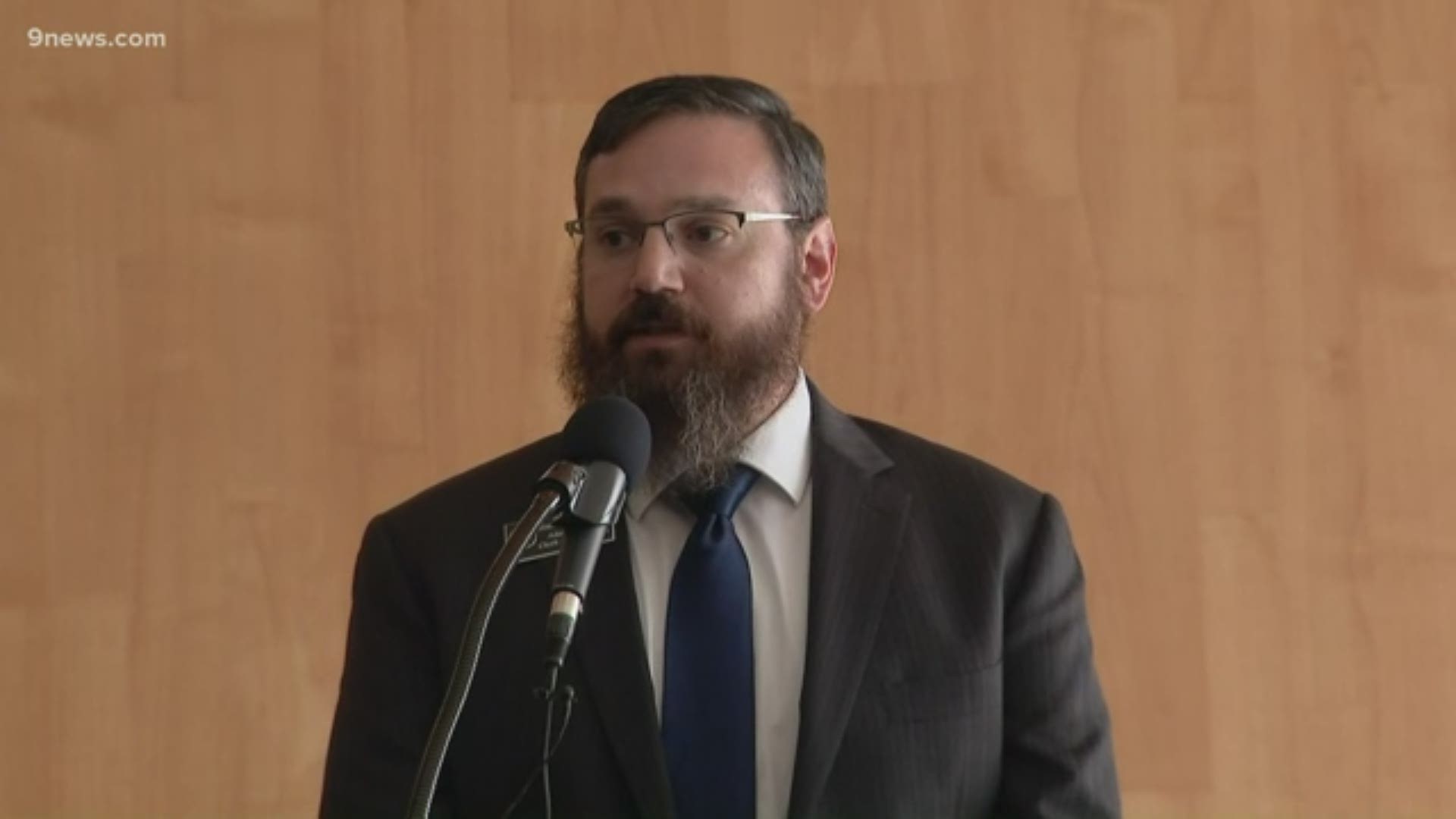 ADAMS COUNTY, Colorado — Aurora voters who live in Adams County will be sent corrected election ballots after receiving one that provided inaccurate instructions for voting in one of the races.

There are two at-large council seats voters are deciding in Aurora, but the ballots previously sent out by Adams County say "Vote for One."

The envelope of the new ballot being mailed out will indicate that it is a corrected ballot. Corrected ballots will be mailed by Friday, the statutory deadline for mailing ballots in Colorado. Voters should have them in-hand by early next week. 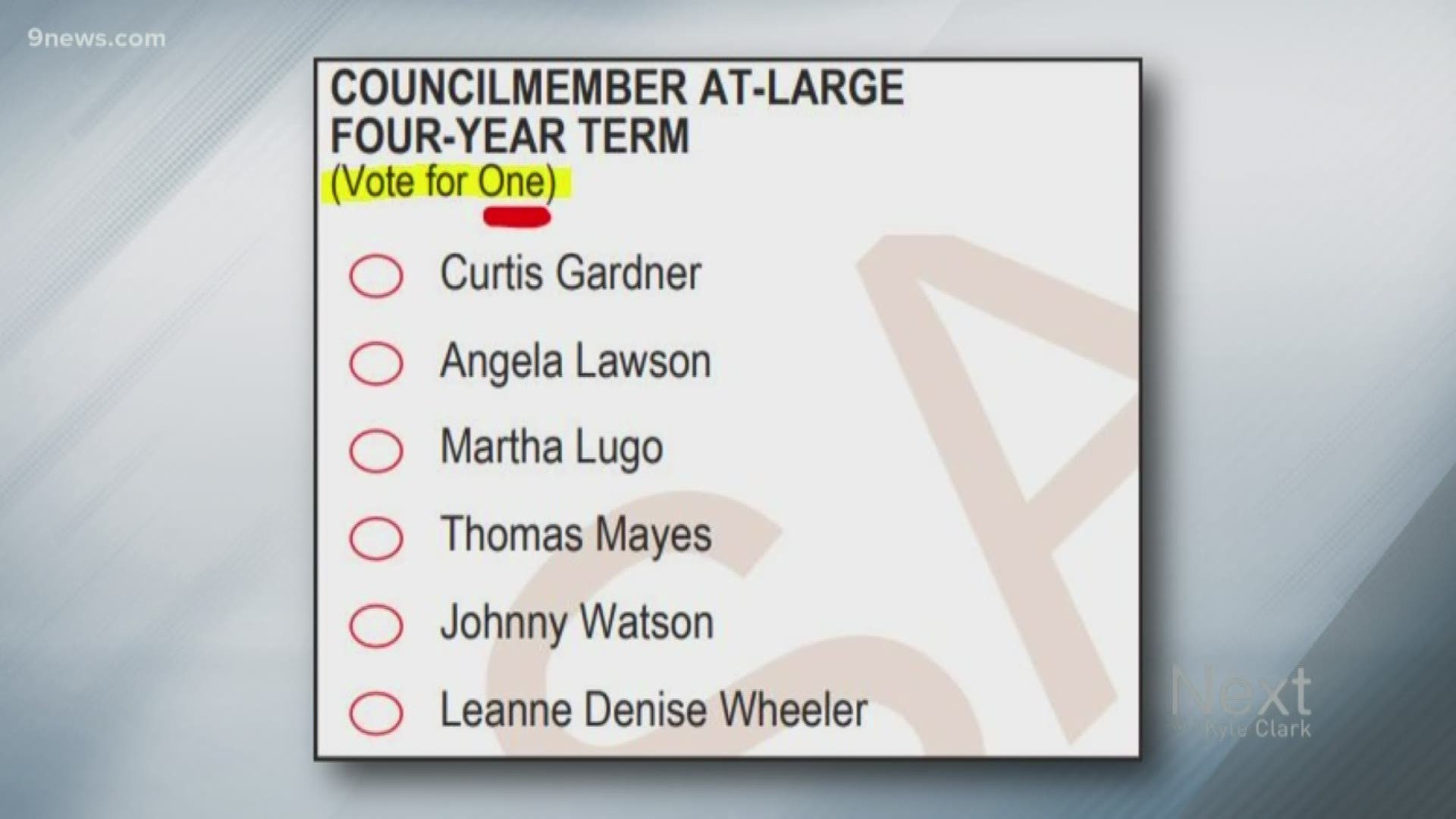 Secretary of State Jena Griswold said to date, only one ballot has been returned.

"This is one of those cases in which an error has happened, and we’re now going through the process of developing a plan to mitigate that error so that every voter can get their opportunity to vote for the number of candidates they can for that race," Griswold said. 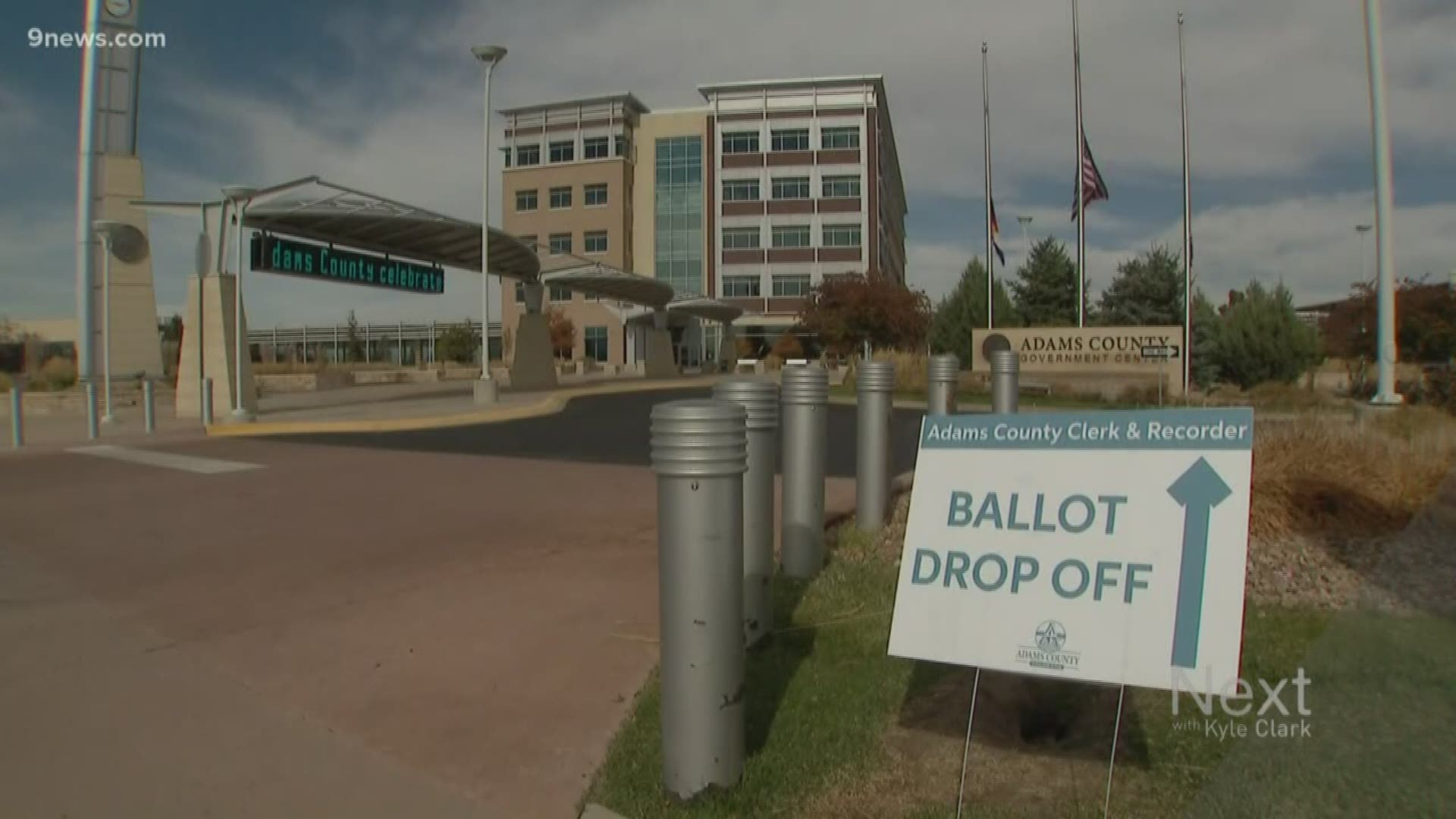 Voters who have already turned in their ballots can turn in their second ballot and their first ballot will be disregarded, Griswold said.

The City of Aurora provided ballot content to Adams, Arapahoe and Douglas counties. A spokesperson for the city said Adams printed it incorrectly, but the city also missed it in a final review.

Aurora voters that live in Arapahoe and Douglas Counties received ballots with the accurate "Vote for Two" language. 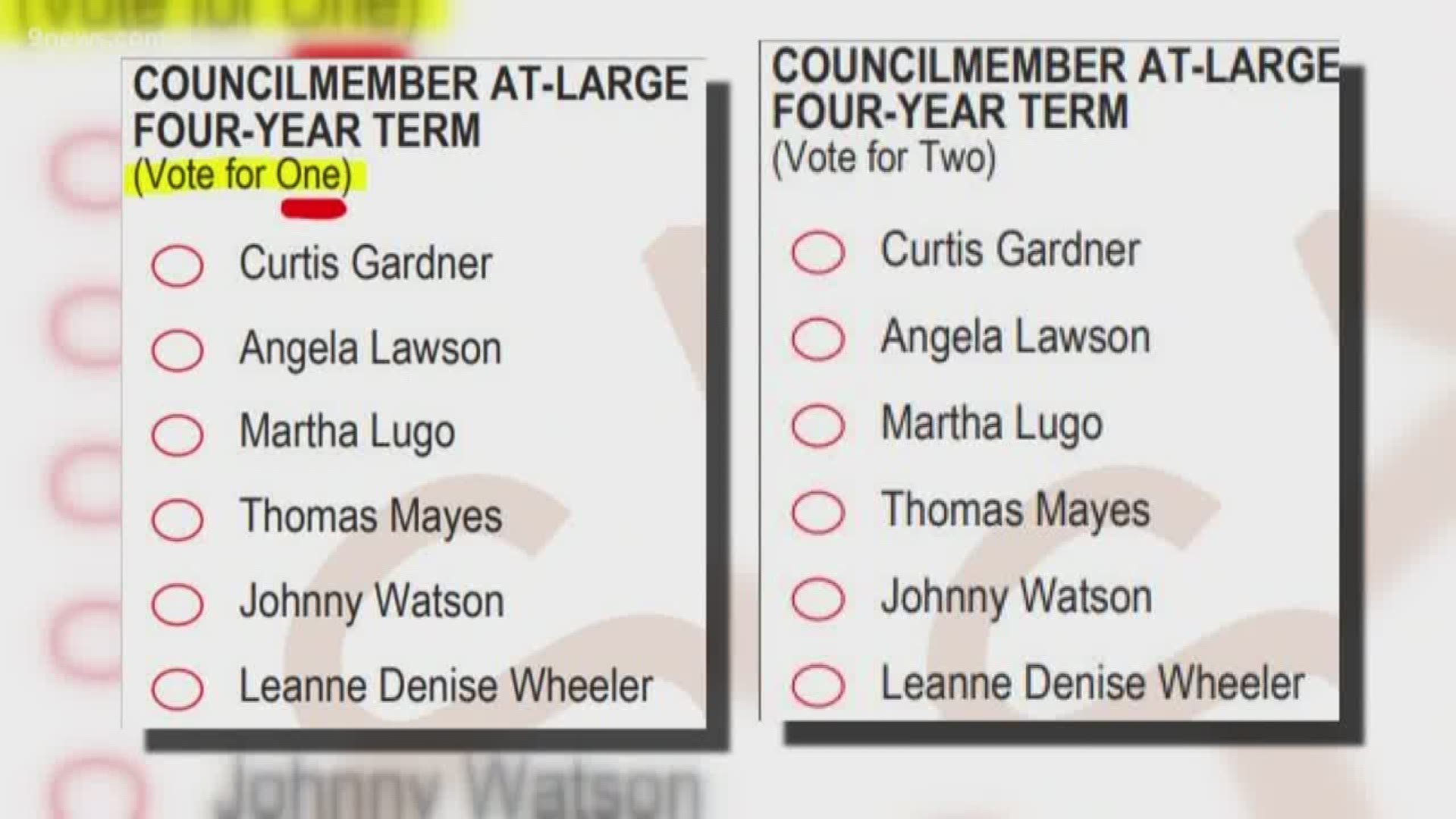 The Aurora city clerk was notified of the problem late Tuesday night after an election commissioner saw something about it on social media.

"I actually got a phone call last night, shortly before midnight, from the Secretary of State, which is never the way that you want to end your evening when you’re a county clerk to hear from the secretary of state," said ﻿Adams County Clerk and Recorder Josh Zygielbaum.

Ultimately, Zygielbaum said this error won't cost that much in the grand scheme of things, and will be absorbed in this year's budget.

Last year, under then-clerk Stan Martin, 61,000 ballots were not delivered when they were supposed to be.

In May, an audit of what happened revealed that a United States Postal Service employee accepted three of four truck deliveries, but turned away one truck full of ballots. A spokesman for the USPS said that the shipment didn't include necessary paperwork on that truck for the facility to accept the shipment.

RELATED: So this is what happened to a truckload of Adams County ballots that went missing last year

Both Martin, and an executive with the ballot printing company, said that postal employee should have reported the rejected truck to a facility supervisor, which did not happen.

Those voters last year were sent their ballot after Oct. 19. 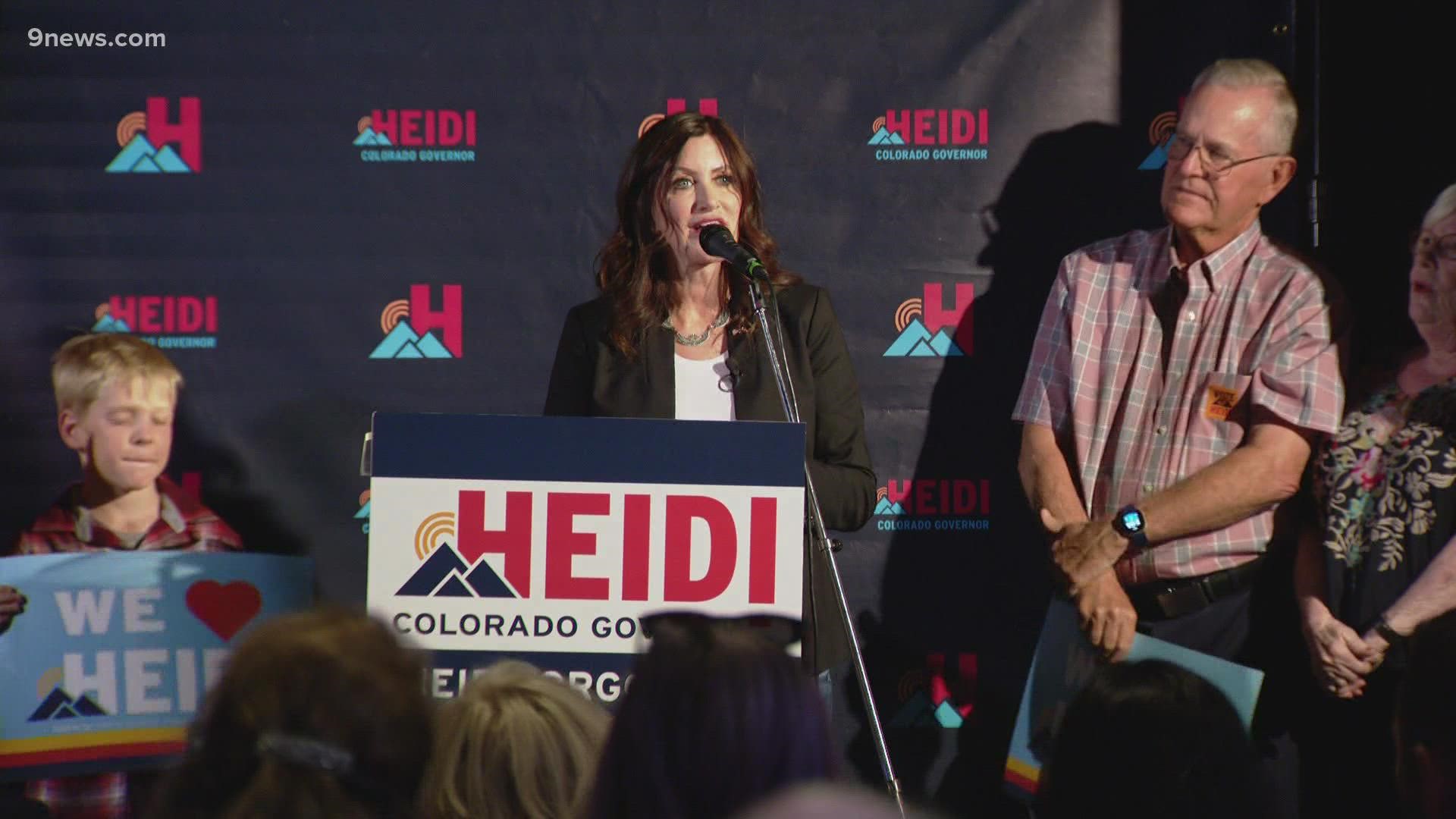