GOP strategist reportedly helped Kanye West file to be on Colorado's ballot; How easy is that to do?

You probably know about Kanye's attempt to get on the Colorado ballot. But what we really need to talk about is the process for getting on Colorado's ballot. 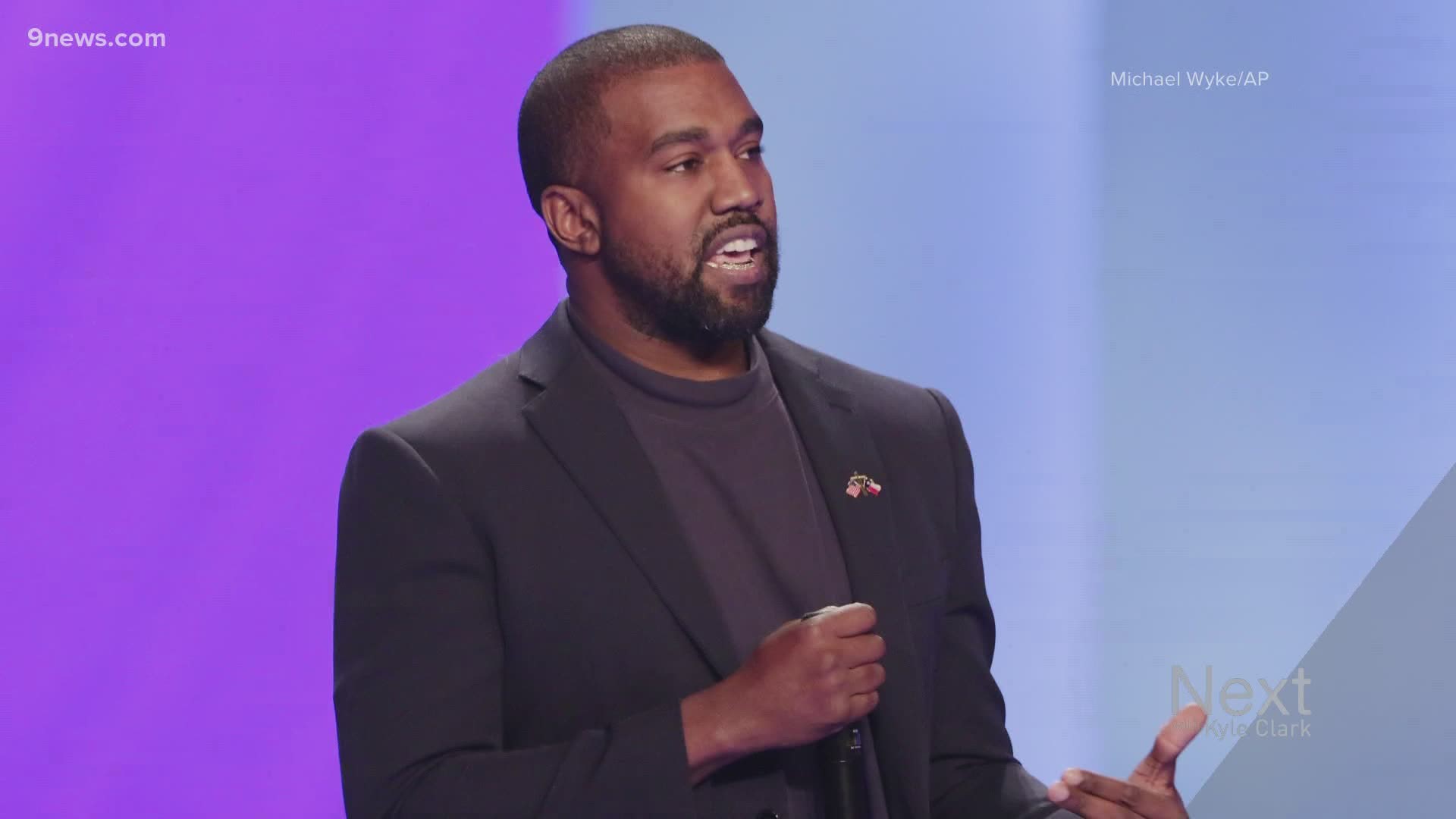 DENVER — Voting for president in Colorado is a bit more complicated than in other states.

It's really easy to get on the ballot for president.

For $1,000 and the agreement by nine Colorado voters to pledge to be your electors should you win the state's nine electoral college votes, you, too, can be on the 2020 November ballot.

Well, you can't because the deadline was 3 p.m. Wednesday, but you could have.

Kanye West beat that deadline. The rapper turned in an "unaffiliated candidate statement of intent for President" on Wednesday.

West, who lists his home address in Cody, Wy., turned in the paperwork, and the $1,000 non-refundable filing fee, to run for president with vice presidential running mate Michelle Tidball.

The Colorado Secretary of State's Office still needs to confirm that the nine people who pledged to be electors were registered Colorado voters.

The nine people who turned in paperwork that said they would be West's electors were:

Next with Kyle Clark reached out to all nine people. Seven of the phone calls resulted in voicemail messages being left. Polk answered, but directed any questions to the West campaign. Zielinski also directed questions to the campaign, but said, "The Democratic process in this country should be inclusive and everybody should have a shot. The more the merrier." 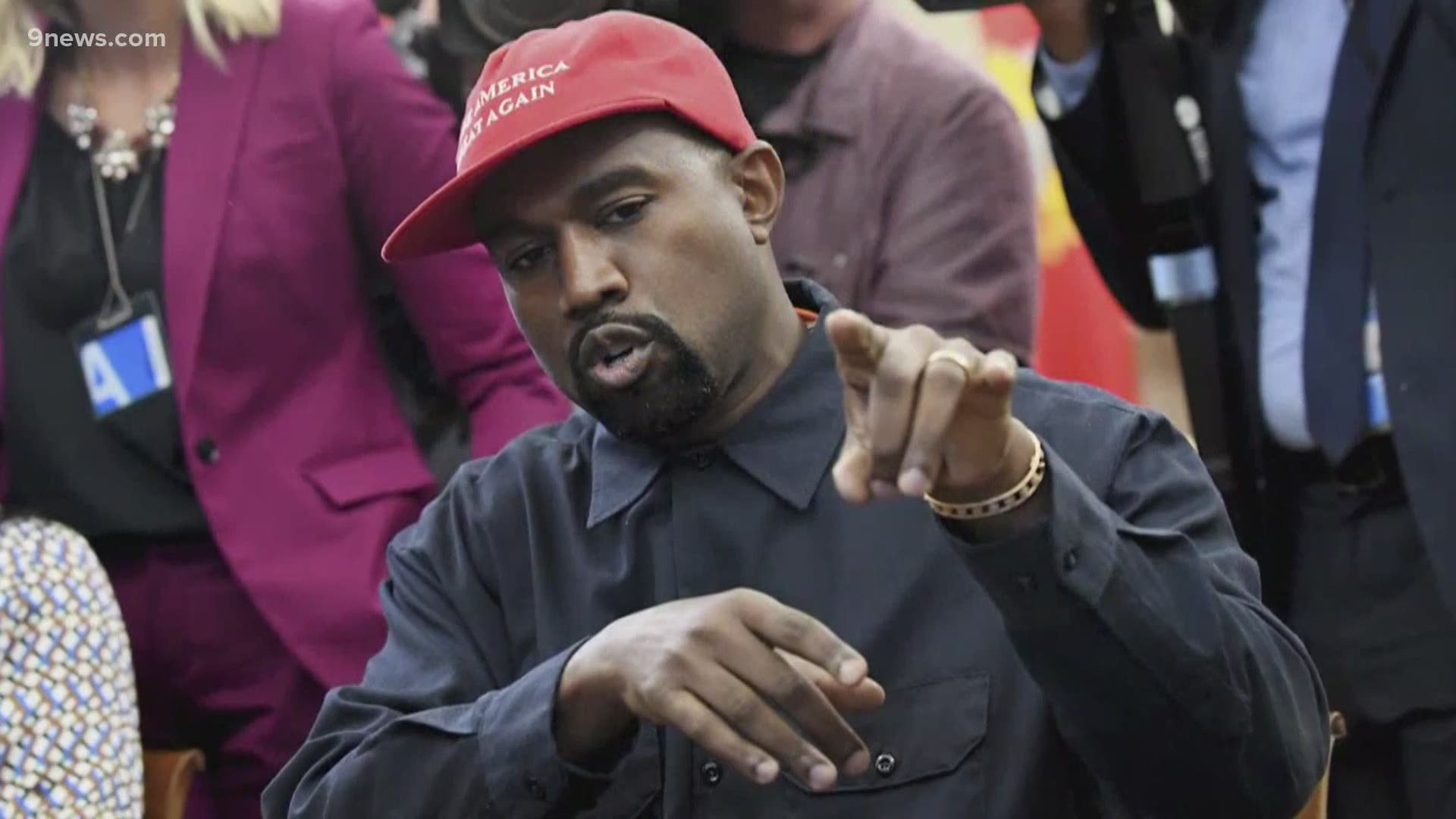 Earlier on Wednesday, Vice reported that a Colorado Republican strategist was behind the plan to get West qualified for the Colorado presidential ballot.

Rachel George owns RBG Communications and is a former spokeswoman for then-Rep. Cory Gardner, when he was a member of the House. Vice reported that George sent an email seeking people to sign up to be electors for West:

“I hope that you are doing well! I have the most random favor to ask of you ever... would you help me get Kanye West on the ballot in Colorado? No, I am not joking, and I realize this is hilarious.

The campaign contacted me last night asking me to help them find 9 registered voters to sign Kanye's Presidential Electors' Acceptance of Nomination form. It is due tomorrow, so I'm under a bit of a time crunch and trying to start by asking people who I know understand this stuff a bit."

George would not provide on the record comments when reached by Next with Kyle Clark.

Each state has different deadlines and qualifications.

In Colorado, you can also collect 5,000 registered Colorado voter signatures and turn those in instead of paying the $1,000 fee. That deadline was July 9.

West cannot qualify to be on the ballot in every state because of differing deadlines. However, NBC News reported that he has attempted to get on the ballot in Arkansas, Illinois, Missouri, Ohio, Vermont, West Virginia, Wisconsin, and that Republicans are responsible for the attempt in at least four states.

"We have a long tradition of having lots of options. At the same time, the strategy and the ability to try to use or manipulate the rules for your benefit, in this case, it looks like the GOP are trying to do, that's part of the nature of politics," said Dr. Robert Preuhs, a political science professor at Metropolitan State University of Denver.

It's not unusual to have a long list of candidates to choose from when voting for President in Colorado.

Besides President Trump and Democratic nominee Hillary Clinton in 2016, who else do you remember being on the ballot?

Everyone received votes, including Cherunda Fox, who nabbed two votes.

The Colorado Secretary of State's Office said it would be Thursday when it would have a complete list of unaffiliated candidates for the 2020 November presidential ballot.

RELATED: President Trump encourages voting by mail in Florida but sues in Nevada