2020 saw the largest vote total for the district this century. After a recount, current Chief Deputy District Attorney John Kellner was determined to be the winner. 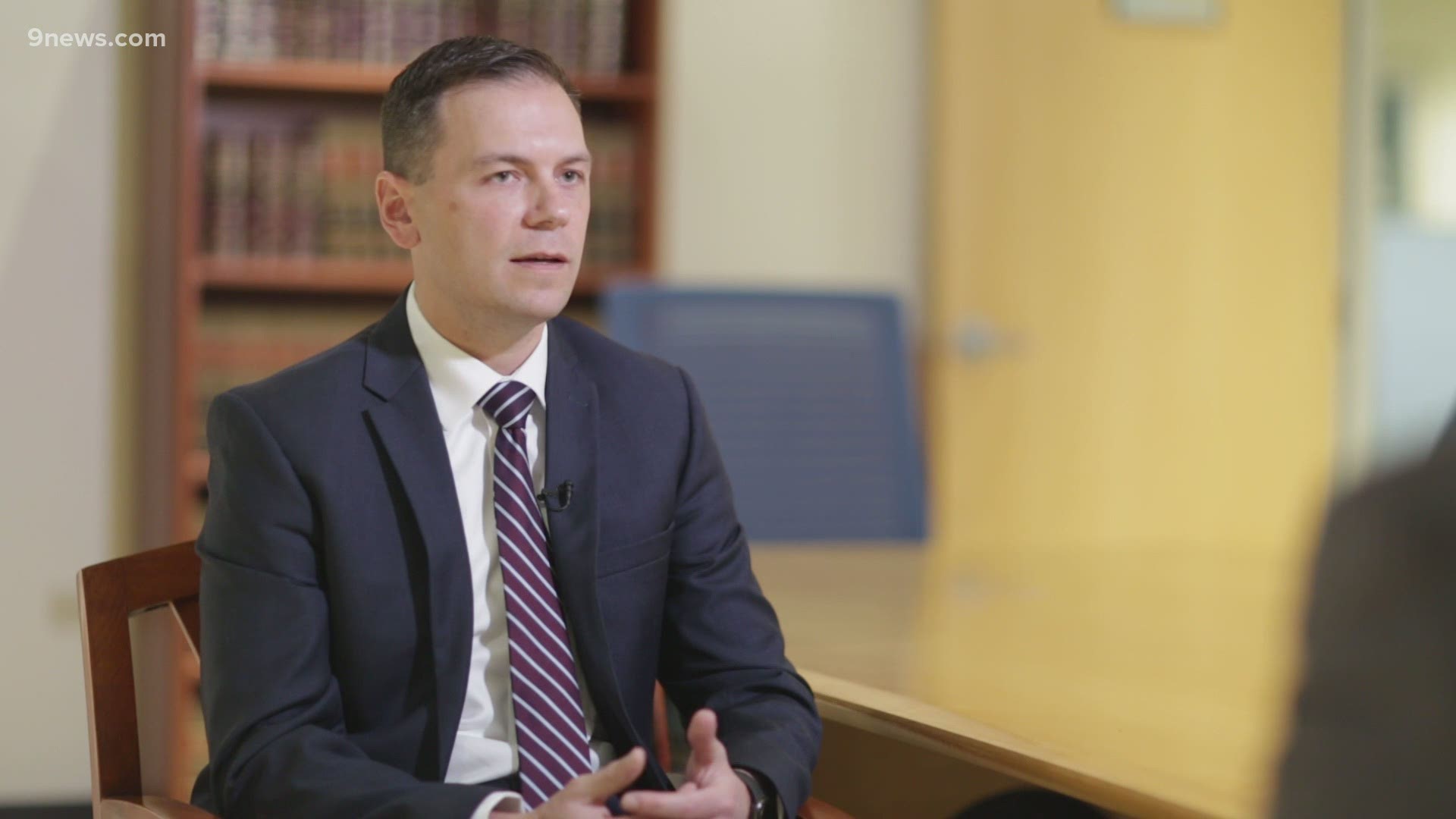 CENTENNIAL, Colorado — Republican John Kellner says he has even more respect for the way Colorado elections are handled after his race for 18th Judicial District Attorney went to an automatic recount this month.

Kellner declared victory in the race Saturday, more than a month after Election Day. His opponent, Democrat Amy Padden conceded the race. Kellner, now a chief deputy in current District Attorney George Brauchler’s office, will be sworn in on January 12.

“On election night you think it’s going to be over,” Kellner said. “That turned into election month and some change for me.”

The official results of the race, expected to be certified later this month by the state, show Kellner leading Padden by more than 1,400 votes. The race was close enough that state law triggered an automatic recount of ballots in the four counties that make up the district: Arapahoe, Douglas, Elbert and Lincoln.

Kellner said he observed the recount in several jurisdictions. In a race in which more than 570,000 people voted, Kellner said the net shift of the lead change was about 8 votes.

“I feel blessed that I actually did get to go and see this part of it,” Kellner said. “We have a dang good process in Colorado.”

RELATED: DA race in the 18th stays razor-thin among contested races around state

RELATED: How did Colorado get really good at elections? By having really bad ones before

2020 saw the largest vote total for the district this century. According to election results from the Colorado Secretary of State, 573,359 voters cast a ballot in the race. The closest turnout in recent years was in 2012 when 430,275 voters turned out and a majority elected Republican George Brauchler.

“We had over half a million people vote in our race so it tells me people were incredibly engaged in criminal justice issues in a way that I don’t know we’ve ever seen that before,” Kellner told 9NEWS.

“You need to approach this humbly as the next district attorney – recognize there is a place for public safety which is front of my mind as the next DA but also people want to know more about criminal justice reform and how can make that happen.”

Kellner said watching social justice protests over the summer, his leading thought was that prosecutors need to do a better job explaining what they do to the community.

“You cannot just be communicating with the public when something bad happens,” he said. “There’s an expectation that right now especially people want to see and hear what we’re doing in their name.”

One of the things Kellner hopes to expand on and let the public know about: diversion programs. While working under Brauchler, Kellner said he helped establish a so-called “problem solving court” for veterans. In that system, veteran offenders are offered services rather than reprimanded for committing low-level offenses. Kellner said he hopes to expand that program to other parts of the community as DA.

As far as challenges he envisions over the next four years, Kellner says he’s concerned about a rise in violent crime, especially in the city of Aurora.

Kellner plans to do it by establishing a violent crime task force to search for the root of the problems.

“We are seeing still that unprecedented opioid epidemic and it’s just exacerbated by the pandemic and people’s loss of connectivity with each other, and we have to gear up in a way that we can help people dealing with those underlying issues and that’s what I’m going to take forward.”

Kellner will prosecute cases in the city of Aurora, where some community members have lost faith in their law enforcement agencies after several high profile cases in the last few years. One, involving an Aurora Police Officer found drunk on the job, was never prosecuted because of a lack of evidence.

Kellner points to Brauchler’s record of prosecution of at least several dozen police officers during his tenure. But he also argues more transparency is necessary involving cases where the district attorney investigates police officers.

He said he embraces a model where his office provides detail to the public for any investigation of a death involving a police officer, as the district attorney is already required to when an officer shoots someone.

“One thing I wholeheartedly endorse is taking that model and applying it to situations that [are] not just shooting-involved because the public wants to know if someone dies in custody in the hands or during an altercation or during a contact with law enforcement – they’ve got to know everything about that because having that community trust is what allows us to solve more and more crimes,” Kellner said.

The largest challenge the new D.A. says he faces is dividing up his district. In 2025, Elbert, Douglas and Lincoln counties will split to become their own 23rd Judicial District. Arapahoe County will remain the only county in the 18th Judicial.

“We’ve been Arapahoe Douglas Lincoln and Elbert counties since the 1960s,” Kellner said. “Over the next 4 years a great challenge of my administration is going to be dividing up this jurisdiction and the folks that are working within it.”

Kellner, a resident of Arapahoe County, lost the race in his home county by 15 points to his Democratic challenger Padden. When asked if he would run again in 2024 in Arapahoe County, the D.A.-elect said it was much to early to make a decision like that.