Election workers were supposed to indicate which party ballot each voter selected. This was not done for 274 ballots. 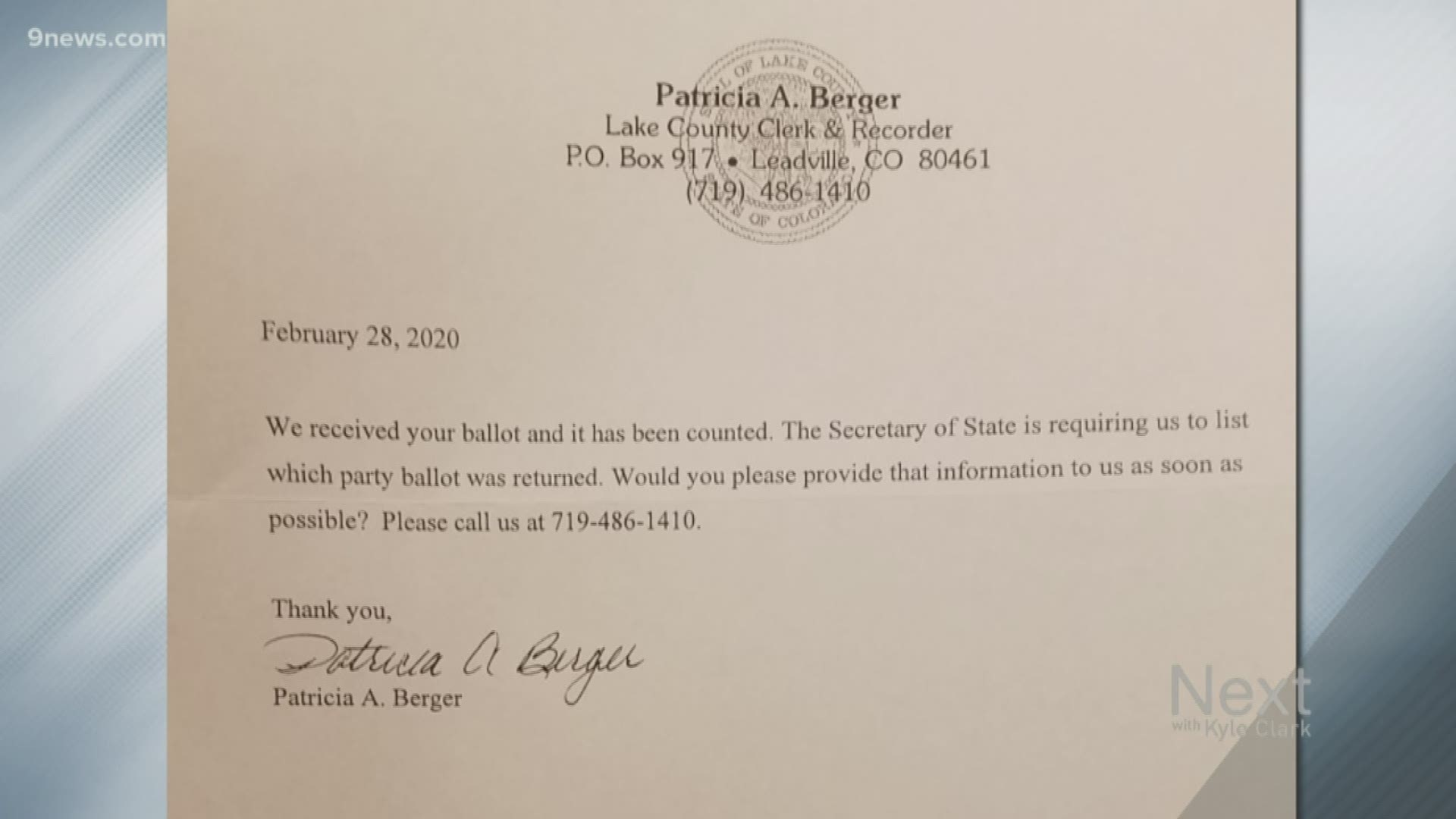 Unaffiliated voters are sent both Democratic and Republican primary ballots. They are supposed to pick one party ballot for their vote.

It’s the job of the Clerk and Recorder’s Office to note which party each person voted for (not how they voted) when they open envelopes. That step was missed for the first 274 voters in the county, the elections confirmed Tuesday.

When the staff realized the mistake, they asked the Colorado Secretary of State’s Office (SOS) for direction. A spokesperson for the SOS said they advised Lake County to follow the law to the best of its ability.

Now, the county is contacting each of the affected voters to ask them which party they turned in a ballot for. They are calling voters, e-mailing them and sending them letters to track down that information.

So far, they have heard from 131 people. They cannot close the election until they hear from the other 143 voters. They have until March 26 to that. The Lake County Clerk and Recorder's Office told 9NEWS they are confident they will meet the deadline.

The rest of Colorado voters cast their ballots as normal on this Super Tuesday. Polls closed at 7 p.m.

RELATED: Super Tuesday: Which states are voting and what time do polls close?

RELATED: Everything you need to know for Super Tuesday in Colorado