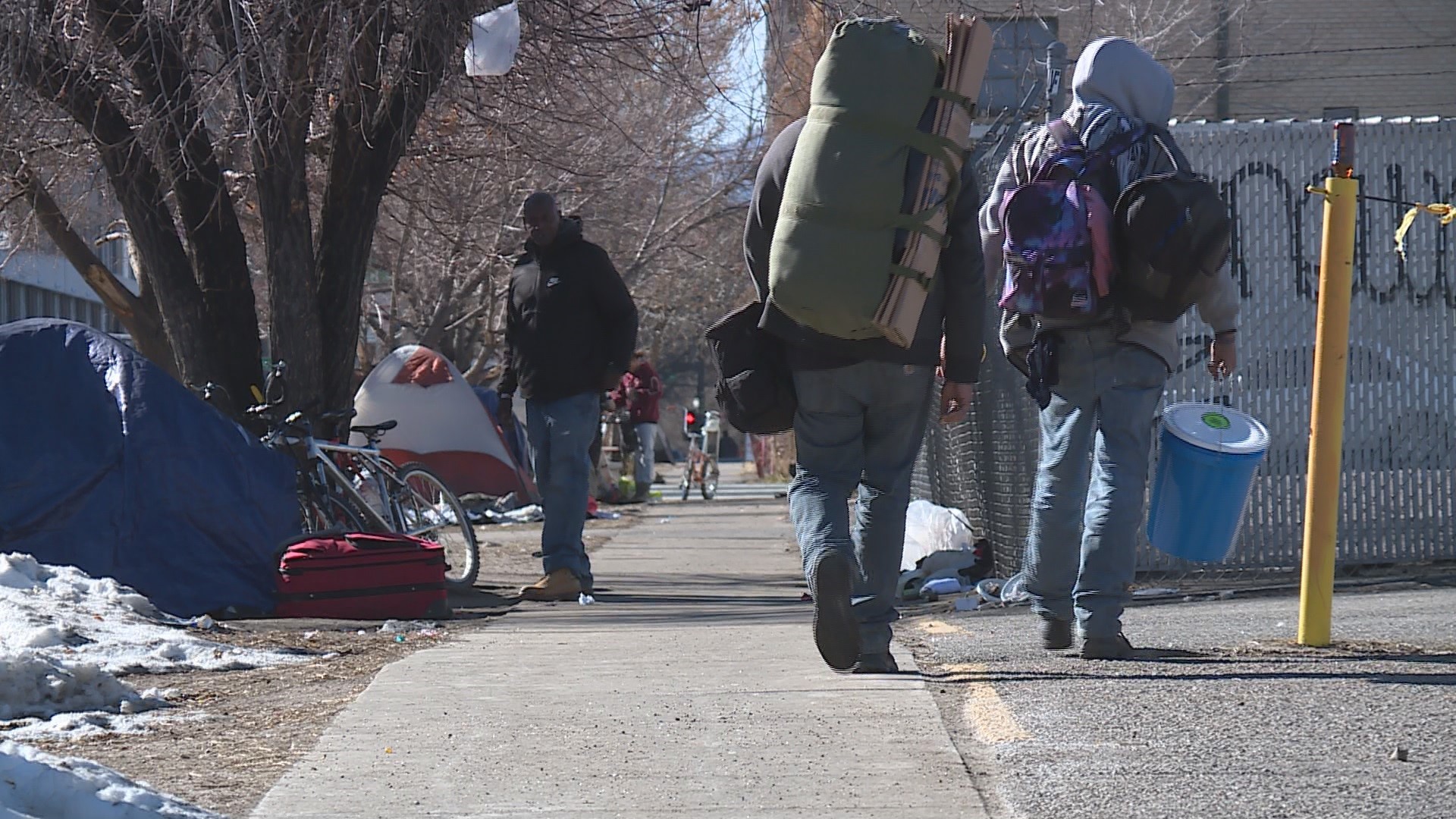 DENVER — Sidewalk sweepers and cleanup crews moved in Tuesday morning to thoroughly clean sidewalks where a group of homeless people had pitched their tents near 22nd and Stout streets and 24th and California streets.

Denver's Department of Transportation and Infrastructure (DOTI) led the effort supported by the Denver Police Department (DPD) who closed off the sidewalks with yellow police tape.

Nancy Kuhn, spokesperson for DOTI, called the cleanup an "encumbrance removal," and said the city posted notice about it a week ago at the two locations.

“It was deteriorating with a lot of trash and we wanted to address it and clean,” Kuhn said.

In order for the city crews to do their work, a group of homeless people living in the areas had to pack up their belongings and move.

“Moving is never simple especially, like, for me," a woman named Kemo said.

Kemo said she'd been homeless for two years and living on the sidewalk near 24th and California for about two weeks.

“I just think it’s a whole bunch of manpower for nothing," Kemo said, as she watched the city crew work behind her.

"This was an area that was outside of our regular cleaning that needed some extra attention," she explained.

Some advocates for the homeless argued Tuesday that the city's efforts were displacing people.

“This is ridiculous," said Jerry Burton with Denver Homeless Out Loud. "This is a waste of energy, time and money and you’re doing the same thing that the sweep does.”

Kuhn said the cleanup was in compliance with a settlement agreement the city entered into after a class-action lawsuit brought forward on behalf of several homeless people.

The city has done similar cleanups since 2016. Kuhn stressed what happened Tuesday had nothing do with the city's camping ban, an ordinance that a Denver judge ruled unconstitutional in late December.

After the ruling, the city filed a notice of an appeal in Denver District Court. The Denver City Attorney's Office stated it would continue enforcing other ordinances to protect public health and safety.

“What we were doing today is separate from the camping ban," Kuhn explained. "There is an ordinance that speaks about public spaces and that it shall be free of encumbrances and obstructions.”

Kuhn said outreach teams visited the areas that were cleaned on Tuesday. The city also offers free storage for people's belongings, so long as the property doesn't "pose a public health or safety risk."