U.S. Rep. Lauren Boebert pulled in more than $700,000 for the most recent fundraising quarter. 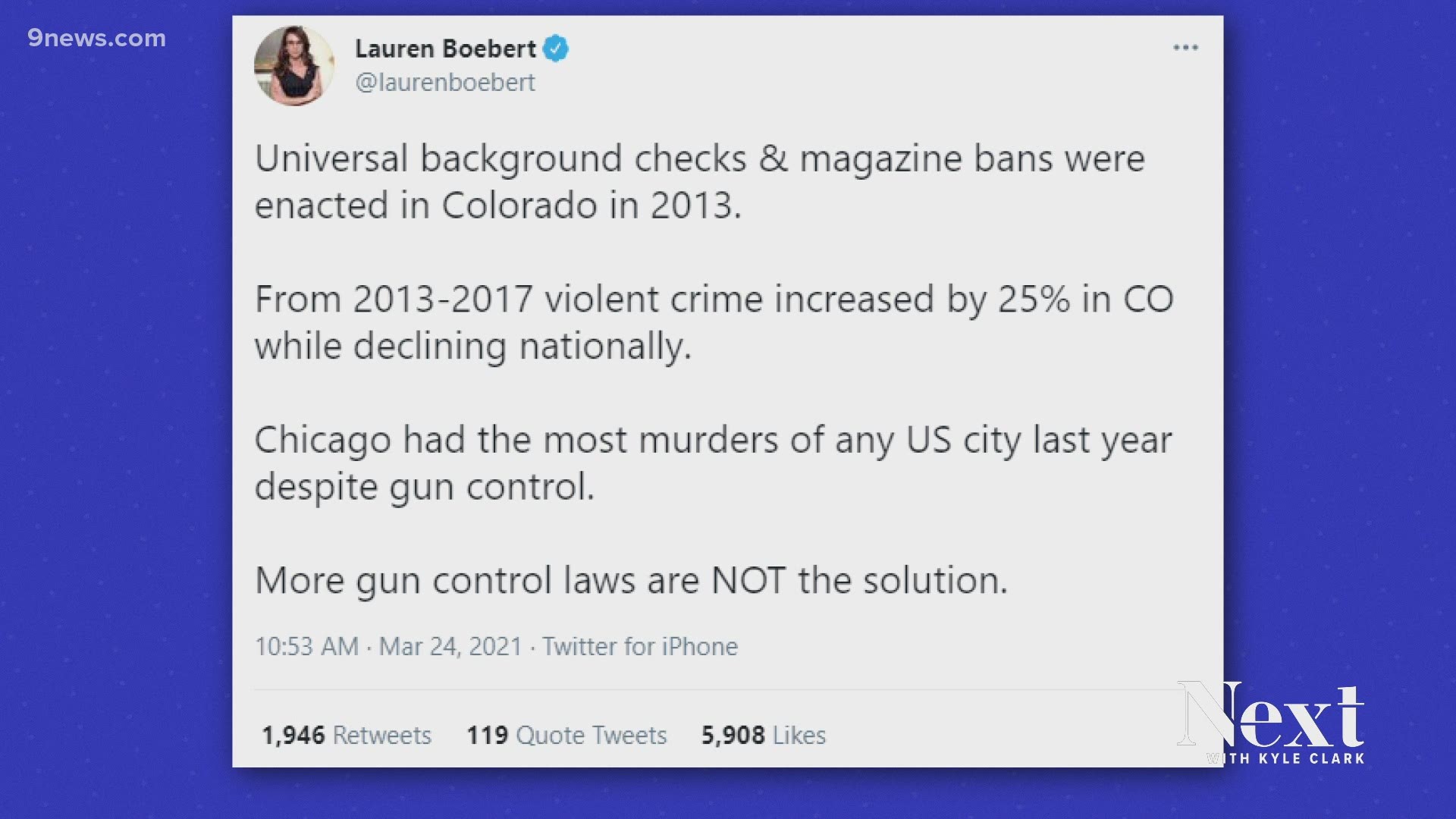 The race for Colorado's battleground 3rd Congressional District is off to a fast start, with both candidates raising many times what has been typical this early in the Western Slope-based seat.

> The video above aired in March and touches on Boebert's claim about Colorado gun laws and crime stats.

Boebert, who unseated five-term U.S. Rep. Scott Tipton in last year's GOP primary, reported $356,794 cash on hand at the end of the year.

RELATED: Congresswoman calls for ethics investigation into Boebert, other GOP reps because of insurrection

RELATED: Kerry Donovan to run against Lauren Boebert for Congressional seat in 2022