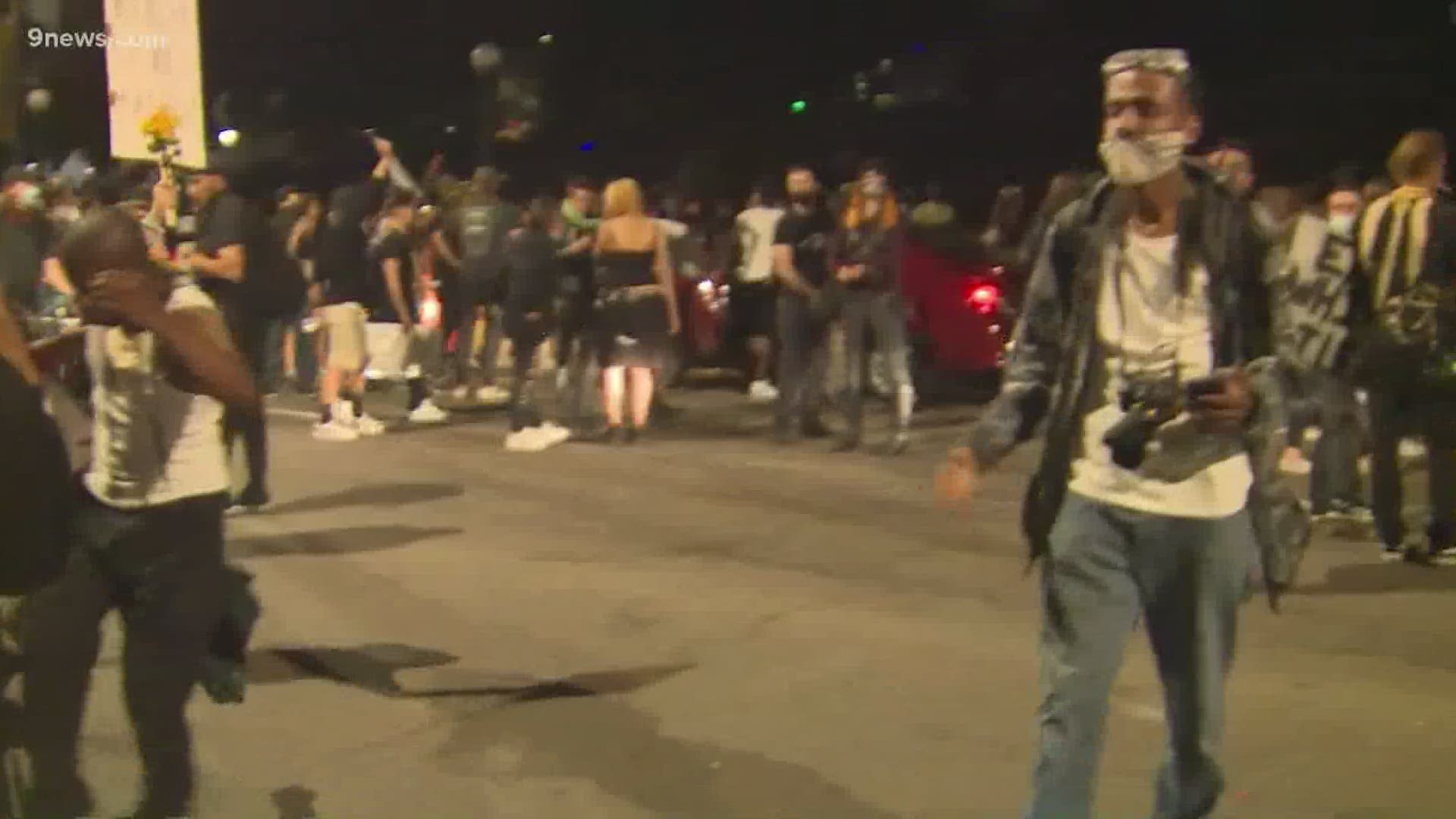 DENVER — More than an hour after Denver's 9 p.m. curfew on day six of protests in response to the in-custody death of Minneapolis man George Floyd, police appeared to be blocking traffic for hundreds of peaceful protesters.

Before that curfew set in, thousands of protesters were chanting “peaceful protest” at Civic Center Park with no police in sight, according to 9NEWS reporters on the ground in downtown Denver.

Earlier Tuesday, a crowd had gathered outside of the state's Capitol around 5 p.m., and by 6:30 p.m. that crowd had grown to hundreds with more marching through the streets.

Leaders were preaching a message of peace and unity saying, "we’re out here to do the right things, not the wrong things.” Many others were calling out for people to “get out of their homes and into the streets.”

The niece of Michael Marshall spoke to the crowd outside the Capitol. Marshall died in 2015 while in custody at the Denver Jail.

“I hate to say it, but I know exactly how the family of George Floyd feels,” she said.

Just before 7:30 p.m., thousands of protestors fell silent and dropped to take a knee. Organizers again emphasized unity and asked everyone to stay peaceful.

Credit: Marc Sallinger
Thousands of peaceful protesters dropped to a knee Tuesday night outside of Denver's Capitol. Tuesday is day six of protests in Denver over the in-custody death of George Floyd.

Wednesday evening, DPD plans to host a virtual conversation with the community regarding how the department can improve. It will be the first in a series of listening opportunities with the goal to bring about change.

Chief Paul Pazen will meet with members of the community to hear their concerns from 6 to 7 p.m., Wednesday.

Click/tap here for the link to join the video conference

RELATED: At least 71% of people arrested in clashes with Denver police actually live in Colorado

Tonight, @APDChiefWilson walked with our community members while they marched to our Municipal Center. Ending police brutality is a combined effort and she answered the tough questions and made promises to improve relationships. #CommunityCommitment pic.twitter.com/hHHQWIbS0j

Tuesday's protests follow a fifth day of protests on Monday, which also remained largely peaceful late into the night.

1 / 38
KUSA
For a 6th straight night in Denver, protesters have gathered at the Capitol in response to the in-custody death of George Floyd.

Colorado Gov. Jared Polis said during a Tuesday news conference that he wants to work with protesters, and also urged them to get tested for COVID-19, saying he was worried the large gathering could lead to an outbreak of the coronavirus down the road.

RELATED: 'I want to work with you': Colorado governor addresses George Floyd protests

On Monday, 20-year-old Colorado man Chevy McGee, who identifies with the "Boogaloo" anti-government that advocates for a violent uprising targeting liberal political opponents and law enforcement, according to NBC, said police “stole” several of his guns when he went to Friday’s protest in Denver.

McGee and his friend were not charged or cited and a DPD spokesperson would not explain why or how police seized the firearms during Friday’s protest. Police would also not explain why they did not charge the men after seizing the guns. 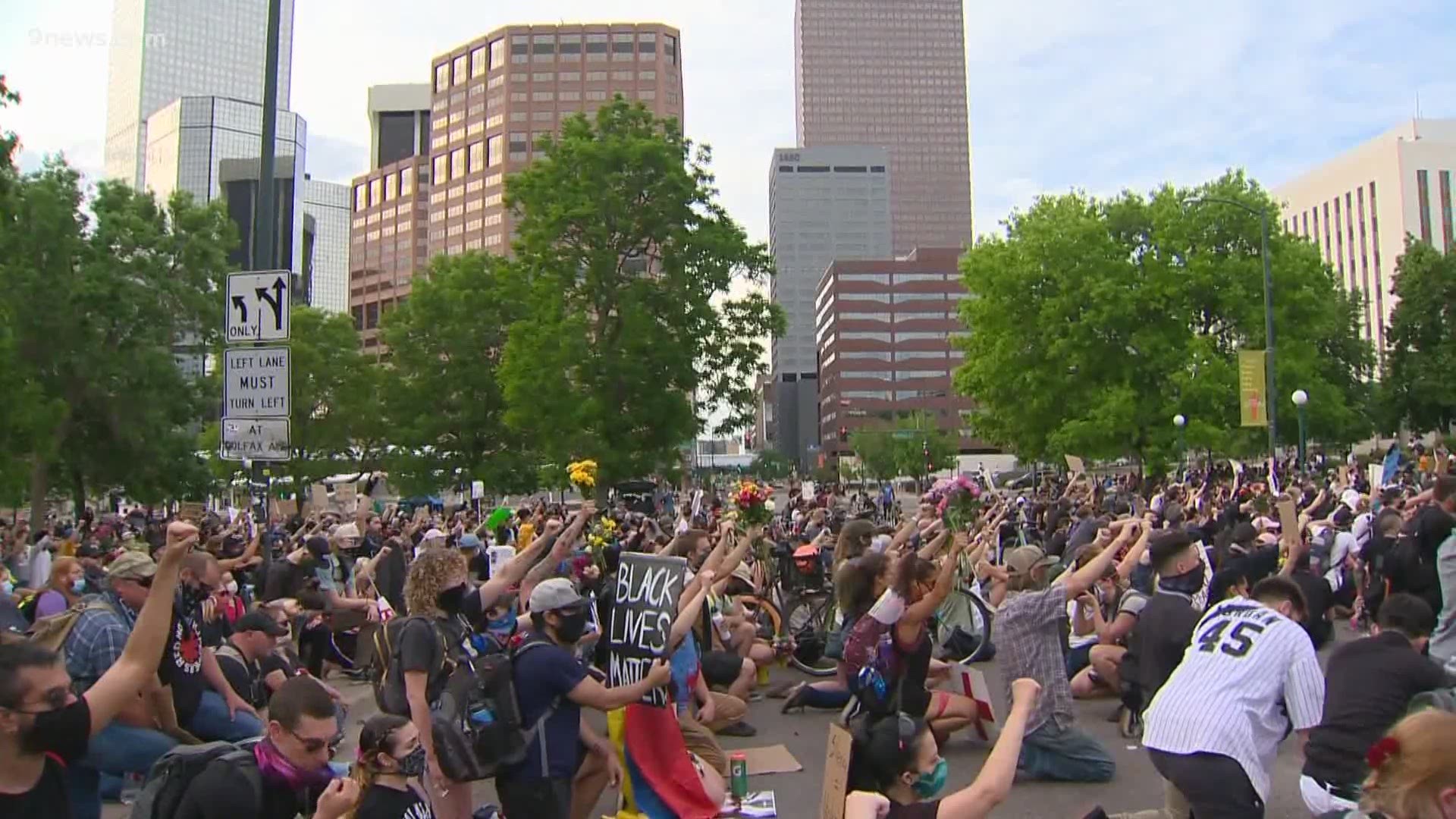 Protests in response to the death of Floyd started in Denver on Thursday. They're meant to make a statement on Floyd, who died May 25 after a Minneapolis police officer was seen kneeling on his neck in a video that has been widely shared to social media. His death has sparked rallies across the country.

That officer and other officers at the scene have been fired. On Friday, Minnesota Department of Public Safety Commissioner John Mark Harrington announced one former officer, Derek Chauvin, has been arrested in connection with Floyd's death and charged with third-degree murder and manslaughter. 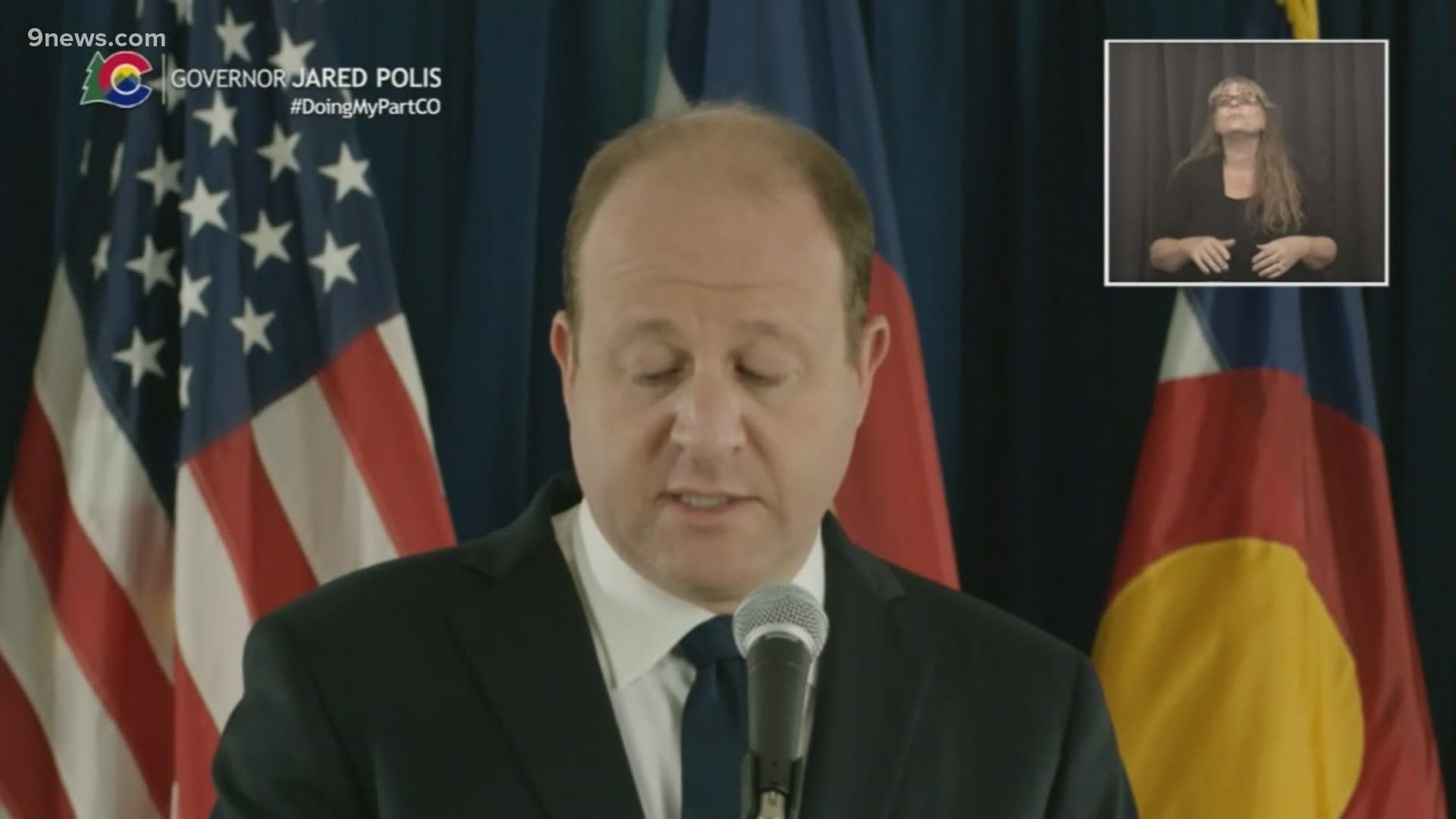 Protests on Thursday, Friday, Saturday and Sunday were peaceful during the day, but escalated to riots at night that included fires, vandalism, graffiti and looting, as well as confrontations with police in which tear gas, pepper balls and foam projectiles were deployed.