Denver Police said deadly shootings are up in the city 50% this year compared to last year. 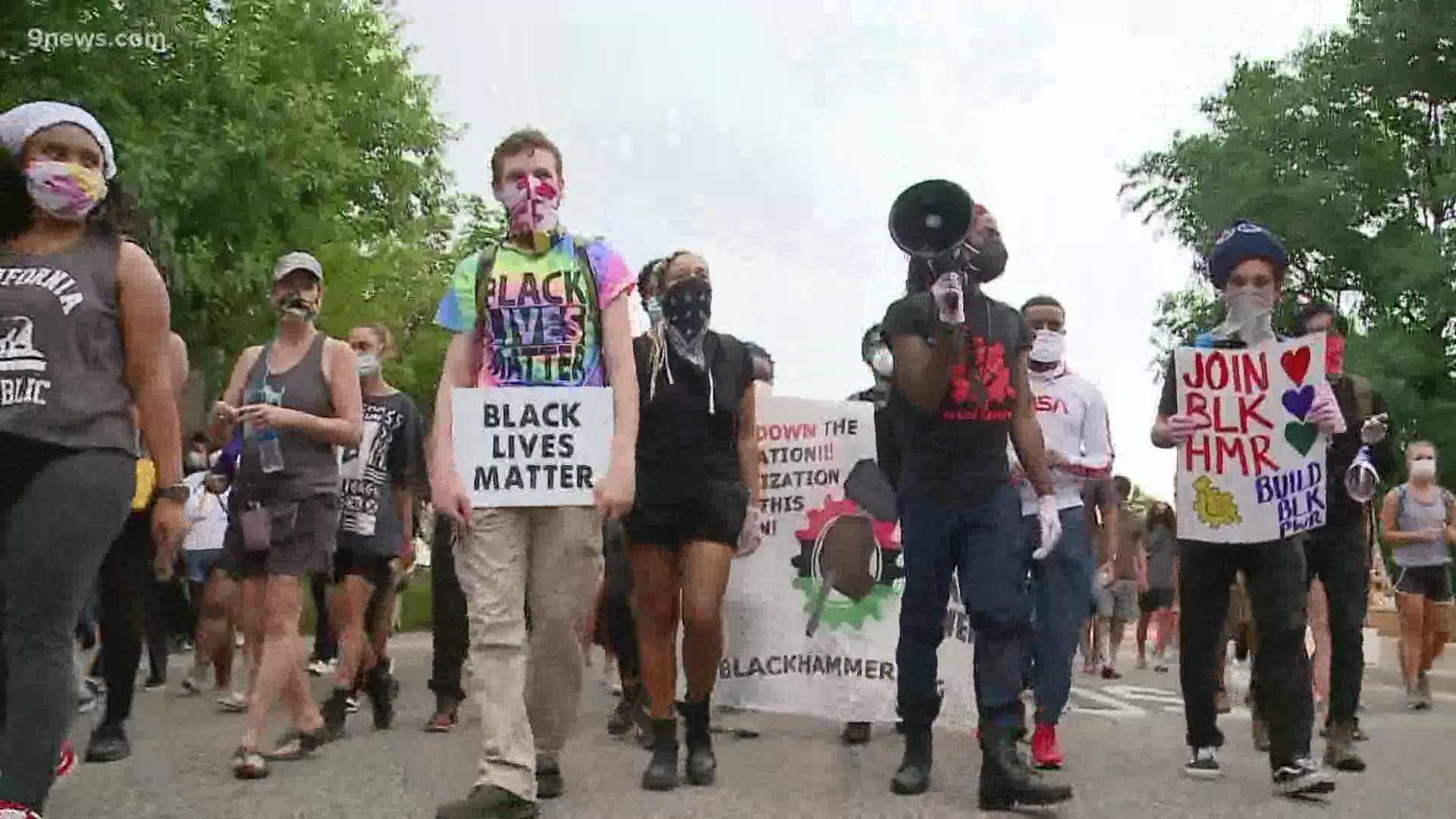 DENVER — On the streets of Montbello Friday evening, dozens marched, chanting the names of young people killed in recent shootings and violence in Denver.

Denver police said the number of deadly shootings in the city is up 50% this year over last.

The march Friday had a name: "Enough is Enough."

Teenagers and young people in the community organized the march, saying they’re done going to funerals and getting the call that one of their friends has been murdered.

As the crowd marched through the streets, they chanted the names of people shot and killed. For some they were the names of their friends and people they knew.

"Even as I speak, my heart aches," said Peter Lubembela, the founder of the 10 For 10 organization which organized the march. "Even as I look into the crowd, tears are falling in my eyes because just like the community I feel the pain."

From January 1 through July 12 of this year, 33 people were shot and killed in Denver. Compare that to last year when 22 people died of gun violence in the same time period. It’s a problem that’s caught the attention of the mayor and police chief. Both were in Montbello Friday night, listening to those much younger.

"Please include young people in the conversation," said Lubembela. "We need you to come out to events and rallies like this."

The youth leaders spoke to Denver Mayor Michael Hancock before the rally began. They also made demands to city leaders, including allocating more funding towards youth programs.

"Of course you feel hurt and you feel pain and you realize that you can’t bring that person back," said Barber. "At the end of the day, it’s our responsibility to stop killing each other."