The Mesa County Clerk and Recorder is reviewing election procedures to make sure the mistake doesn't happen again. 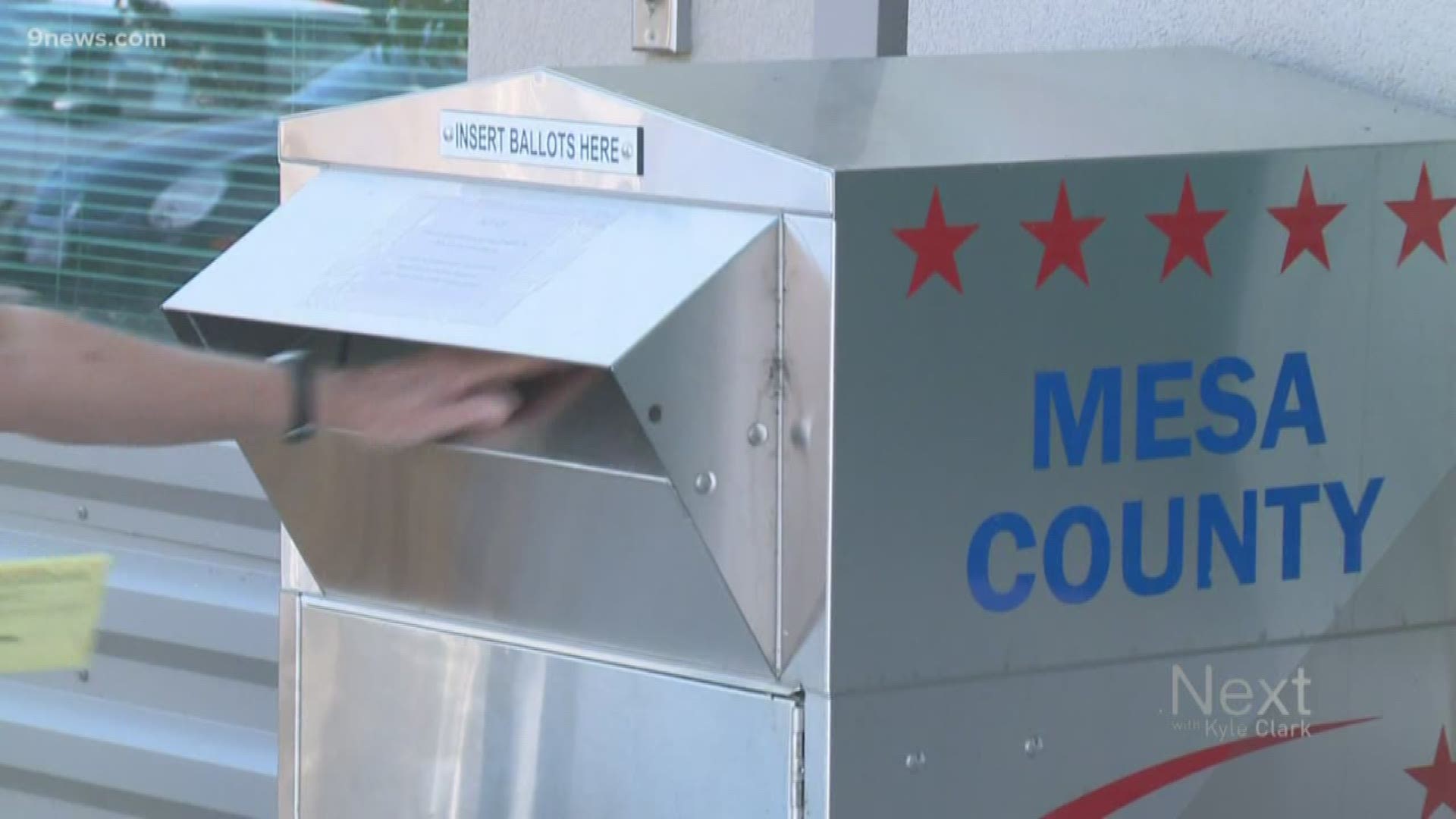 GRAND JUNCTION, Colo. — A total of 574 ballots submitted by voters in Mesa County during the 2019 Coordinated Election were found uncounted in a ballot box in Grand Junction, the Mesa County Clerk and Recorder announced Thursday.

As election officials began collecting the first Presidential Primary ballots from a ballot box outside the Mesa County election office on Tuesday, the uncounted ballots were discovered, months after election day.

"Our initial investigation has shown that approximately 500 ballots were not retrieved prior to the dropbox being locked at 7 p.m. on Election Day when the polls closed," Republican Mesa County Clerk and Recorder Tina Peters wrote in a press release. "We are continuing to look into this matter to determine how this error occurred."

Peters said an initial review of the ballots that were left uncounted show they would not have impacted the outcome of the 2019 election.

"Our initial review leads us to believe that had the ballots that were left in the dropbox been counted, it would not have produced a different result in any of the elections," Peters said. "However, the Mesa County Clerk & Recorder’s Office understands that this was a serious mistake that should not have happened."

Peters also said she takes full responsibility for what happened as the county clerk.

"This was a big surprise to find out that the person who actually closed the box at 7 p.m. did not actually collect the ballots out of it," Peters said. "We can train our election judges, which we do. We can train staff and our elections managers, but when it comes right down to it, the only variable that we can’t control is human error. That’s exactly what happened in this case."

Peters said she is investigating what went wrong, including asking to see security camera video from election day in November 2019. She said every one of those 574 voters who submitted ballots but didn’t have their votes counted will soon be receiving a letter from her office apologizing for the mistake.

"Steps to ensure that this won’t occur during the upcoming Primary Election have been taken, and the procedures followed by the elections staff are continuing to be reviewed and modified to ensure that this mistake will never happen again," Peters said.

The Colorado Secretary of State's Office is sending a representative to Mesa County this weekend to try and figure out what went wrong. They said 75% of all ballots in Colorado are returned through a ballot box.

"We’re a mail ballot state. People need to be able to return that mail ballot and know that ballot is being counted, so that's really concerning," said Judd Choate, the State Election Director for the State of Colorado. "I’m not all that worried we have a systematic problem. What I think is that we have a human error in this particular circumstance. What it makes me think is that we have a training vulnerability in Mesa that we need to address."

RELATED: Volunteer was supposed to help Aurora voter fix ballot, walked away instead. Here's why