Colorado Sen. Michael Bennet is ending his campaign for president, he announced Tuesday from New Hampshire within an hour of the primary polls closing. 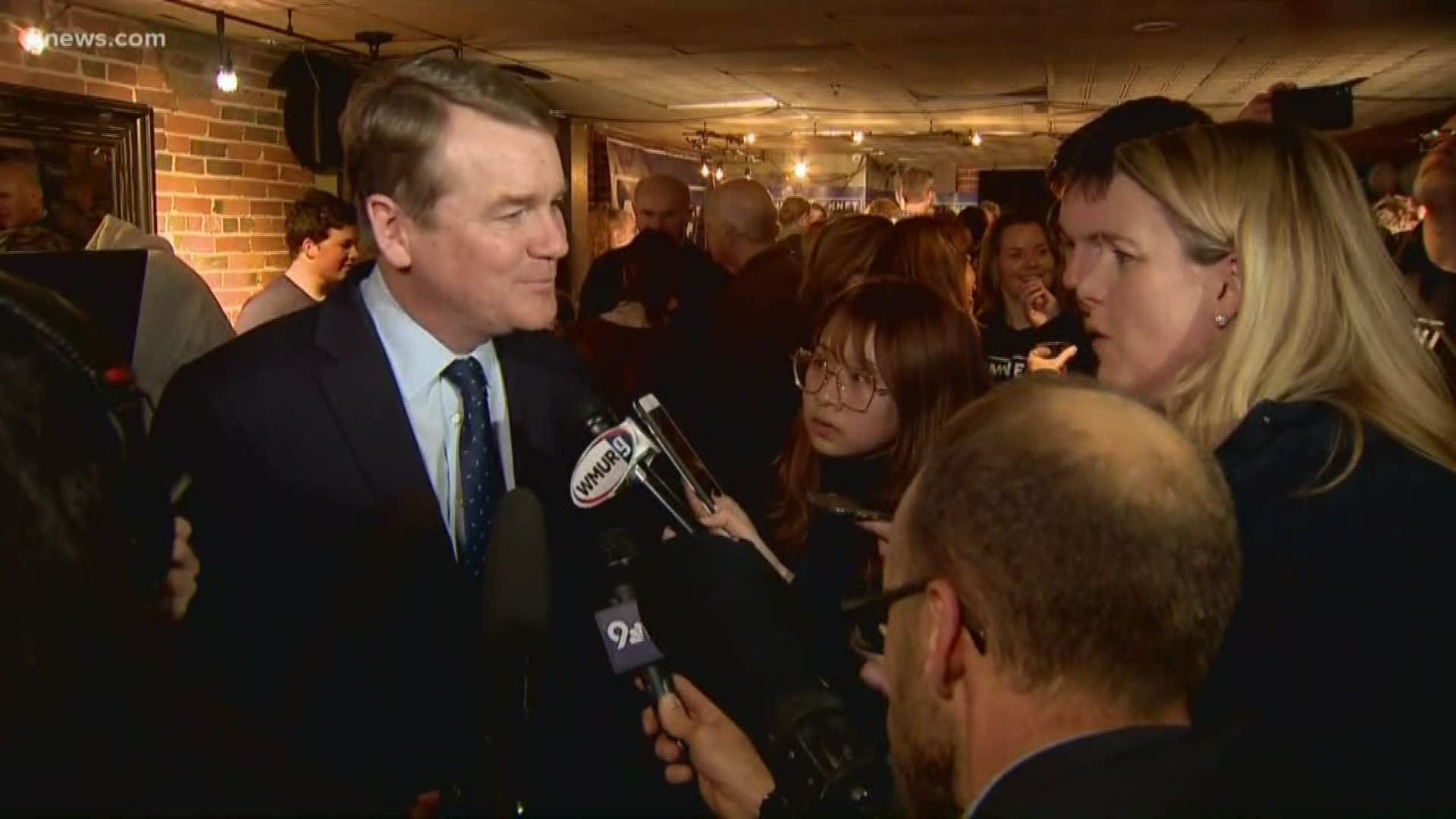 DENVER — Michael Bennet hoped to finish in the Top 3 in New Hampshire’s Democratic presidential primary. Within an hour of polls closing on Tuesday, when it was clear that wasn’t possible, the Colorado senator dropped out of the race for president.

Bennet announced his decision to a humble crowd of supporters at The Barley House Tavern in New Hampshire, the state where he focused his attention during the last couple of months of his campaign.

“I really want to say I appreciate the fact that you gave me a chance here, and you’ve given all the other candidates a chance. I wish all those candidates well that are going beyond New Hampshire. I think it’s fitting for us to end the campaign tonight,” he said on stage, joined by his family. 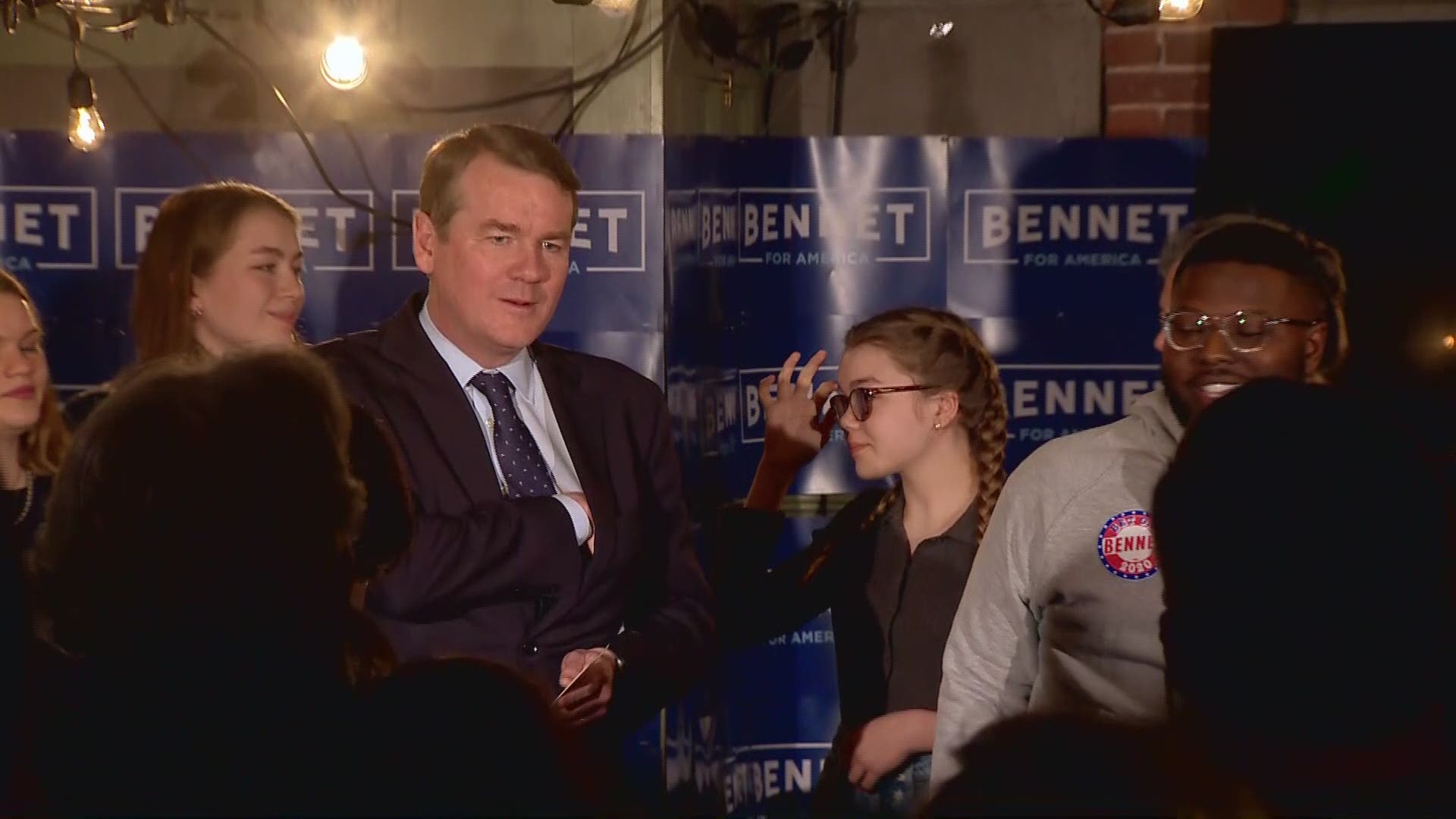 The New Hampshire numbers were disappointing for the senator. Write-in candidates ranked above him. He told 9NEWS that he did not plan to end his campaign until seeing the published results.

"I thought it was quite possible today that we would fall short. I didn’t know I would give that speech until about 15 minutes ago. But I feel good about what I said, I believe what I said," he told 9NEWS political reporter Marshall Zelinger. "As I told you guys before, my oldest daughter Caroline said, 'If you’re going to run, and you tell the truth and you lose, no one can fault you for it,' and I think we’ve been consistent on that ever since the first day I got into this race, and I’m grateful I’ve had the chance."

Bennet, a moderate Democrat who started his campaign in May after treatment for prostate cancer, has struggled in the polls from the start. He did not qualify for primary debates beyond the first two. But his bid for the presidency did outlive the campaign of fellow Coloradan John Hickenlooper, as well as more high-profile candidates like Cory Booker, Kamala Harris and Beto O'Rourke. 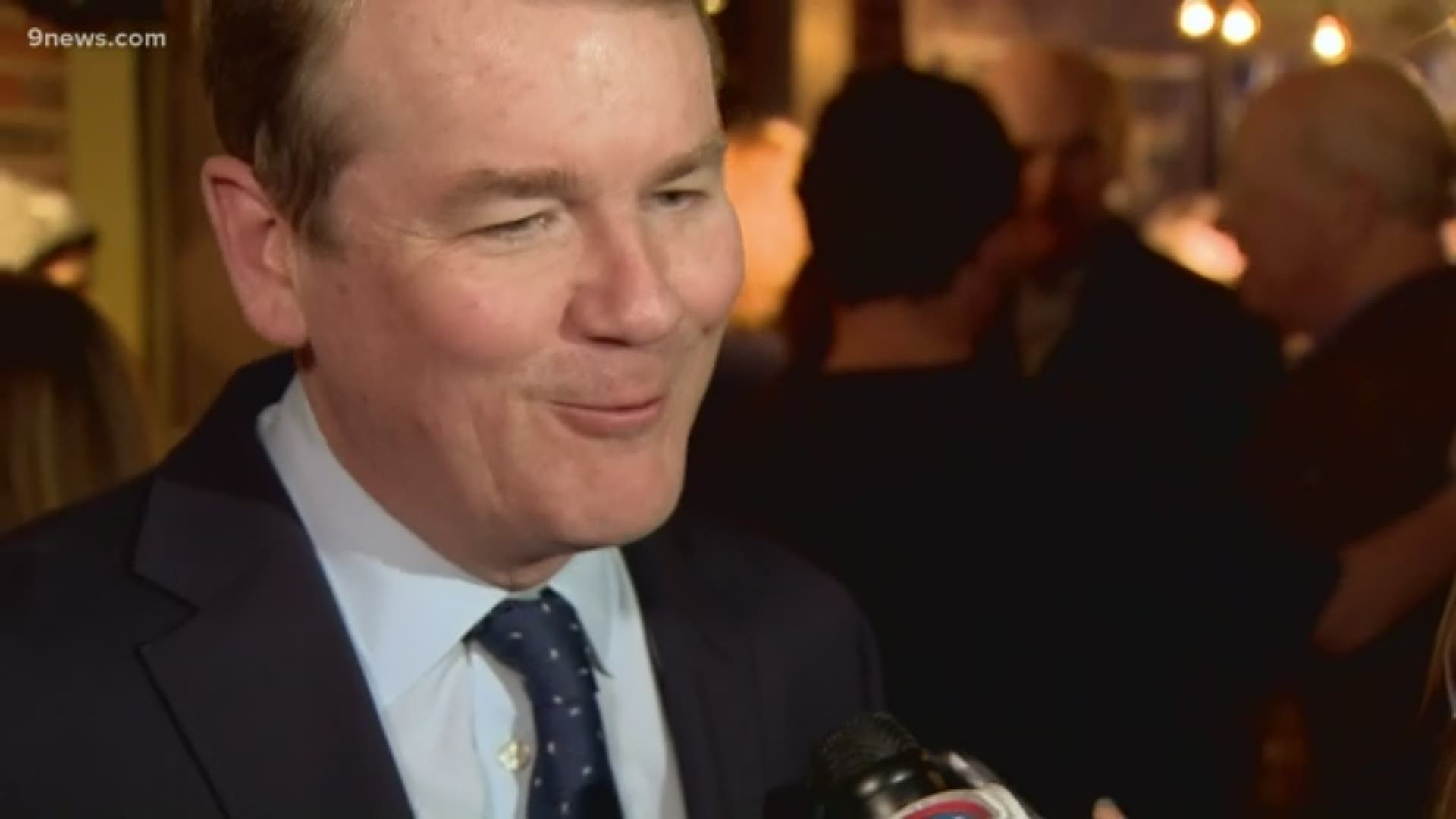 Speaking to his supporters, Bennet said he would get behind any candidate who wins his party’s ticket.

“I’m going to do absolutely everything that I can do, as one human being, to make sure that Donald Trump is a one-term president,” Bennet said.

He first gained some national notoriety last January, when he gave a fiery speech aimed at Sen. Ted Cruz (R-Texas) for “crocodile tears” during a partial government shutdown.

Bennet eventually built a campaign marketing himself as an antidote to Trump, who people wouldn’t have to think about for two weeks at a time. He called his priorities “The Real Deal,” an agenda that stayed away from Medicare for All, called for a plan to address climate change and looked to implement education reforms, like free community college.

Before becoming a senator in 2009, Bennet was a superintendent with Denver Public Schools and also worked as chief of staff when Hickenlooper was Denver's mayor.

Former Gov. Hickenlooper ended his presidential bid in August, and soon after announced he would compete in the 2020 Democratic Senate primary in Colorado. The winning Democrat will challenge Colorado’s other senator, Republican Cory Gardner.

Ahead of his decision Tuesday night, Bennet sat down with 9NEWS political reporter Marshall Zelinger. They discussed Bennet's relationship with Gardner, running for president as a dad and whether he was vying for a cabinet job during this campaign. You can watch that interview here.