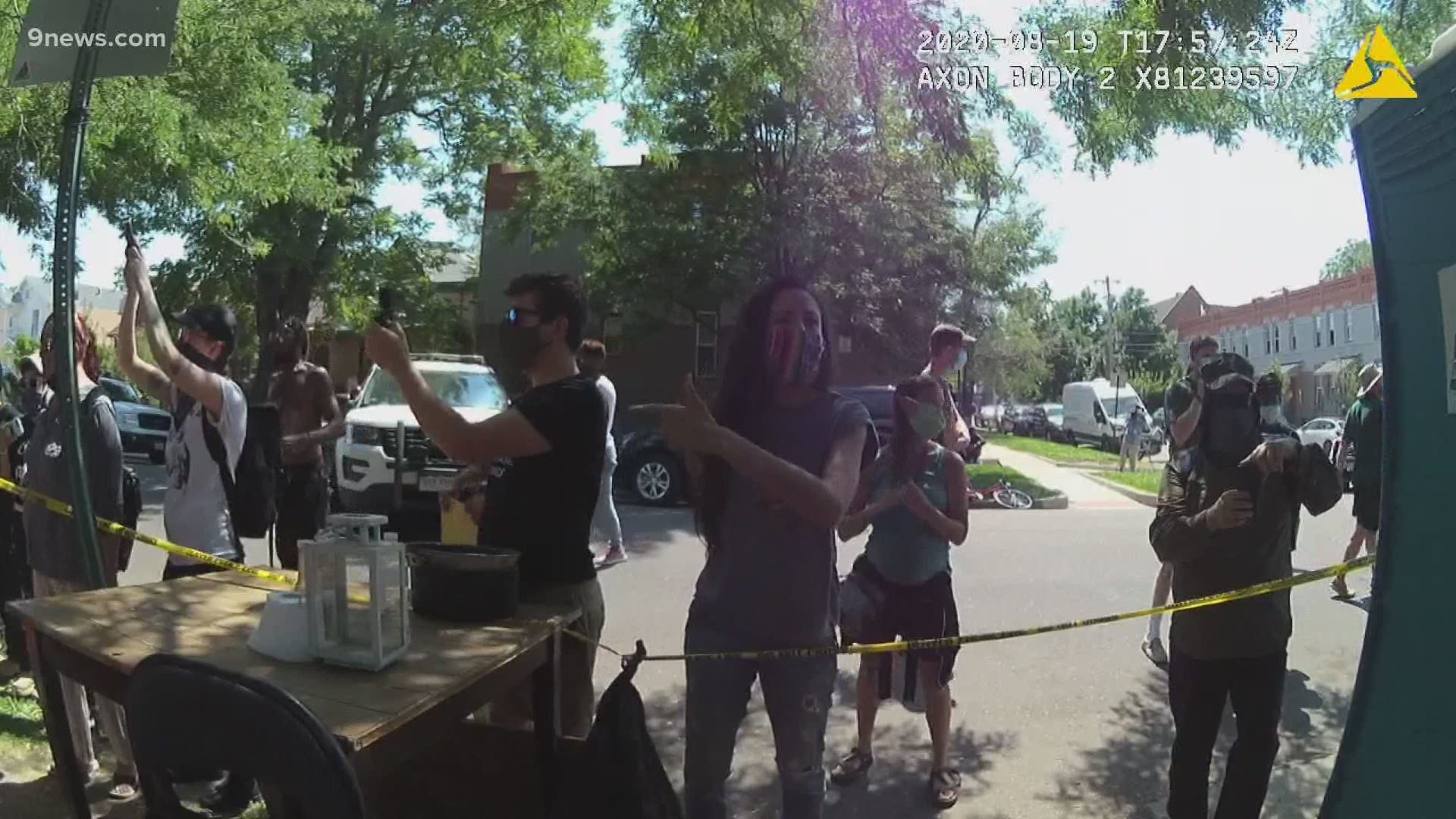 DENVER — A police officer with the Denver Police Department (DPD) has filed an ethics complaint against a Denver city councilwoman following an incident last month.

According to the complaint, filed on Sept. 4, Officer Mallory Lutkin was in the area of 2900 Glenarm Place responding to a disturbance where “officers were arresting an armed party and officers had been assaulted."

Officer Lutkin was told to hold a perimeter post and secure the scene as a large crowd was gathering in the area, the document says.

A short time late, CdeBaca arrived at the scene and demanded to speak with a supervisor, according to the complaint.

"CdeBaca approached Ofc. Wallace Sam and I," Lutkin wrote in the complaint. "CdeBaca pointed at Officer Sam (who is Black) and stated, ‘You should be ashamed.’ CdeBaca then pointed at me (I am white) and said ‘You, I would expect this from you.’ CdeBaca went on to tell us to look up the laws pertaining to slavery. When CdeBaca made these statements toward me, I felt she was bringing my race into the issue she had with officers being called to this area. The statement directed at me insinuated I am racist because I am white."

9NEWS reached out to CdeBaca, who offered no comment on the complaint.

“The comments made by Councilwoman CdeBaca were meant to dehumanize and humiliate officers on scene in front of protestors,” the complaint alleges. “Her comments incited other protestors to demean officers and encourage them to continue to verbally abuse officers."

“Some of these protestors were peaceful and some clearly had violent intentions as [two] officers were assaulted in this event, with one officer having his body worn camera stolen," Officer Lutkin wrote in the complaint. "One officer was kicked in the face while trying to arrest a party armed with a handgun (this gun was later found to be an identical replica) and that officer received [four] fractured teeth."

The ethics complaint also alleges a protester gave CdeBaca an officer’s body worn camera that was found at the scene, and that it took 51 hours for it to be returned to police.

“….by her holding this camera she was in effect making it impossible for this officer to do his job under the law," the complaint says. "Councilwoman CdeBaca made no effort to contact police and advise that she was in possession of the camera.”

9NEWS requested body-worn camera footage of the incident from DPD. You can watch that footage in the video player above. (Note: The video contains graphic language).

During a Denver Ethics Board on Tuesday morning, the board decided to dismiss the complaint for "lack of jurisdiction," according to Executive Director Lori Weiser.

The board noted in their dismissal that the complaint was not frivolous or brought for the purpose of harassment, but that it did not allege a violation of the ethics code, Weiser said.

"The board expects all public employees and elected officials to live up to the highest standard of ethical behavior," Weiser said. "The board is troubled by the allegations in the complaint."

Councilwoman Cedebaca will have to respond to constituents and members of City Council, but not before the Board of Ethics, Weiser said.

Last month, CdeBaca submitted a proposal to replace DPD with an unarmed “peace force” that would serve public safety by “proactive means.” The working document received little support at a City Council meeting on Aug. 17.