The race was close enough to trigger an automatic recount. 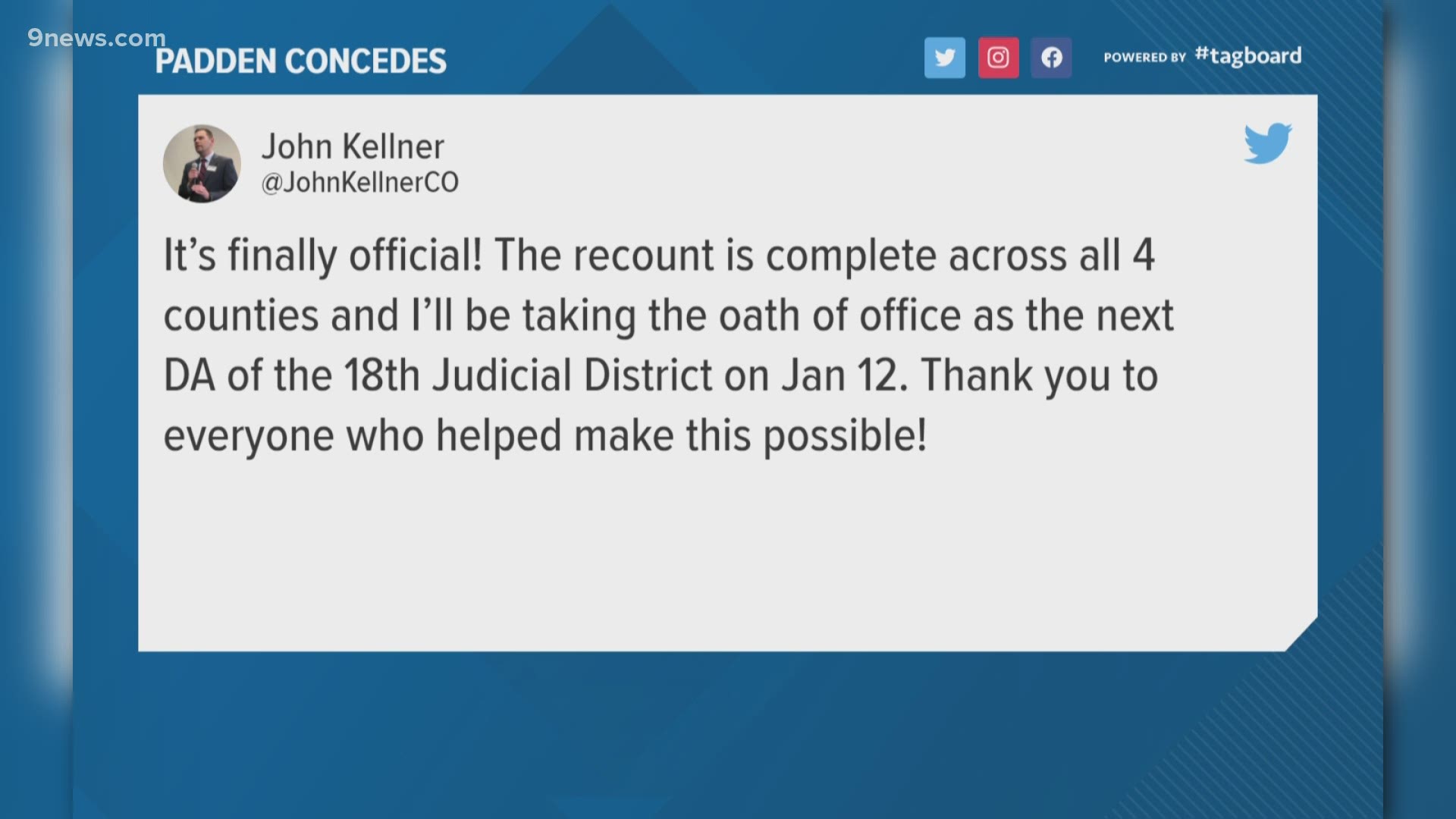 Kellner led Padden in the race to succeed term-limited Republican George Brauchler as DA for the district that includes Arapahoe, Douglas, Lincoln and Elbert counties after the original count, but the margin was small enough to trigger a recount.

According to the Colorado Secretary of State’s Office, a mandatory recount is triggered if the vote difference between the candidates is less than or equal to 1/2 of 1% of the highest vote cast.

An email from Padden's campaign Saturday said that while her campaign has not been provided with recount numbers from Lincoln County, she congratulated Kellner Saturday to based on the canvass board reports from the three other counties.

The email said the final vote numbers have not been certified, but the campaign estimates the final margin of victory will likely be around 1,425, or less than 0.25%.

“We ran a positive, policy-based campaign that resonated with hundreds of thousands of voters," Padden said in the email. "I am eternally grateful to my family, my team, and our amazing group of supporters for all their support.  While we were not victorious this time, we generated an interest in this race that had not been seen before. I look forward to the reforms that Mr. Kellner has promised to implement, because they are needed to ensure that communities of color and other marginalized communities are treated equally and fairly. I wish Mr. Kellner the best of luck and have offered any assistance that I might be able to provide in implementing his reforms.”

Kellner, who has been chief deputy district attorney under Brauchler since 2013, claimed victory via Twitter.

It’s finally official! The recount is complete across all 4 counties and I’ll be taking the oath of office as the next DA of the 18th Judicial District on Jan 12. Thank you to everyone who helped make this possible!

RELATED: DA race in the 18th stays razor-thin among contested races around state

Padden is a deputy district attorney for the 11th Judicial District, which includes Park, Chaffee, Fremont and Custer counties.