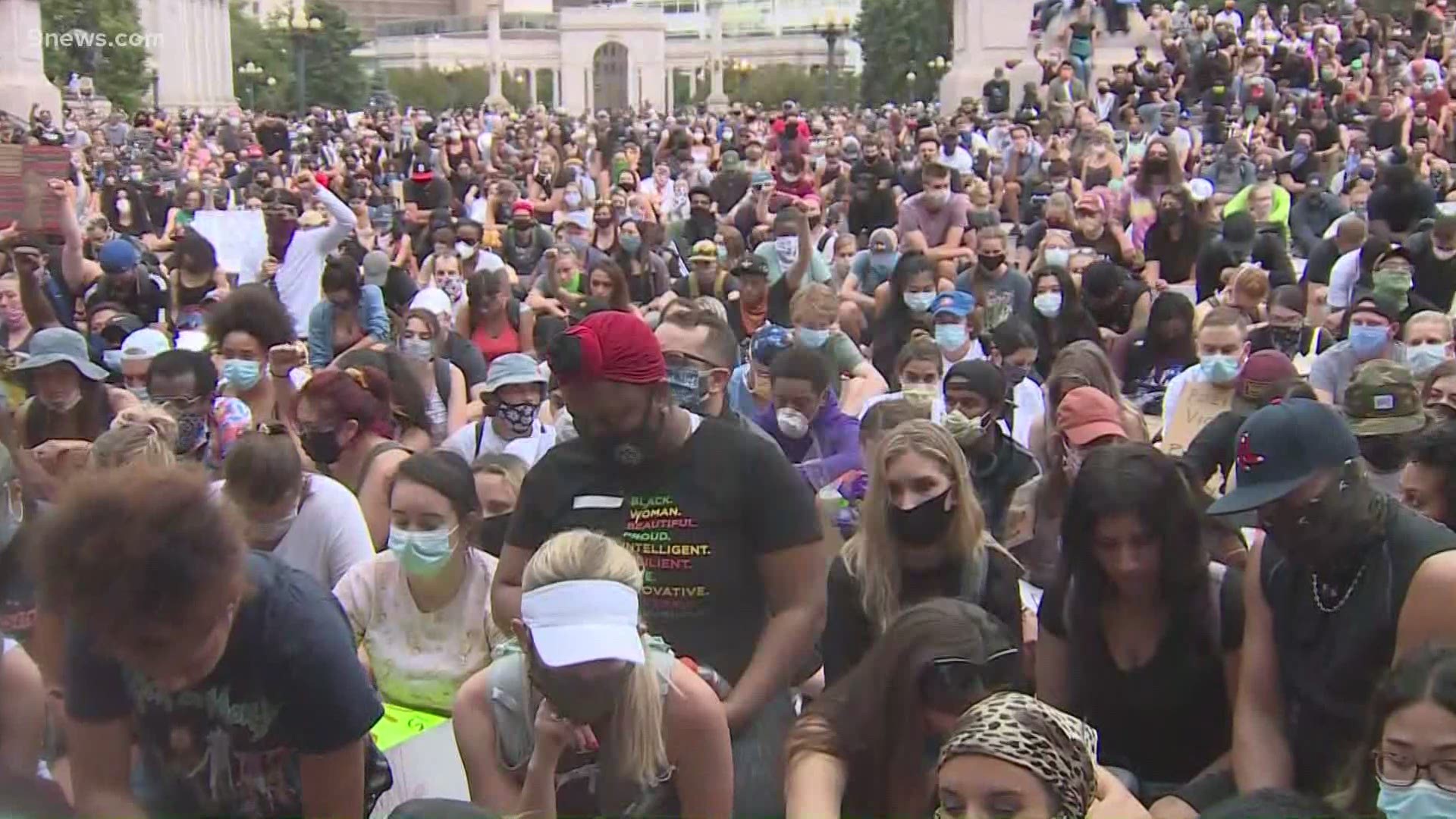 DENVER — A crowd of thousands fell silent for nearly nine minutes Wednesday night as protests in Denver continued into day seven in response to the in-custody death of Minneapolis man George Floyd.

For the next 90 minutes, the protest in Denver became a conversation as thousands listened to speakers talk about race, violence and discrimination. And anyone yelling against speakers was invited up to share their thoughts.

Marching continued after Denver's 9 p.m. curfew but protesters remained peaceful and police officers appeared to be blocking traffic like they did Tuesday night, according to 9NEWS reporters on the ground downtown.

Denver Mayor Michael Hancock was leading protesters on a march through the city earlier Wednesday evening. Arm-in-arm they were chanting, "hands up, don't shoot."

Hancock also addressed a crowd in front of the Capitol building saying, “to all of you who have been here marching in peace, thank you on behalf of Denver.”

When asked why he hadn't joined protesters before day seven, Hancock said he was working with his office to find solutions to the problems people are protesting about.

Credit: KUSA
Denver Mayor Michael Hancock was leading protesters on a March through Denver on Wednesday evening. Arm-in-arm they were chanting, "hands up, don't shoot."

A group of third- and fourth-year medical students from the University of Colorado School of Medicine told 9NEWS they just finished their shifts, some had 12-hour shifts, and still showed up because of how important this cause is to them.

By 6:30 p.m. Civic Center Park was packed, and organizers said Wednesday’s protest was a chance to celebrate and mourn the death of Floyd.

One person was arrested for eluding and the rest were for curfew violations, according to DPD.

1 / 36
KUSA
For a 7th straight night in Denver, protesters have gathered at the Capitol in response to the in-custody death of George Floyd.

RELATED: Day 6: Police appeared to be blocking traffic for peaceful protesters on day 6 of George Floyd rallies in Denver