The candidate for the 2020 Democratic presidential nomination looks to keep pace with Sen. Bernie Sanders (I-Vermont) after close finishes in Iowa and New Hampshire. 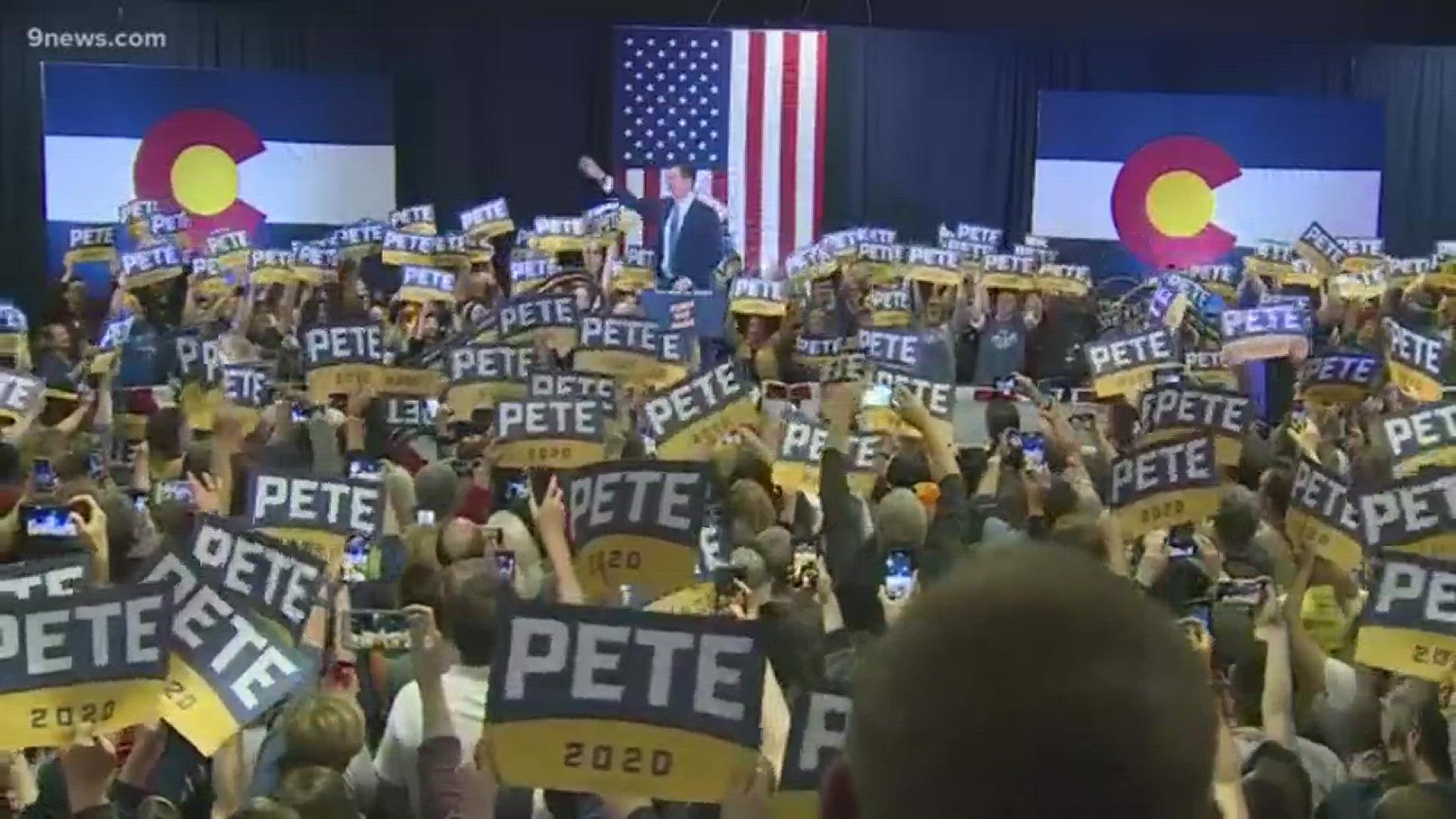 DENVER — Pete Buttigieg continued his campaign for the 2020 Democratic presidential nomination with a town hall in Denver Saturday night.

The event was held in the Crowne Plaza Denver Airport Convention Center at 15500 40th Avenue.

In New Hampshire, Sen. Sanders narrowly edged out Buttigieg in that state's primary by less than two points.

Buttigieg's event is one of many being held by 2020 Democratic presidential hopefuls in Colorado this week.

Sanders held a town hall in Denver on Sunday, Feb. 16.

President Donald Trump was also in Colorado on Thursday for a rally supporting the reelection campaign for Sen. Cory Gardner (R-Colorado) in Colorado Springs.

Elizabeth Warren will cap off the week with an event at the Fillmore Auditorium in Denver on Sunday afternoon.

The next test for the Democratic presidential hopefuls will be the Nevada Caucus on Friday, Feb. 22, followed by the South Carolina Primary on Feb. 29.

Colorado is among 14 states holding a Super Tuesday Primary Election on March 3.

RELATED: Here's how the Nevada caucuses work and why we may not have a result Saturday