Polis was joined by members of the Southern Ute, Ute Mountain, Cheyenne and Arapaho tribes, and members of CO's American Indian and Alaska Native communities. 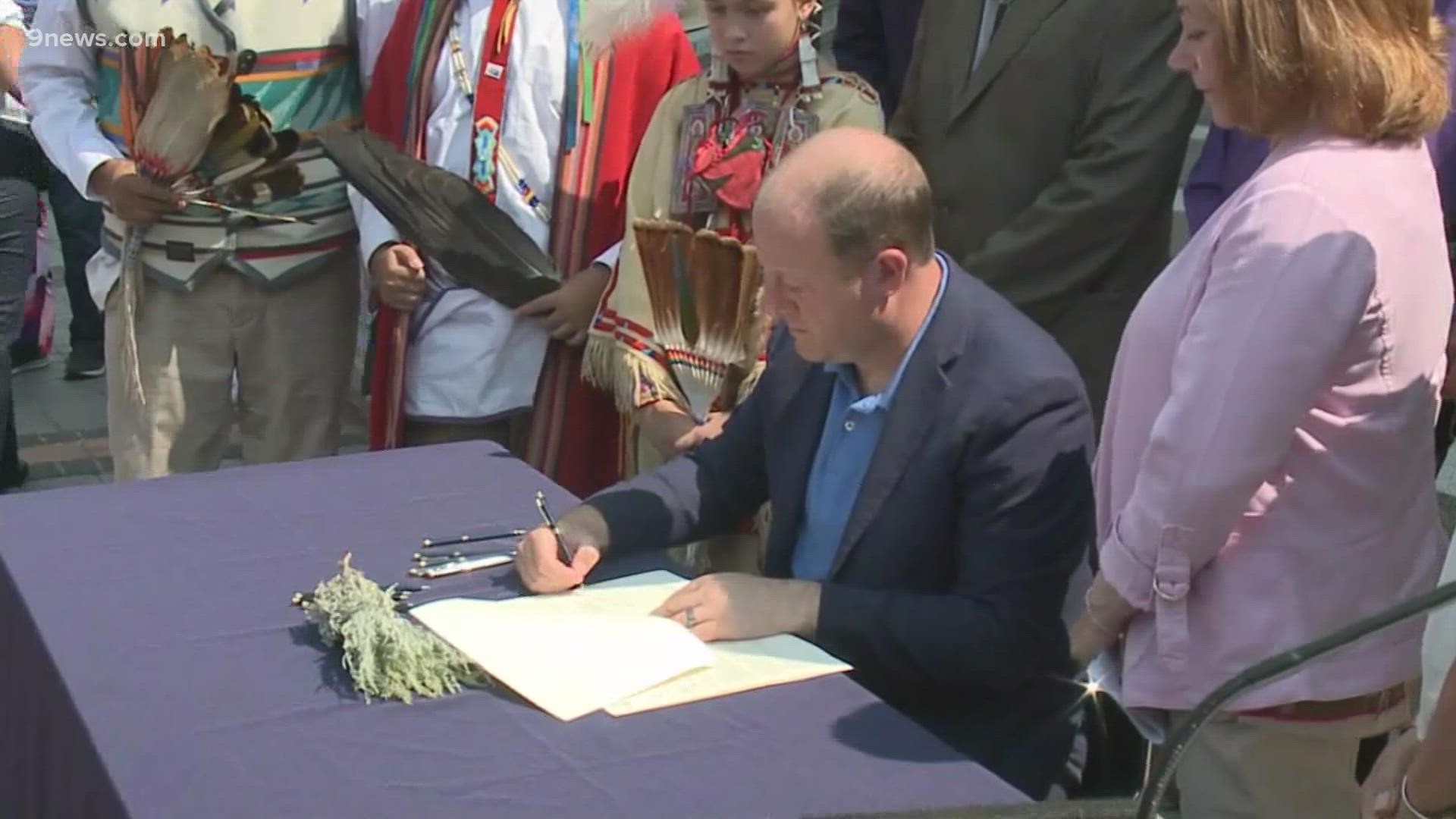 DENVER — With the stroke of a pen — or as these things go, multiple pens — Gov. Jared Polis Tuesday made amends for the wrongs committed by one of his predecessors and repealed two executive orders, including one that called on Colorado citizens to "kill and destroy ... hostile Indians."

Second Territorial Gov. John Evans issued those proclamations in June and August of 1864. According to Polis' executive order, that led to the events of Nov. 29, 1864, when 675 volunteer soldiers under the command of Col. John Chivington attacked a peaceful gathering of Cheyenne and Arapaho women, children and elders, slaughtering 230 of them.

Two years ago, Rick Williams of Broomfield, who is a Lakota Cheyenne elder, was researching a great-great grandfather who was a Dog Soldier, and stumbled across the proclamations. He asked around to see if the proclamations had ever been rescinded, and reached out to Rep. Adrienne Benavidez, who has championed some of the bills in the past to address Native peoples' grievances over Indian mascots and Columbus Day (now Frances Cabrini Day). Benavidez is also a member of the state's geographic naming board that is currently reviewing proposed name changes to geographic landmarks, including Mt. Evans.