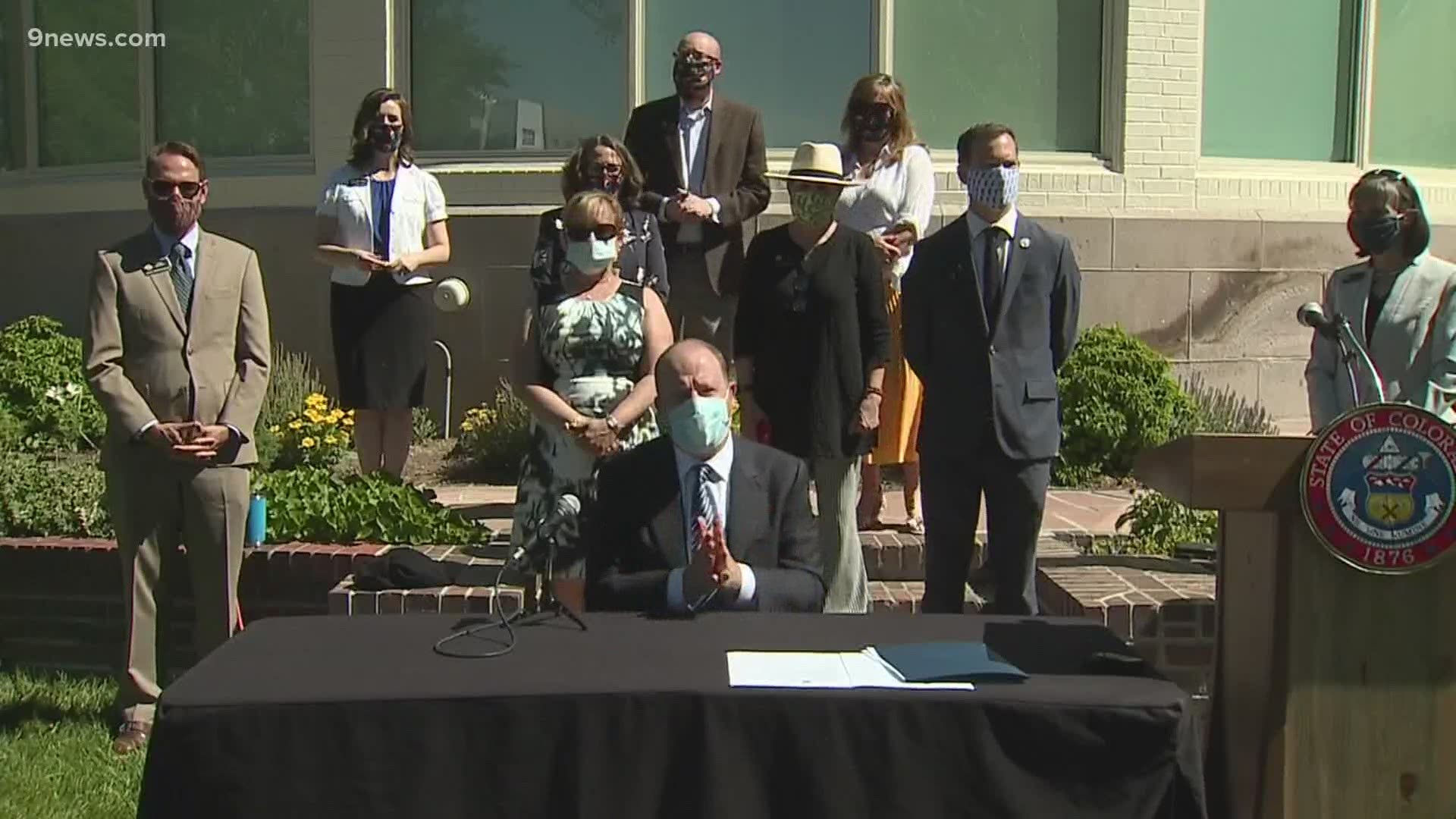 DENVER — Gov. Jared Polis on Monday morning put his name on a package of bills the legislature passed to help Colorado recover from the worst global health crisis in a century.

Polis applauded lawmakers' work on money that's needed right away and called for another round of federal stimulus money soon.

"I know that just as we showed Colorado has managed the first round efficiently, effectively, in a bipartisan way, we can be confident that when there is another round of support, I'm optimistic Colorado will once again rise to the occasion and be able to make sure those resources reach those who need them the most," the governor said in the garden at Boettcher Mansion in Denver Monday morning. 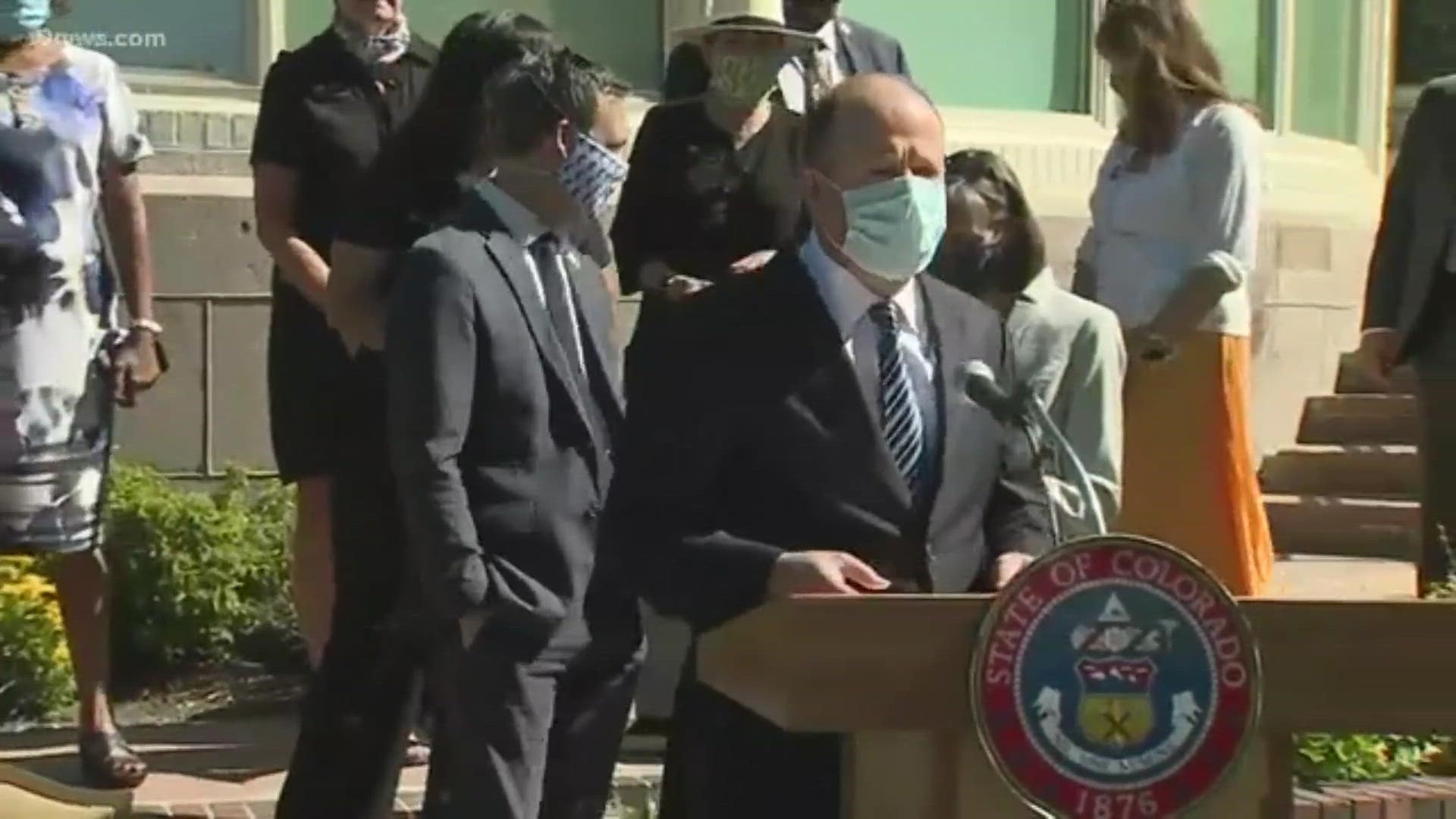 Legislators gathered behind him as they directed the spending of mostly federal dollars.

"This is a response to your pain," Sen. Rhonda Fields, a Democrat from Aurora, said to Coloradans watching over Facebook, citing a myriad of unexpected challenges still ahead for many, including anxiety, depression and substance abuse.

The effort was about prioritizing people who often get overlooked, she said.

Added state Sen. Brittany Pettersen, a Democrat from Lakewood, "In Colorado we made sure to prioritize funding these supports."

"This is a collection of bills that weren't on our agenda in January," said Senate Majority Leader Steve Fenberg, a Democrat from Boulder.