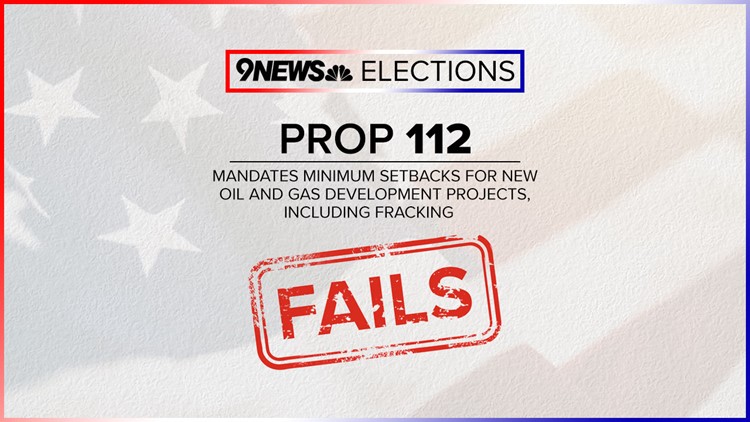 Prop 112 fails; Buffer zone for oil and gas development will not expand to 2,500 feet

Buffer zones for future oil and gas development in Colorado will remain at 500 to 1,000 feet after Proposition 112 fails to pass Colorado voters. The new buffer zone would have been 2,500 feet from "occupied structures" and "vulnerable areas" if Prop 112 had passed.

The measure currently has only 42 percent of the vote with no signs of increasing.

The current regulations were passed in 2013 and limit new oil and gas development within 500 feet of homes and occupied buildings, which amounted to an area of about 18 acres. The new regulations, had they passed, would have put the new barrier at 450 acres surrounding a home or school.

The Colorado Oil and Gas Commission warned Prop 112 would limit oil and gas production on about 85 percent of Colorado's non-federal land. The commission also predicted a possible loss of jobs, lower payments to mineral owners and less tax money for schools.

Supporters worried about the potential damage oil and gas operations may have on public health, safety and the environment.