A proposed law would give more power and rights to nearly 40,000 farmworkers in the state, including the right to unionize. One group against calls it "egregious." 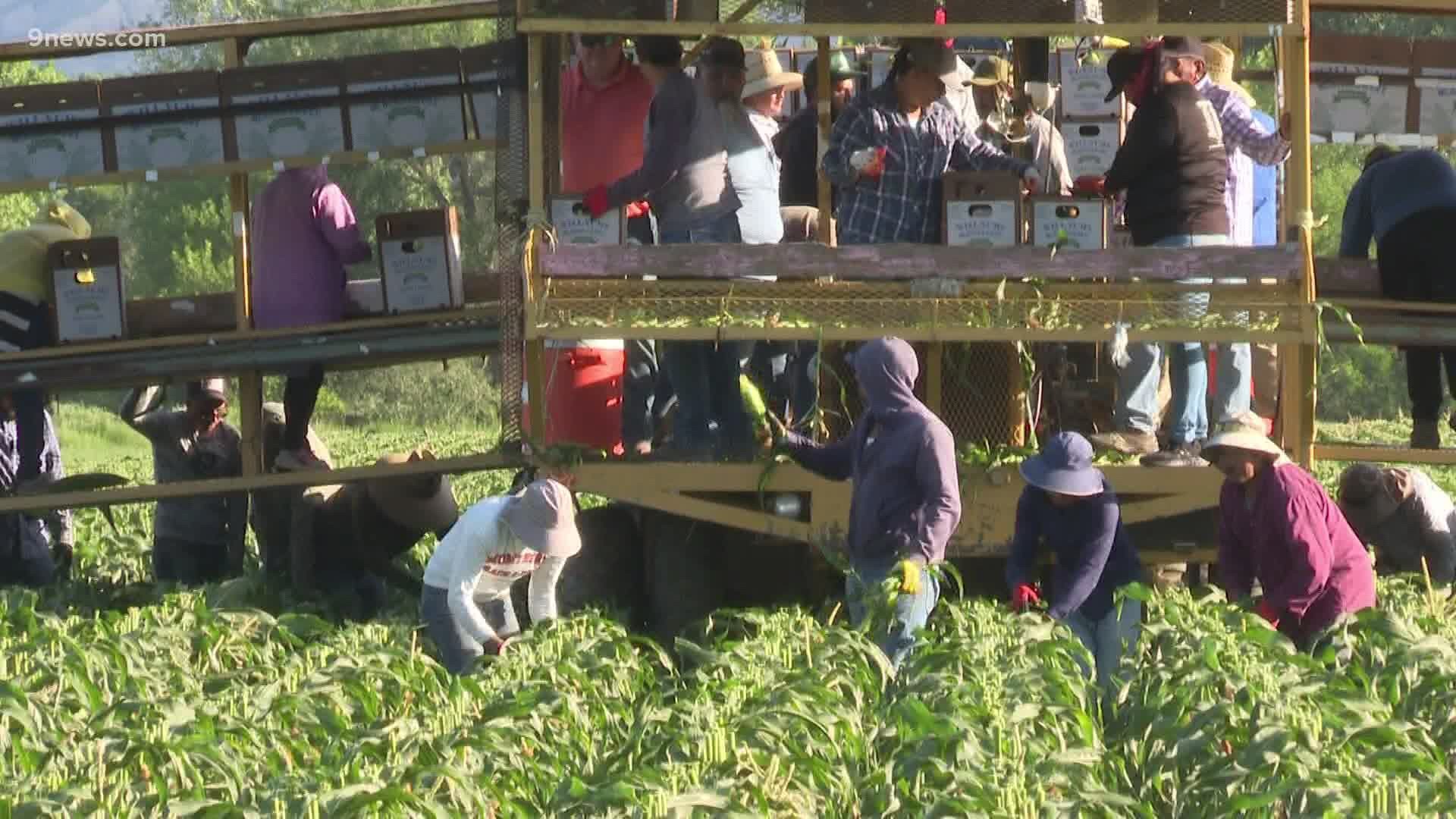 DENVER — A proposed bill that’s designed to give farmworkers in Colorado more rights would mean guaranteed pay of at least minimum wage, overtime and the right to organize and join unions.

The bill is sponsored by state Senator Jessie Danielson, a Democrat who represents Jefferson County.

“I grew up in a farming family here in Colorado and I know that most agricultural employees do not mistreat their workers, but unfortunately the law allows for people to be exploited in a pretty significant way,” Danielson told 9NEWS.

Within the bill’s host of proposals involving pay, work breaks and shelter for workers, the bill would also ban the use of the short-handled hoe, a tool long-seen as a symbol of oppression.

The hoe, known as the “devil’s arm” has been blamed for long-term chronic and debilitating pain after years of working hunched over in fields. Farmworker advocates also say the tool allows farm managers to see who stands up in the field, prompting abusive punishment for stopping work.

“There are cases that if you call in, that you are sick the next day, you are fired because they do not believe you,” a farmworker said in one of the interviews.

“While we demand so much of these critical essential workers, they are expected to labor with none of the basic protections that are provided in this bill,” Danielson said.

The Colorado Cattlemen’s Association is against the bill in its current form and said in a written statement “we are willing to work on minimum wage, overtime, and other reasonable measures for employees and employers.”

The association claimed it was left out of the discussion before Danielson’s bill was proposed, which Danielson denied.

“Senate Bill 87 was a piece of legislation that our organization and all of agriculture viewed mere days before the session began,” Terry Fankhauser, the association’s vice president said in a written statement.

“....not only was the legislation more egregious than any labor law seen in Colorado to date but also it will harm the mutually beneficial relationship between employee and employer that the vast majority of agriculture currently enjoys,” Fankhauser added.