COVID-19 has brought more scrutiny on the cleanups or sweeps of Denver's homeless camps. 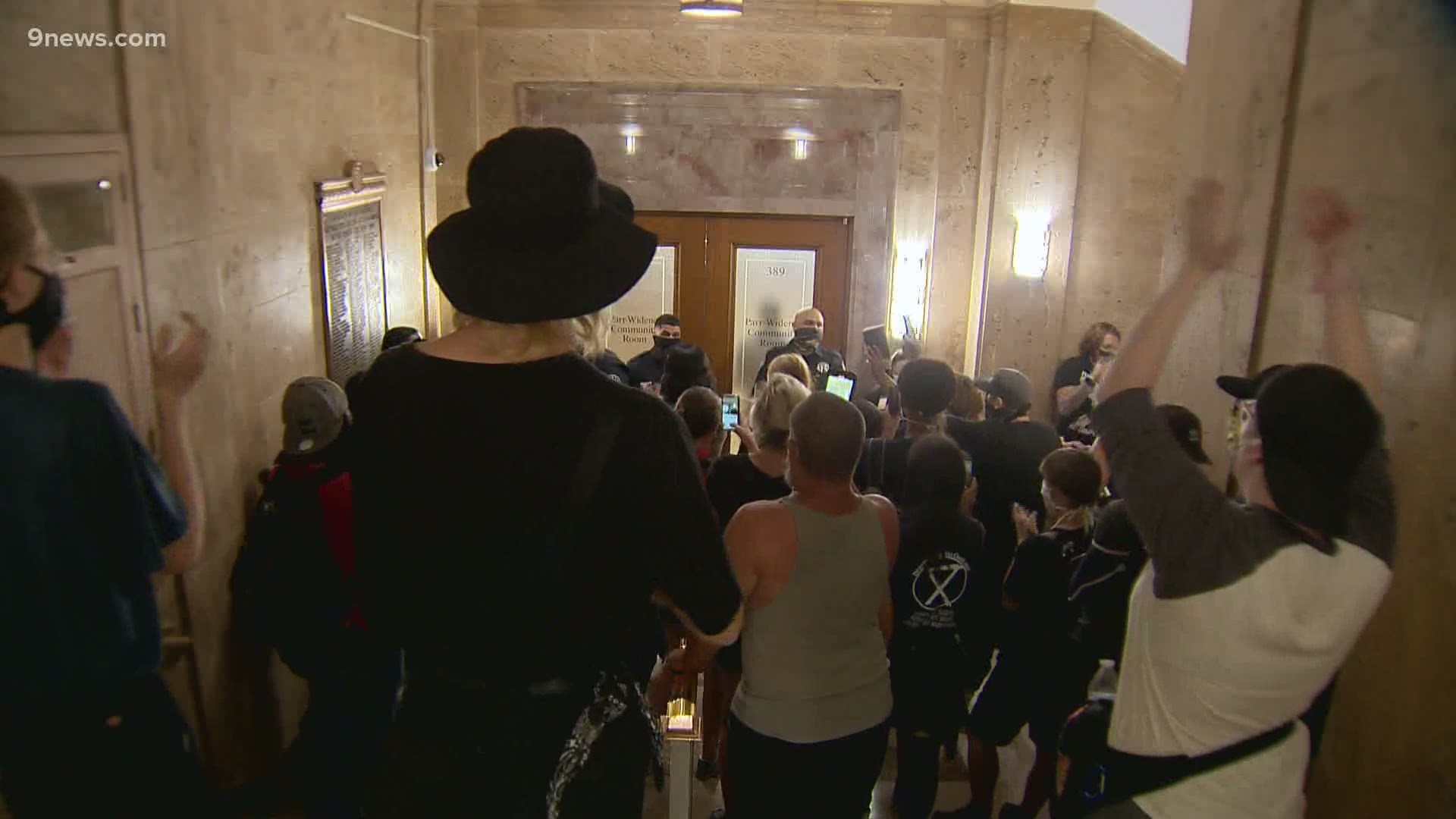 DENVER — A group of protesters on Wednesday morning gathered near Morey Middle School in Denver's Capitol Hill Neighborhood to stop the city from cleaning up or "sweeping" a homeless encampment.

That cleanup never came, and the city's Department of Public Works said it didn't have one planned.

Despite no action on Wednesday, the city has taken action since the pandemic began, and advocates for the homeless believe they should stop forcing any unsheltered person to move unwillingly.

Centers for Disease Control and Prevention (CDC) guidelines for unsheltered individuals during COVID-19 say, "if individual housing options are not available, allow people who are living unsheltered or in encampments to remain where they are."

But Mayor Michael Hancock said there are two public health crises: the pandemic, and the cleanliness of the camps.

“Some of these encampments have quite frankly spiraled into public health threats and there’s a great concern when you’re allowing feces and needles and other unsanitary conditions to exist,  we have to abate them," Hancock said.

During Hancock's news conference on public health in Denver, shouts could be heard coming from behind the doors.

The protesters who were at the Capitol Hill camp in the morning marched to the City and County Building and demanded to be let into room 389 where the news conference was being held.

Denver Sheriff deputies told protesters they could not enter for social distancing reasons.

“You know what doesn’t have social distancing?" one person yelled. "The shelters! The homeless."

That began a series of chants from "let us in," to "public health means stop the sweeps!"

The mayor continued his news conference inside the room and said, "we’re gonna do it," when asked about more homeless camp cleanups. "The reality is we cannot allow an unsafe condition to exist for the people who are camping there or for the neighbors around the campsites."

When asked if he would consider a sanctioned outdoor camping area with services, Mayor Hancock said, "we're taking a look at it."

Eventually, the mayor's senior advisor, Danny Glover, said four people from the crowd could meet with the mayor to tell him their concerns.

Therese Howard with Denver Homeless Out Loud, a man named Jerry who lives in a homeless camp, a few city council members and other advocates met with the mayor for around an hour.

9NEWS cameras were not allowed in the meeting, but the meeting was live-streamed.

Instead of making the campers move while the sidewalks are cleaned, they asked the mayor to provide services like water, bathrooms and regular trash pick up.

The mayor did not commit to taking action, but his office said in an emailed statement that "he listened to their ideas and looks forward to continuing the conversation as he examines a range of options that will look to balance the many public health challenges posed by encampments."

When the protesters left the meeting, they were not satisfied.

"He has to know we’re not going to be quiet until he says no more sweeps, we’ll follow the CDC guidelines, we’re going to designate areas for folks to have encampments, and we’re going to invest in public housing," Howard said.