The petition accuses Mayor Ken Kreutzer of suspending the city manager after he uncovered $70 million in overcharges for water. 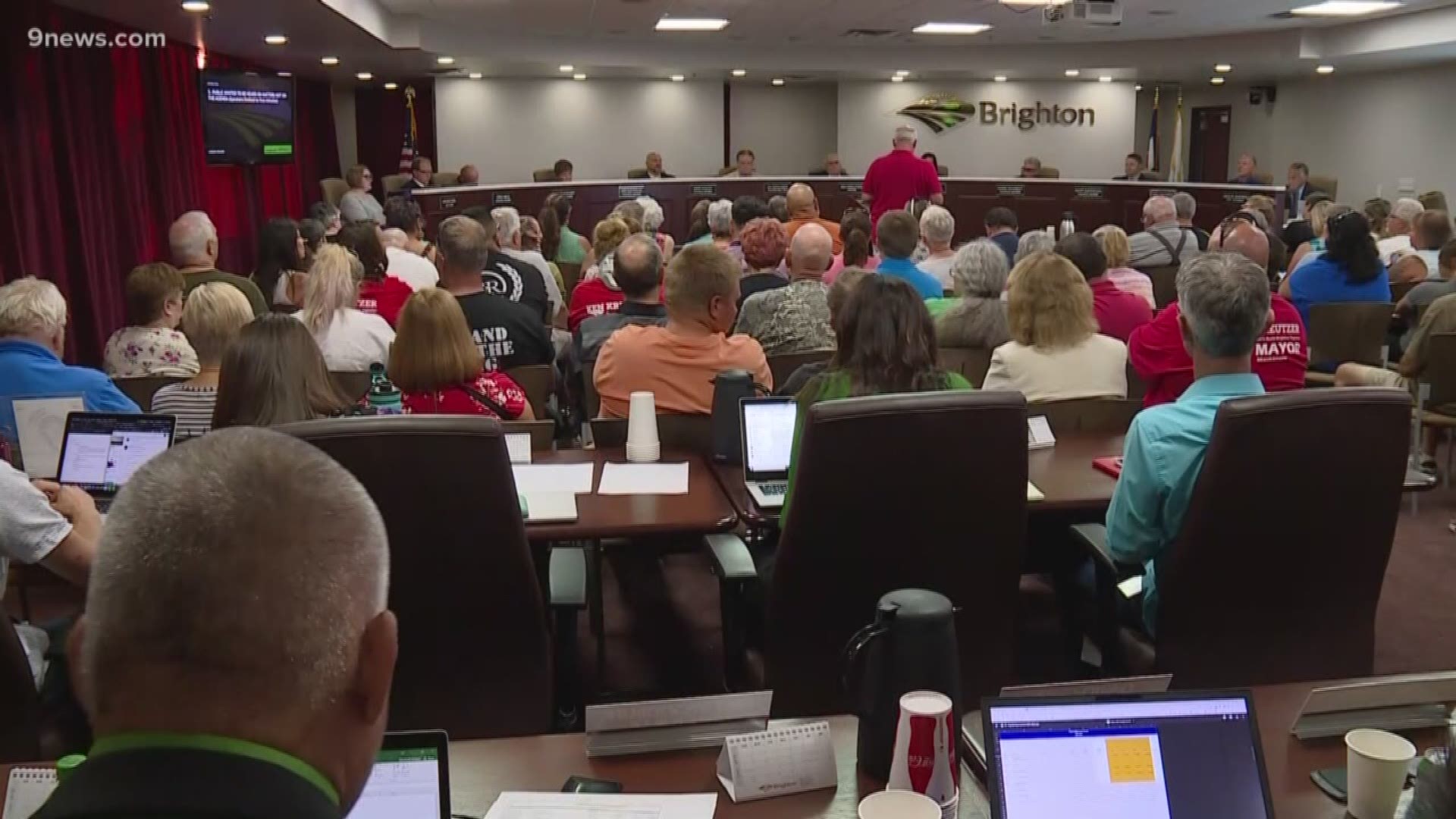 The group said the petition has 1,782 Brighton residents' signatures, 646 more than the 1,136 signatures required for a special election.

A spokesperson for the city said the clerk is in the process of verifying the number of eligible signatures. The city has five days to complete this.

If the petition is accepted, the next step is a special election, as mandated by the City of Brighton Home Rule Charter and state laws.

The committee that submitted the petition said this is the first time an elected official faces recall in the city's 132-year history. The city's spokesperson said they could not find any information regarding a previous recall election.

The petition comes after the firing of City Manager Philip Rodriguez in July, which Rodriguez's supporters claim came after the former city manager discovered what he called overcharges on water and sewer bills and led to an excess of $70 million dollars in the utility fund.

Kreutzer has insisted that had nothing to do with Rodriguez's firing and said the he doesn't "have faith or confidence" in Rodriguez to lead the city.

But some Brighton residents claimed Kreutzer knew about the overcharging and that he suspended Rodriguez without “any reason or action.” They alleged the mayor suspended Rodriguez seven days after he blew the whistle on “two separate city scandals.”

The Committee to Recall Brighton Mayor Ken Kreutzer, which organized just ahead of Rodrguez's firing, worked to collect signatures for the petition.

The committee said it took 18 days and about 40 volunteers to collect the 1,782 signatures, and sent a letter to Hoel urging her to complete the verification process "without delay" and schedule a special recall election. The letter also says the committee will "publicly resist and legally challenge any attempt to delay or deny the required special election."

"The rapid success of this effort, and the overwhelming response of the city to this first-ever recall initiative, sends a clear message that this mayor has lost the confidence of the people of Brighton and should step down,” said Jeremy Torgerson, a member of the recall committee.

According to city audits since 2014 reviewed by 9NEWS, the city’s utilities department only used up to a third of the of money budgeted for projects each year as water, sewer and storm drainage rates continued to increase for users.

Revenue from those fees goes into separate funds for water, sewer and storm drainage. A review of those funds since 2014 shows collectively their fund balances have increased by $40 million.

Each fund only spent a fraction of budgeted funds on projects since 2014. For instance, a city audit showed in 2014, the water department budgeted $115,781 of the storm drainage fund for projects, but only spent $7,386.

The next year, fixed rate users saw a storm drainage fee increase of 64 cents. That trend of spending less than what was budgeted and raising rates continued each year.

This story draws on previous reporting from Allison Sylte and Steve Staeger.