Lopez finished third in the 2018 GOP gubernatorial primary and has been running for more than a year for the 2022 GOP nomination. 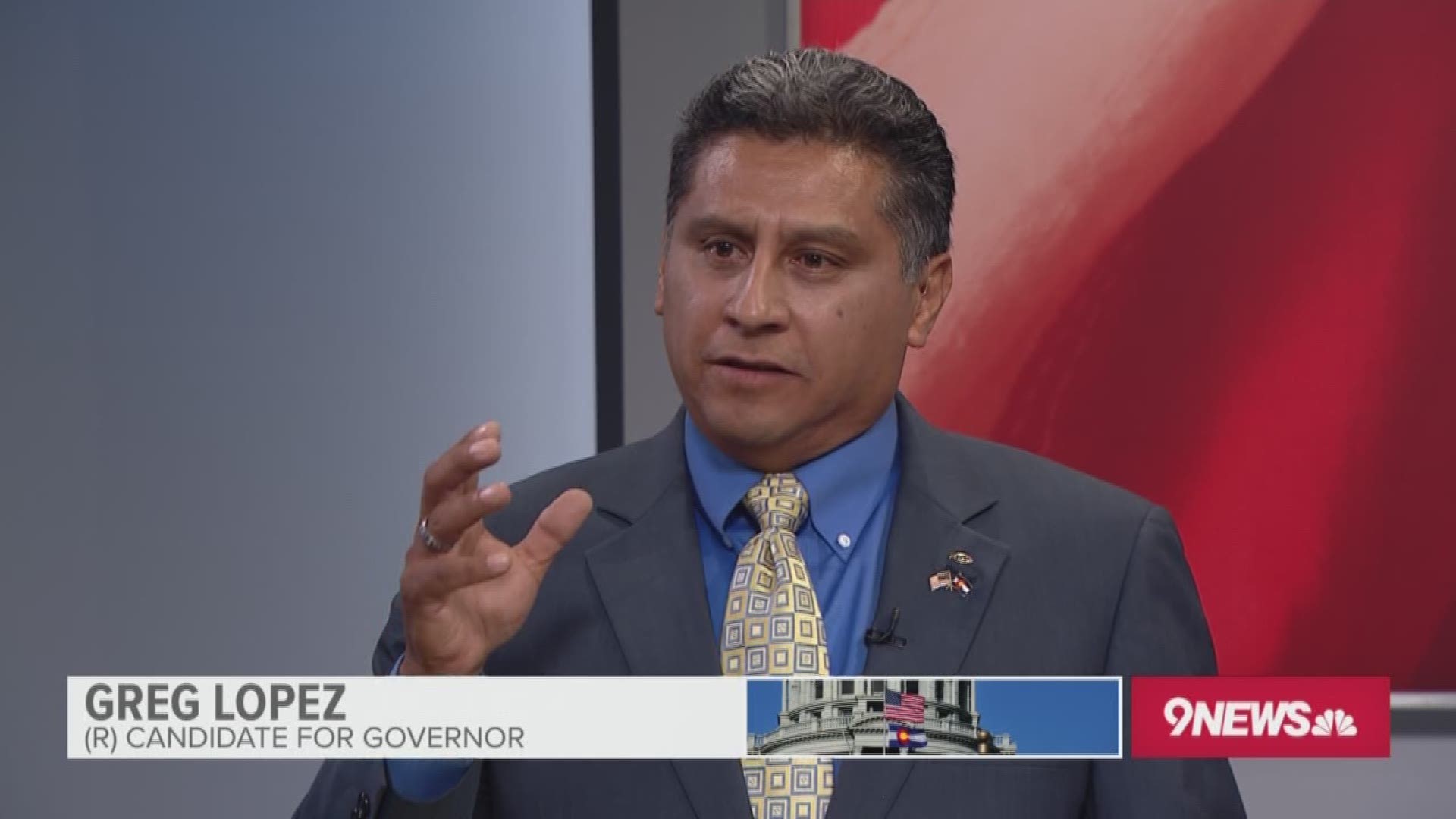 COLORADO, USA — Republican Greg Lopez plans to kick off his second run for governor Thursday in Parker, the Douglas County town where he served a term more than two decades ago as the growing suburb's youngest mayor.

Lopez finished third in the 2018 GOP gubernatorial primary and has been running for more than a year for the 2022 GOP nomination to take on Democratic Gov. Jared Polis, who has yet to draw a prominent Republican challenger.

> Video above: Greg Lopez discusses whether he's prepared to handle the role of governor during 2018's governor race.

“I believe together we can make life better, richer and fuller for all Coloradans," Lopez said in a campaign email. "I believe that Colorado is a state where opportunity abounds, and personal responsibility and achievement are rewarded. Let me be clear: Change is coming, and you and I are going to make it happen — together!"

The Air Force veteran was elected mayor of Parker in 1992 at age 27 and served a four-year term, simultaneously holding the position of the town manager. In 2004, he was president and CEO of the Denver Hispanic Chamber of Commerce. He was named Colorado director of the Small Business Administration in 2008 and stayed in the post until 2014. Lopez and his wife, Lisa, live in Elizabeth and own a small restaurant and bar in Aurora. They also operate a business consulting firm.

RELATED: Who is Gregg Smith? Meet the man who went viral for tweeting he will take on Lauren Boebert in 2022