'I want to go to Washington to make big structural changes': Elizabeth Warren stops in Denver for rally 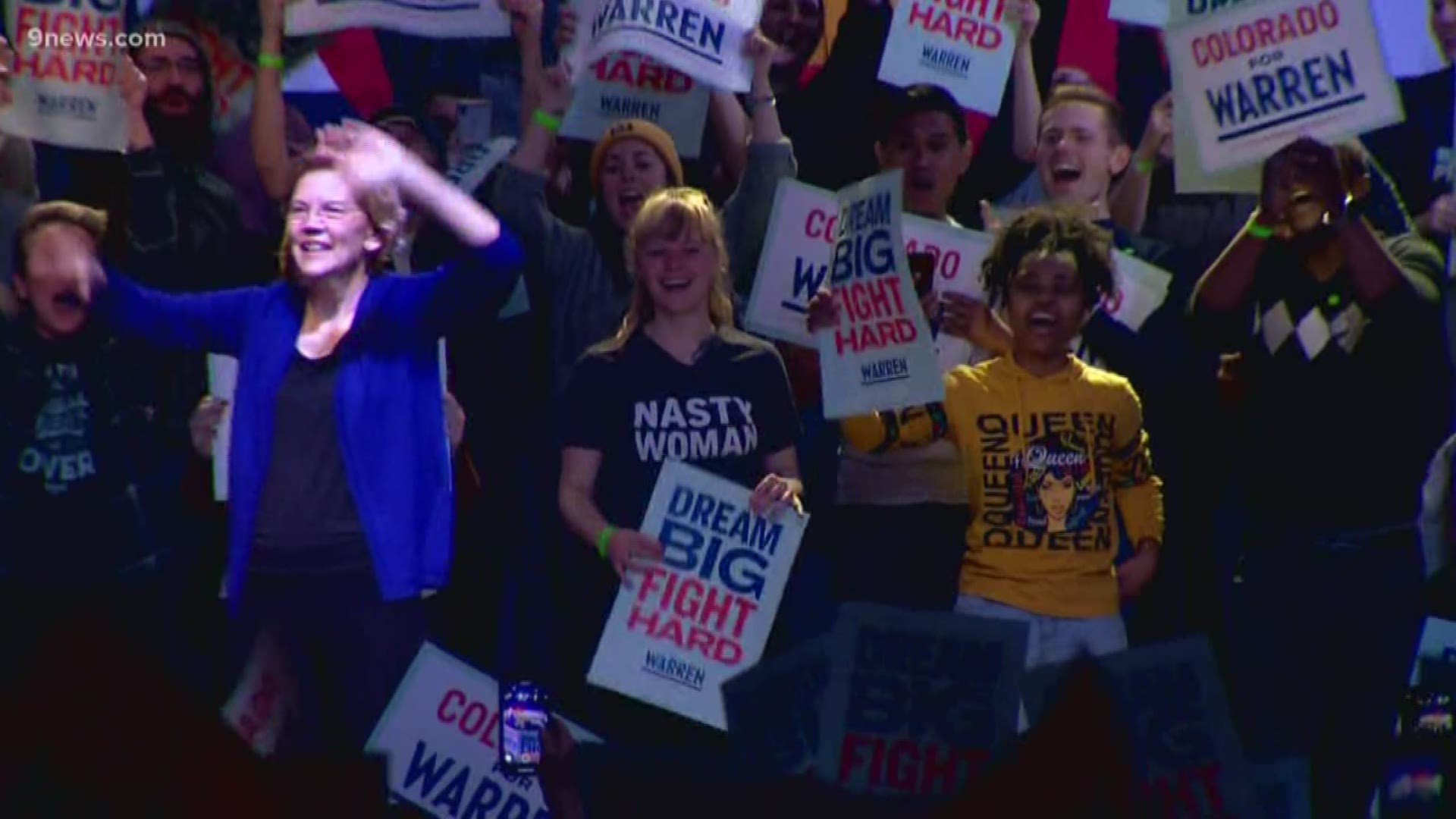 DENVER — There was no shortage of enthusiasm shown for presidential candidate Elizabeth Warren as Denver’s Fillmore Auditorium was packed wall-to-wall with thousands of attendees cheering, stomping and applauding in support of the Democratic Massachusetts senator.

“It’s just exciting to be around other people who are like-minded and to be around other Democrats who are excited and who believe that there could be a different America in 2021,” said Denverite Emily Fields in attendance of her first political rally. “I'm just excited to see her and to feel inspired and to really get some energy going to fight hard between now and November.”

Warren took the stage at 3:30 p.m. Sunday as a stop along her campaign trail, just days before the South Carolina primary.

With Colorado’s Super Tuesday primary election just over a week away, she was one of many Democratic presidential hopefuls campaigning in the state this week, along with Rep. Amy Klobuchar, former South Bend, Indiana mayor Pete Buttigieg, Sen. Bernie Sanders and Rep. Tulsi Gabbard.

The senator spoke for 50 minutes on policy issues including immigration reform, federal legalization of marijuana and her proposed wealth tax. Warren stuck to her “Dream Big Fight Hard” campaign slogan during the event, and credited her will to fight to her upbringing and her experiences as a teacher.

Women were well-represented at the event, emphasizing their support for Warren’s stance on women’s rights.

Alyssa Kreps of Aurora brought her 10-year-old daughter, Reese, to expose her to Warren’s female leadership.

“I love to see a woman that’s strong and who can represent a smart, intelligent group of people who can hopefully make changes,” Kreps said. “And I’m proud that I can bring my daughter to see strong women and strong representatives.”

Warren concluded her rally with questions from the audience, answering questions regarding big-picture actions she plans on implementing if she takes her seat in the Oval Office, focused on protecting and uplifting the middle class.