'This will result in a culture change': Independent panel to investigate sexual harassment claims in Colorado Judicial branch

The panel will look into a claim that a woman was awarded a contract with the hope of preventing her from filing a sexual harassment lawsuit. 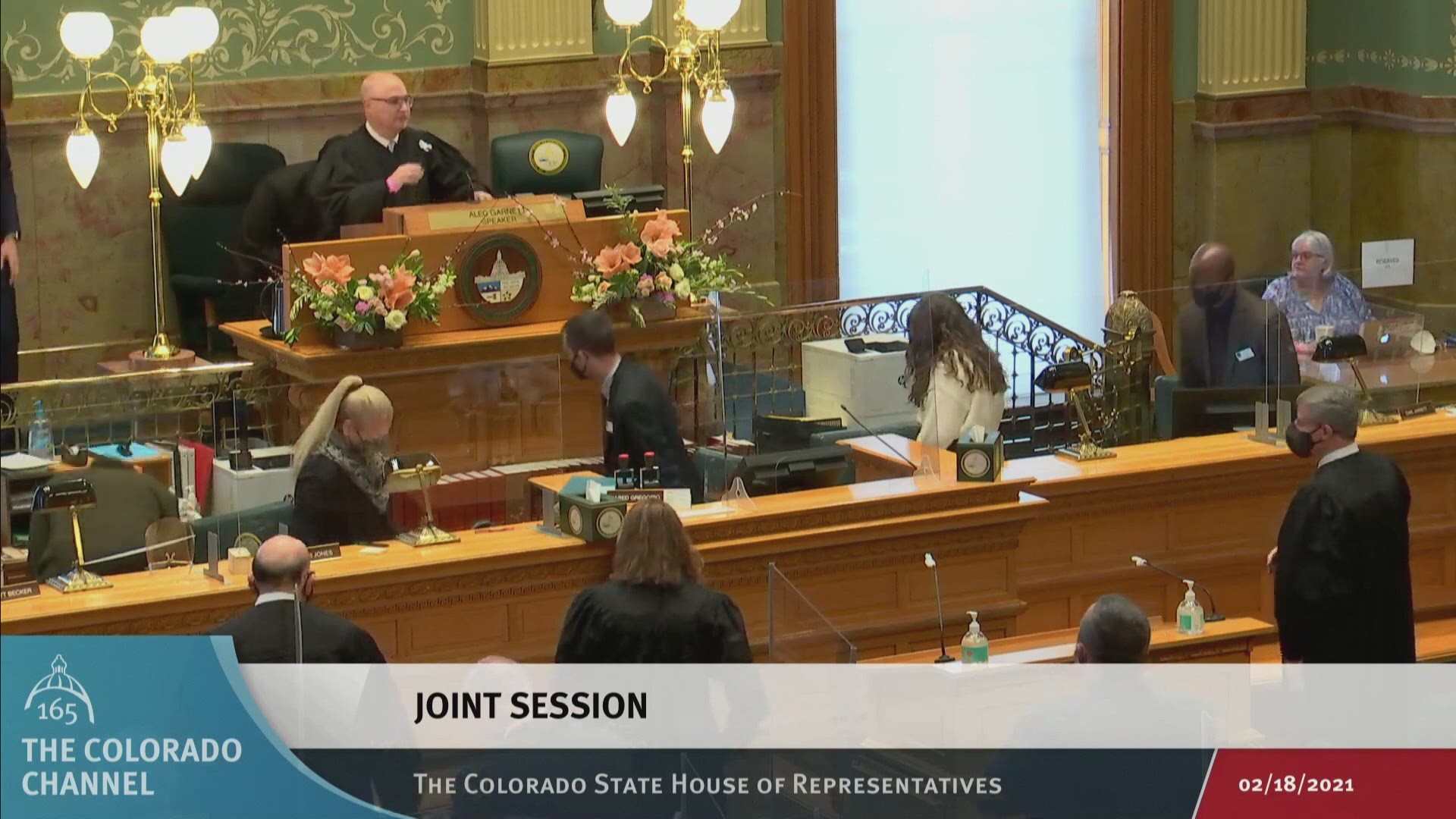 "The branch takes allegations of misconduct by judges and staff extremely seriously," he said during his State of the Judiciary speech. "The conduct described in the allegations, if accurate, is unacceptable and cannot and will not be tolerated. We need to know if human resources investigated any of these allegations and, if they did, what action was taken."

Earlier this week, the Colorado Supreme Court announced they've invited the state's other government branches to select external investigators to independently examine allegations of sexual harassment and gender discrimination within the judicial branch. The first accusations came to light about 18 months ago, Boatright said Thursday.

"We're gonna get this right," he said. "Where there was wrongdoing, we will address it. Where there was an abuse of power, we will stop it. Where our policies are deficient, we will change them. We want to know the truth."

They include claims that former chief of staff Mindy Masias was awarded a training services contract to prevent her from filing a lawsuit revealing incidents of sexual harassment and discrimination inside the department, the court said in a release. The contract was later terminated. The situation is part of a broader investigation being conducted by the Colorado Office of the State Auditor.

"This past week I reached out to a longtime employee of the judicial branch and I asked her how she was doing. She's normally very upbeat and positive. That day she was very direct," said Boatright. "She responded that for the first time in her 20-year career, she was not proud to tell people she worked for the judicial branch. That broke my heart."

"We recognize the branch faces a crisis of confidence in its leadership," said Boatright. "We know that investigating and addressing the allegations within the branch will be a difficult process, but we are committed to seeing it through the end. This will result in a culture change."

Once the investigations are complete, a report will be released publicly with the findings and recommendations for improvements and accountability.

Boatright has directed that he be notified and receive weekly updates on all future misconduct complaints across the department to ensure each incident is fully investigated and acted on as appropriate without delay.

He said he hopes to restore faith and confidence in the system and its leadership.

"With the flood of news in the past week, it's easy to lose sight of the fact that we have so many dedicated public servants who care deeply for the citizens we serve," Boatright said.

"Even though they may not be proud of me at this time, I want to say here that I am proud of each and every one of them," he said while fighting back tears. "In the end, I want them to be proud to say they work for the judicial branch."