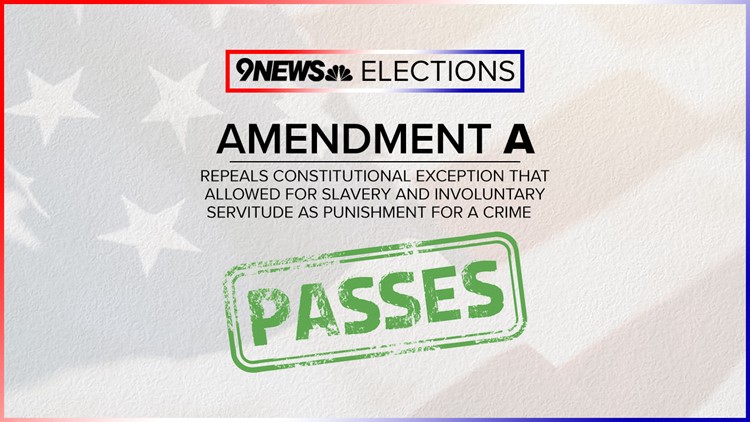 Voters have decided to remove the slavery exception from the Colorado Constitution with the passage of Amendment A. That means slavery and involuntary servitude can no longer be used as possible punishments for crimes in the state.

The approval comes two years after a similar measure failed. Voters did not approve the measure in 2016 by a 50-49 percent margin.

The relevant section of the state Constitution currently states: "There shall never be in this state either slavery or involuntary servitude, except as a punishment for a crime, whereof the party shall have been duly convicted." This language mimics the Thirteenth Amendment to the U.S. Constitution, which abolished most forms of slavery but allowed it to continue as punishment for a crime.

Amendment A is identical to the amendment that failed in 2016. No groups publicly came out against the measure, nor did have any politicians in the state. Abolish Slavery Colorado has tried twice to get this passed, and voters seem to have finally come around.

While the final returns are not in, it is clear Amendment A will hit the required 55 percent of the vote to pass. Fifty-five percent was the new threshold for state constitutional amendments as required by Amendment 71, which was passed in 2016.