There wasn't much President Trump could say that wouldn't get a cheer from these Arapahoe and Denver County Republicans. 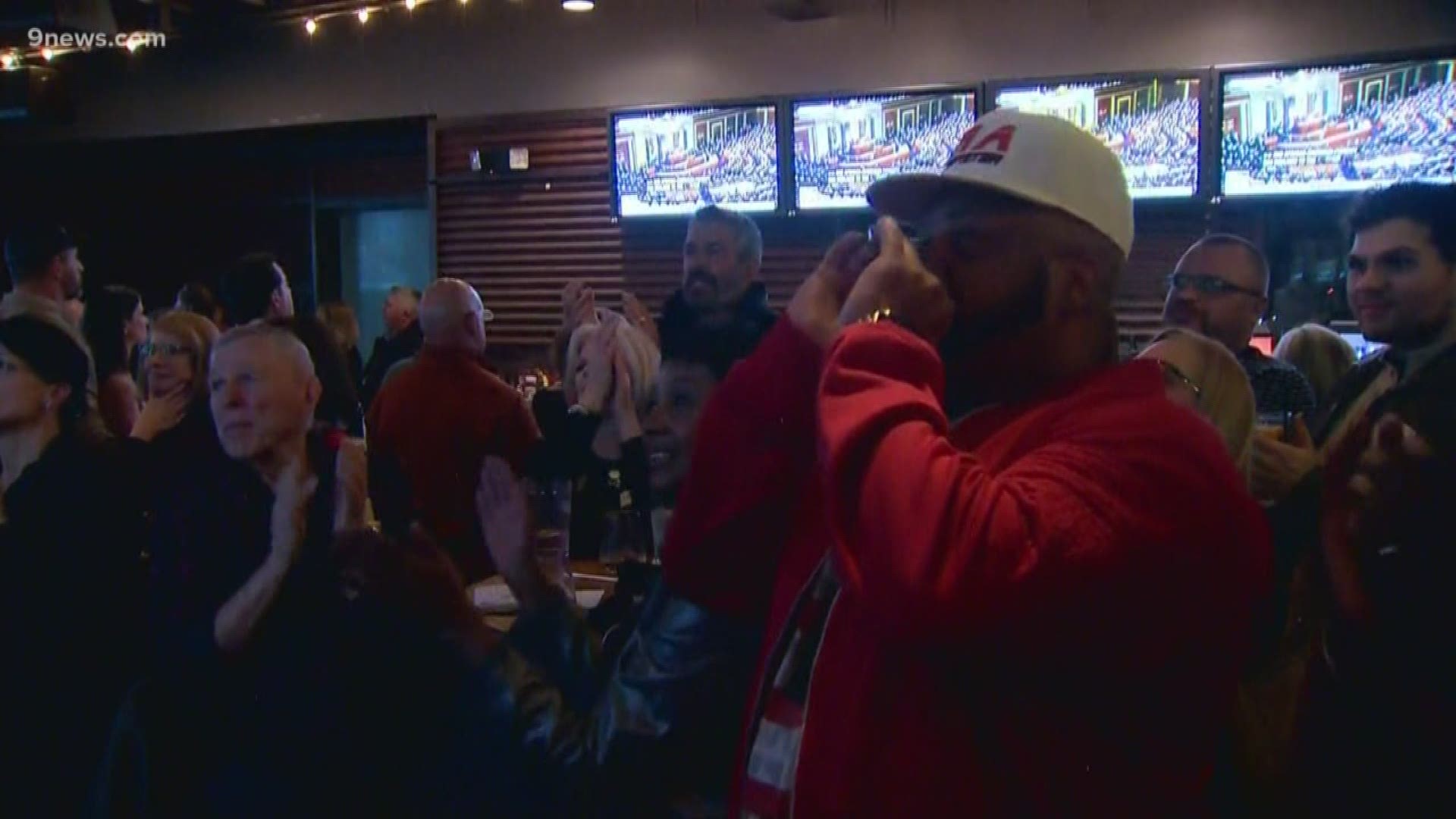 In a space normally reserved for wall-to-wall sports, a Denver Tech Center (DTC) bar became the backdrop for Colorado Republicans looking to increase a ground game that failed them in 2018.

The Arapahoe and Denver County Republicans hosted a State of the Union watch party at The Tavern in the DTC.

Upstairs, the GOP cheered relentlessly during the speech. Downstairs, the sports fans watching the Colorado Avalanche game seemed oddly quiet in comparison, especially when the Avs were up 6-1.

"I’m a 'Trumpster,'' shouted Denver voter Reggie Carr. "I’ve never been into politics before I heard this man speak."

There wasn't much Trump could say that wouldn't generate a loud cheer from Carr and the other Arapahoe and Denver County Republicans.

The only thing Carr didn't care for wasn't even speech related. It was the impeachment trial.

RELATED: VERIFY: Fact-checking Trump's 2020 State of the Union address and the Democratic response

RELATED: Democrat's response to Trump's State of the Union turns to working-class worries

Even though all 11 televisions in the bar were tuned to the State of the Union, what the president said had little to do with what happens next for the Republicans in this suburban part of the metro area.

"There’s a lot of people who didn’t show up in 2018. We’re using events like these to engage people and engage voters," said Colorado Republican Party spokesman Kyle Kohli.

Kohli said the party has identified the Republicans who stayed home in 2018, as well as conservative-minded unaffiliated voters.

Gotlieb has her work cut out for her.

In 2018, elected positions that are generally held by Republicans were taken over handily by Democrats.

"Better use of technology, better feet on the ground," Gotlieb promised in 2020.

The 2020 election in Arapahoe County will have Crow's first attempt at re-election against former Colorado Republican Party Chair Steve House. That Congressional District also includes parts of Adams and Douglas Counties. Republican District Attorney George Brauchler is term-limited and his seat, which covers Arapahoe, Douglas, Elbert and Lincoln Counties, is up for grabs.

"I have advised Republicans, in anything that I can reach them doing, do not leave any Republican box blank on the ballot because a lot of them did last time. They won’t this time," said Gotlieb.

RELATED: Nancy Pelosi rips up President Trump's speech at end of State of the Union

RELATED: Family surprised by military homecoming during State of the Union speech