Some law enforcement in Colorado can now be held personally liable when they get sued for excessive force in state court. 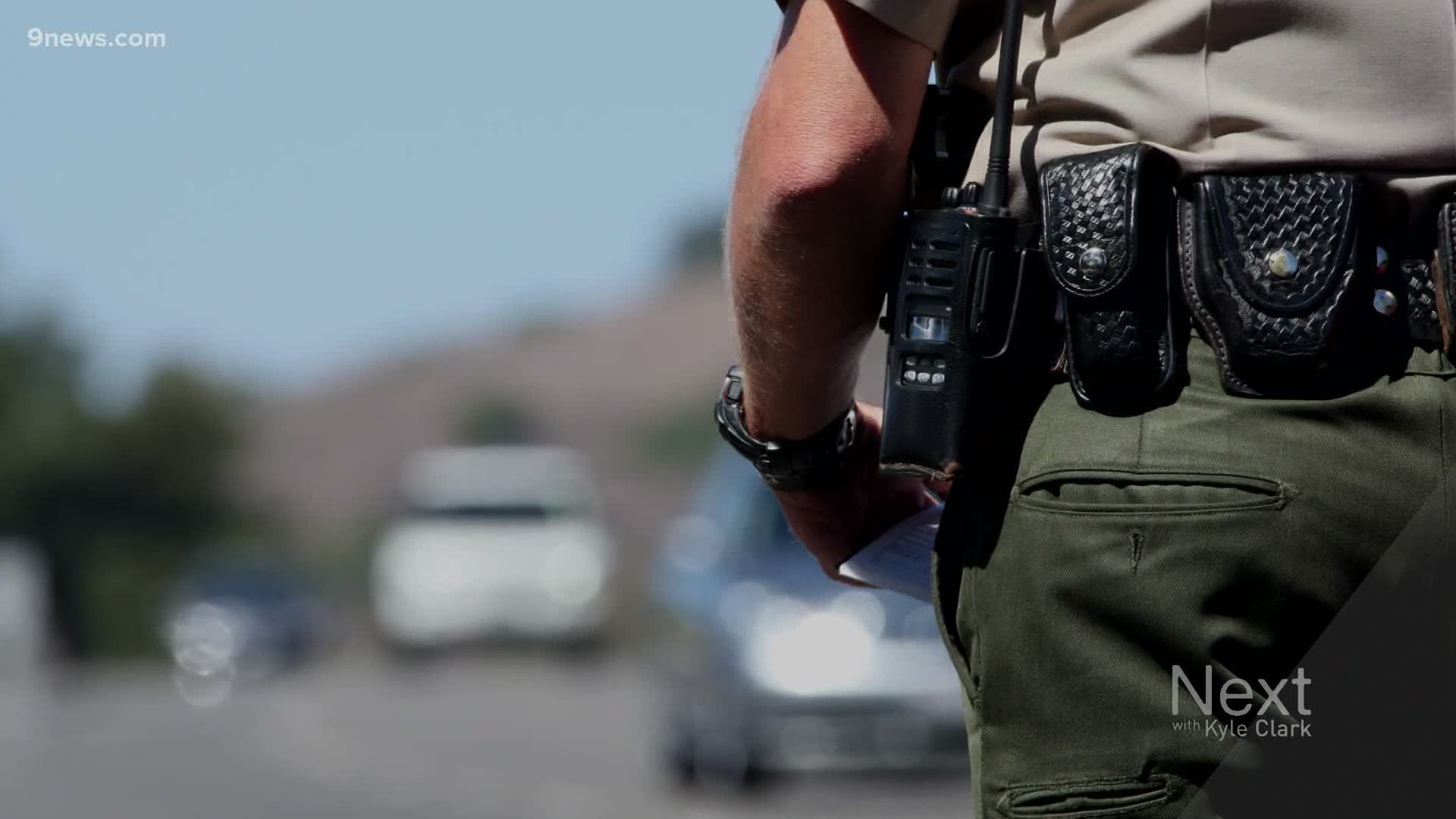 DENVER — With the signing of a new police accountability bill earlier this summer, police in Colorado can now be held personally liable when they get sued for excessive force in state court.

One of those is a provision for officers who acted in “bad faith," or knowing what they were doing was wrong. Instead of taxpayers having to cover the entire legal bill, an officer can now be forced to pay up to $25,000 of their own money.

“This is such an important provision because we’ve seen time and time again people’s rights being violated, sometimes ending in death,” said Rep. Leslie Herod (D-Denver), the main sponsor of Senate Bill 217.

But not every officer in Colorado is included in the provision. When lawmakers created the law, they exempted some officers on the state level, from Colorado State troopers to corrections officers.

“There is qualified immunity taken out for certain state employees,” Herod said. “I can’t speak to why or why not the state was included...in [Senate Bill] 217, or the conversation about the fiscal [impact] of [Senate Bill] 217, but what I can say is that we had two bills. We had one that addressed one issue and one that addressed another concern. I voted yes for both.”

The Colorado Rights Act was a bill introduced by Rep. Matt Soper (R-Delta) that would have removed “qualified immunity” for all police, including state police officers.

Soper’s bill was introduced and died, partially because lawmakers feared it would open up state agencies to more expensive litigation. The bill’s failure influenced how Herod and other sponsors crafted the bill that eventually passed, causing them to exempt state police officers.

While the state is worried about its own funds, Kevin Bommer, a representative with the Colorado Municipal League — a group that represents local cities and towns in Colorado — had another opinion on the topic.

“Either this is something that is rationally applied to all law enforcement or, again, I think that’s the direction we are all moving, or it’s not,” Bommer said.

Bommer said the state has an opportunity in the 2021 legislative session to work on leveling the playing field by including all law enforcement.

Boulder County Sheriff Joe Pelle agreed, and said he believes the state didn’t think the provision through for all law enforcement.

"When the legislature considers bills and enacting laws that fiscally impact the state, they have an obligation to consider those fiscal impacts on county and local governments as well,” Pelle said.

9Wants to Know asked Herod if she would support a change to the law to include state officers.

“I would vote to support that effort moving forward 100%,” Herod said.

Herod dismissed claims that the new law will open up cities and towns to a flood of lawsuits.

“This argument that there’s going to be more frivolous lawsuits doesn’t pan out,” Herod said. “It is not the case. We did not change the bar for when a lawsuit can move forward or not. And, quite frankly, if someone’s constitutional rights are violated, they should expect to be sued.”

Beginning July 1, 2023, the bill requires all local law enforcement agencies and the Colorado state patrol to issue body-worn cameras to their officers, except for those working in jails, working as administrative or civilian staff, the executive detail of the state patrol and those working in court rooms.

RELATED: 140 students in Denver Public Schools did not participate in remote learning

RELATED: Man at center of 9Wants to Know investigation among 7 indicted in human trafficking operation