Donovan is currently serving her second term in the Colorado State Senate after her reelection in 2018. 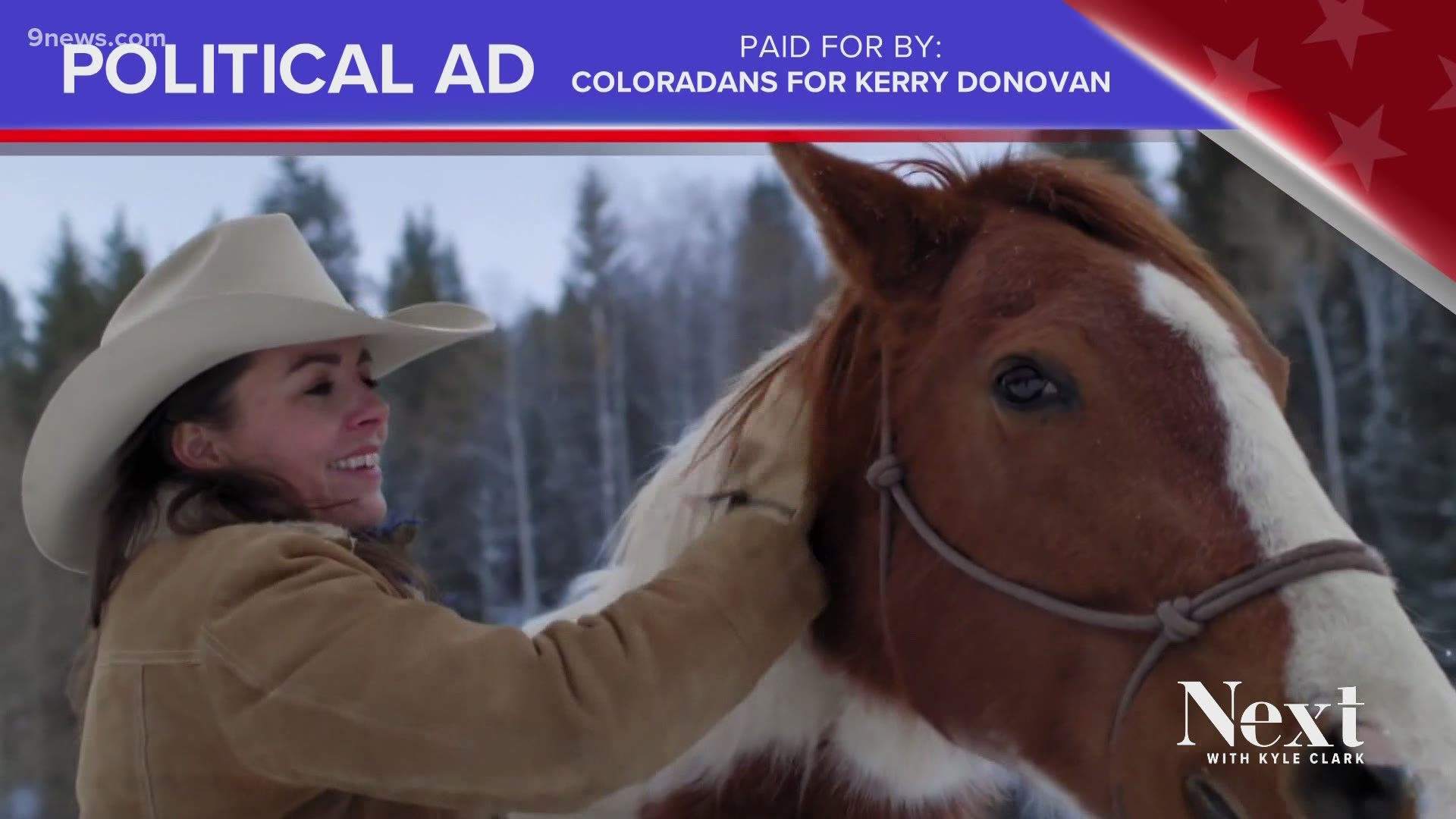 Why are we talking about it already?

Because political candidates are sprinting to compete in the marathon.

Donovan is currently serving her second term in the Colorado State Senate after her reelection in 2018. Her term ends in 2022.

"I'm running for Congress because you deserve a congresswoman that cares more about getting results than getting headlines ... real toughness isn't something you wear on your hip it's what you get done for people," said Sen. Donovan in her campaign video.

"I ran for Senate District Five for almost two years," Donovan said to 9NEWS, speaking of her newest race.

She will run another nearly-two year campaign against Boebert.

"Starting a race this early is really about having the time to talk to people and earn their support," said Donovan. "It's a big district and it's filled with a lot of places that need to be heard and that takes time."

It's a big district that will change by the time the 2022 election happens.

Though, running for Congress only requires a candidate to live in the state they want to represent, not necessarily the district.

"No one knows what these maps are going to be, but my ranch is in the district, my constituents are in the district, and I have deep roots in this district. I grew up here," said Donovan. "I got reelected by 20 points in a district that leans Republican. And that's because I committed to the district with the full force of what I can provide for them."

Donovan did receive 60% of the vote when she was re-elected to the state Senate. Her district overlaps some of Congressional District Three.

The voter makeup of state Senate District Five looked like this in 2018:

As of Feb. 1, the voter makeup of Congressional District Three is as follows:

"I decided to run after talking with people across the district and hearing their thoughts and what their concerns were," said Donovan. "Regardless of what the party affiliation of the people that I talked with, everyone had these similar concerns; they aren't being represented in (Washington) D.C. right now, that they're real problems that we need to talk about and address and they need real leadership."

Boebert defeated five-term Congressman Scott Tipton in the Republican primary, and then defeated Democratic challenger Diane Mitsch Bush by 26,000 votes, with 51% of the vote.

She has drawn national attention for wanting to carry a concealed weapon on the floor of the House of Representatives, and for voting against certifying Electoral College votes on the day of the Jan. 6 insurrection.

"Ultimately, your job as an elected official is to represent people, not your own agenda. That's what we have right now. We have a Congresswoman who's more interested in headlines than results."

Boebert's office did not respond to a Thursday morning email.