How will the Texas abortion law impact Colorado?

On Thursday, the U.S. Supreme Court voted 5-4 to deny an emergency appeal from abortion providers, others seeking to block enforcement of the law. 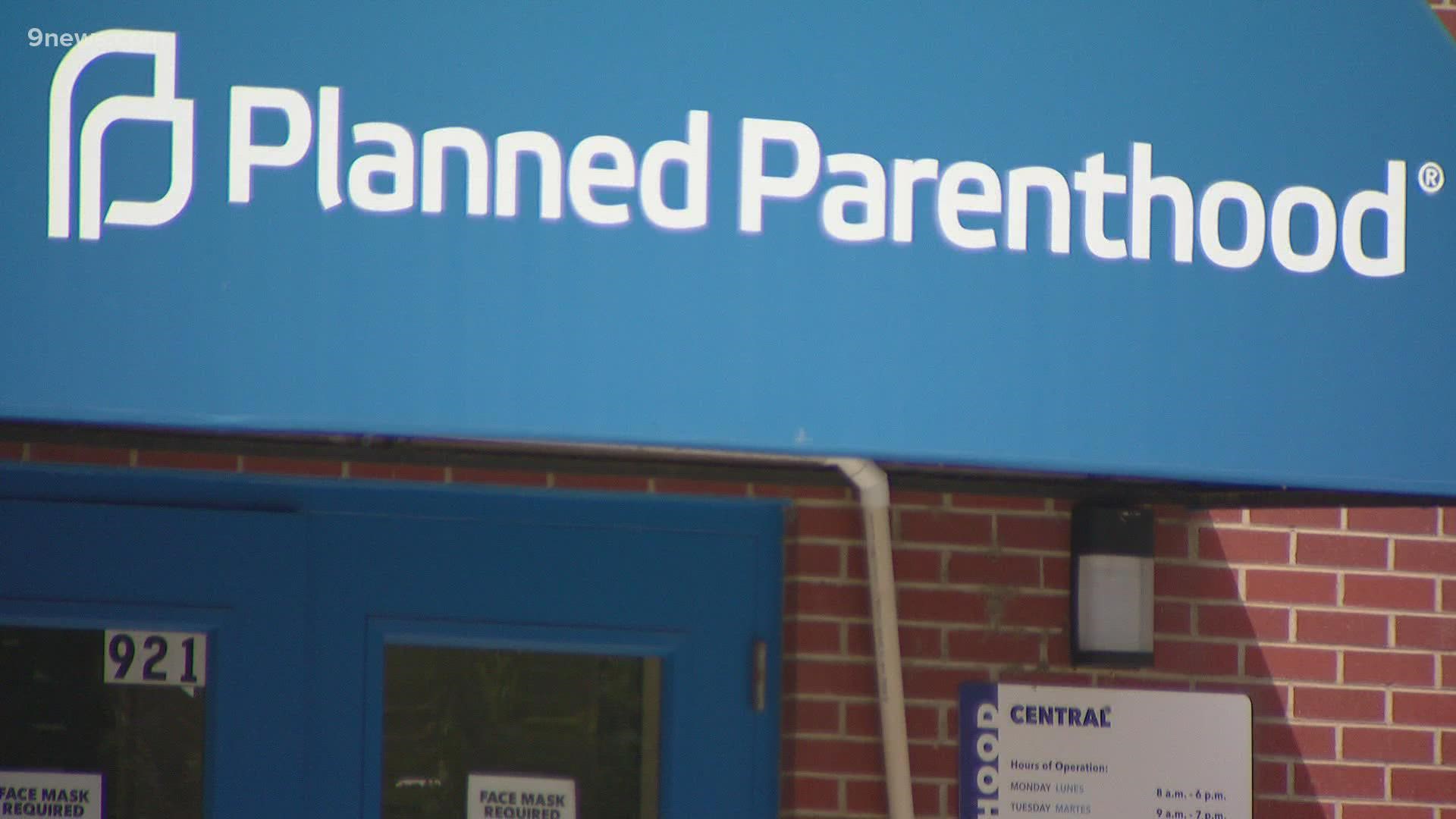 COLORADO, USA — Planned Parenthood of the Rocky Mountains (PPRM) expects a influx of patients from Texas in the coming weeks as the Lonestar state's newest abortion law goes into effect.

The Texas law, signed by Republican Gov. Greg Abbott in May, prohibits abortions once medical professionals can detect cardiac activity, usually around six weeks and before most women know they’re pregnant.

The CEO of PPRM called the law "extreme and cruel" and said in a statement, "[It] stands in stark contrast to the strong support the vast majority Americans have for abortion care in this country."

Family nurse practitioner and CU College of Nursing professor Kate Coleman-Minahan studied the impact the lack of access to an abortion has on a person.

"We now have more than a decade of research studying what happens when people are denied access to abortion and we know that women are more likely to live in poverty to struggle paying bills and to be in debt if they are denied abortion," she said.

"We know that their children suffer more from developmental delays. We also know that maternal health as well as emotional physical and even mortality is even impacted."

On Thursday, the U.S. Supreme Court voted 5-4 to deny an emergency appeal from abortion providers and others that sought to block enforcement of the law that went into effect Wednesday.

"It is very scary for what that means for abortion access in the entire country and really what it means for our constitutional rights in general," Coleman-Minahan said.

While pro-choice advocates fear the implications this law will have on the entire country, those for adoption also have their concerns.

"I lose sleep over this," Rebecca Vahle said with a chuckle.

"The more that I see restrictions on abortion the more concern I feel because I know that we have not done anything around parenting resources and around ethical adopting resources," she said.

Vahle is the creator of Family to Family Support Network, an adoption resource that believes blocking one pregnant person's choice is not the answer. She believes widening all the options with better education would make a bigger difference.

"There's very little money that has been spent putting the infrastructure around adoption and parenting," she said.

According to U.S. Representative Diana DeGette from Denver who serves as the co-chair, their top issue is getting Congress to pass the Women's Health Protection Act, a bill that would guarantee the right to access abortion care regardless of where someone lives.

In an emailed statement, an official with DeGette's office said the representative talked to Speaker Pelosi on Thursday morning was told the bill will be called up for a vote in the House when Congress returns.