The Democratic presidential candidate hosted a rally Sunday ahead of Colorado's primary on Super Tuesday. 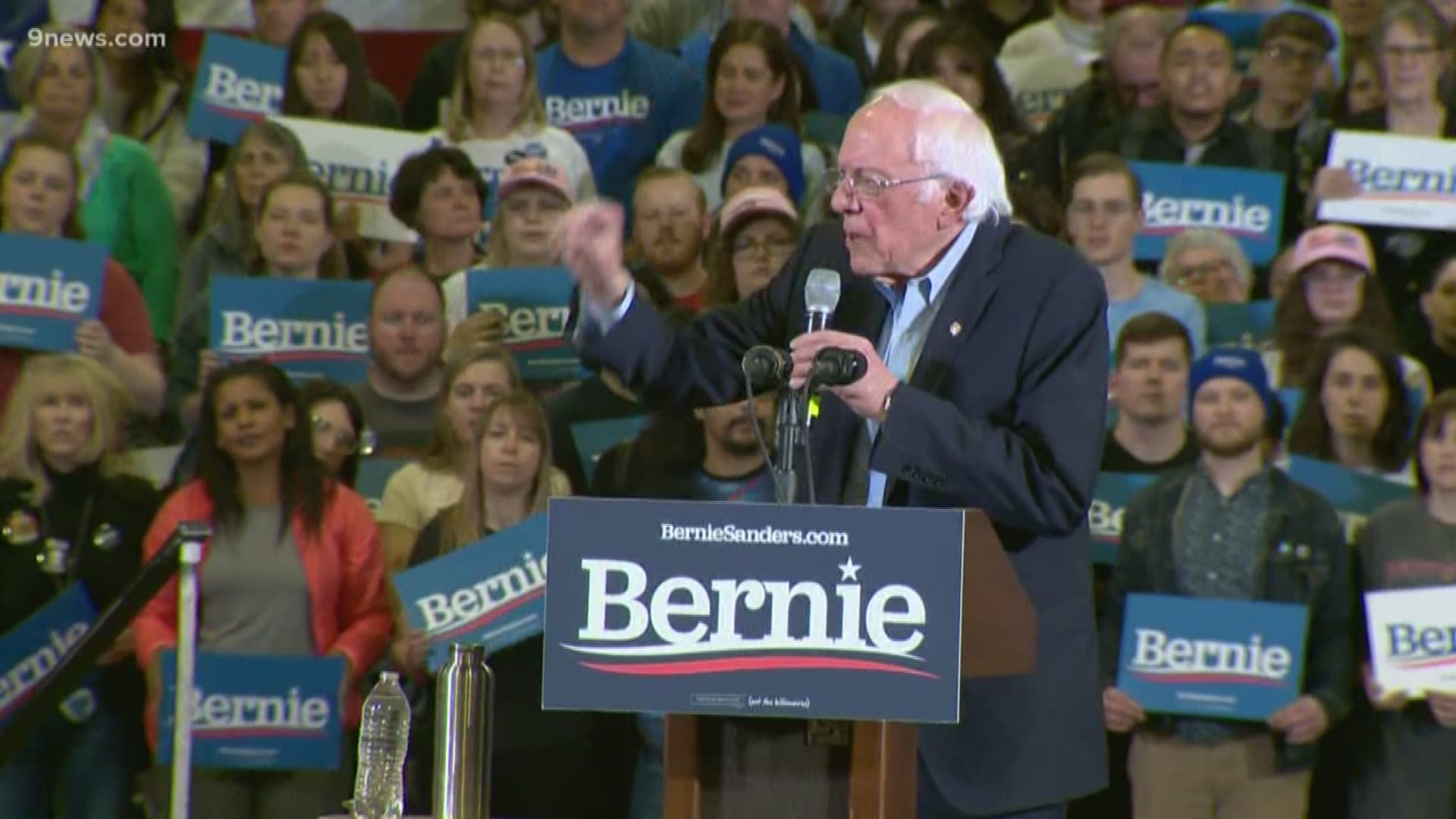 DENVER — Coming off of a victory in the New Hampshire presidential primary election, Senator Bernie Sanders made another plea to Colorado voters ahead of Super Tuesday.

The presidential candidate's second election of his 2020 campaign attracted thousands of voters. The event was initially planned to happen inside the Bellco Theatre at the Colorado Convention Center. However, after some high demand, the rally was moved into a couple of exhibition halls which allowed for more people to attend.

Sunday was Sanders' second visit to the Centennial State during his 2020 campaign. In September, he held a rally at Civic Center Park where he campaigned for economic justice, social justice, racial justice, and environmental justice.

Sanders won the 2016 Colorado Democratic caucus over challenger Hillary Clinton, but the state has since switched to a presidential primary.

A spokesman for the Colorado Republican National Committee sent a statement responding to Sander's Sunday rally saying the senators "extreme socialist agenda" wouldn't stand a chance in Colorado. They said Coloradans do not support a government takeover of their health care.