A long line of vehicles gathered for the event at Bandimere Speedway on Sunday. 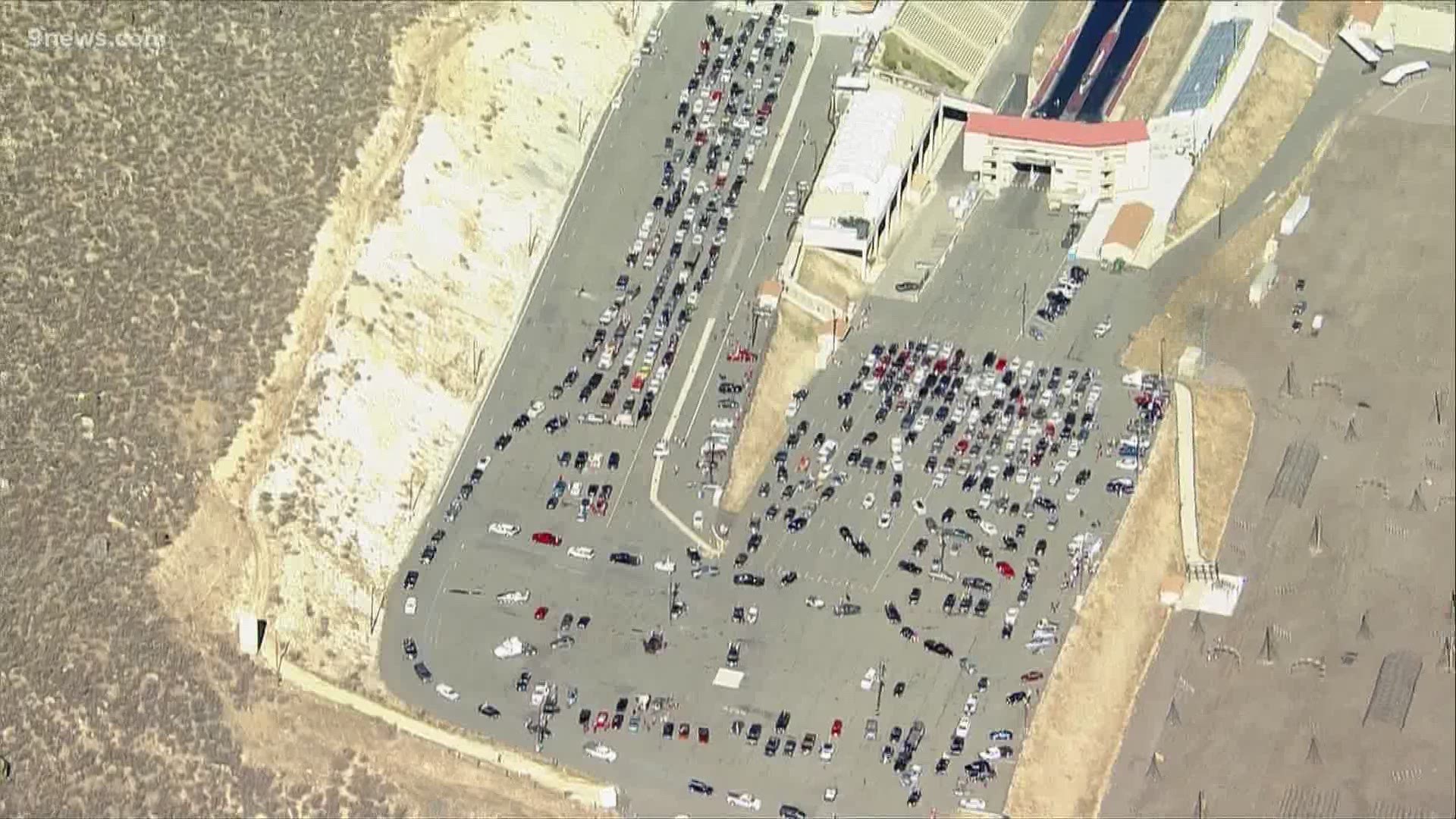 DENVER — A long line of vehicles waving American flags and flags in support of President Donald Trump gathered Sunday morning at Bandimere Speedway for a "MAGA Drag" caravan around the Denver metro area.

The intended route of the caravan was:

The endpoint was planned to be the Dirty Dogs Roadhouse at 17999 W. Colfax Ave. in Golden, according to a flier publicizing the event.

A website for the national event says the purpose was to organize rolling flag parade caravans, circling highways in a "big ol' heap of old-fashioned American patriotism."

The Colorado event had listed several meetup points around the state where participants could go and then drive together to Bandimere.

Commuter Alert!
Heavy congestion near C470 and Morrison Rd due to Trump rally.

RELATED: Haven't registered? Haven't voted? Don't worry, you can still get it all done up until 7 p.m. Tuesday

RELATED: Caravan urges Coloradans to 'Get Out the Vote'

RELATED: A look at Colorado's ballot returns as we enter the last weekend before Election Day 2020