An effort to put Weld County's secession to Wyoming to a vote has drawn responses from both governors. 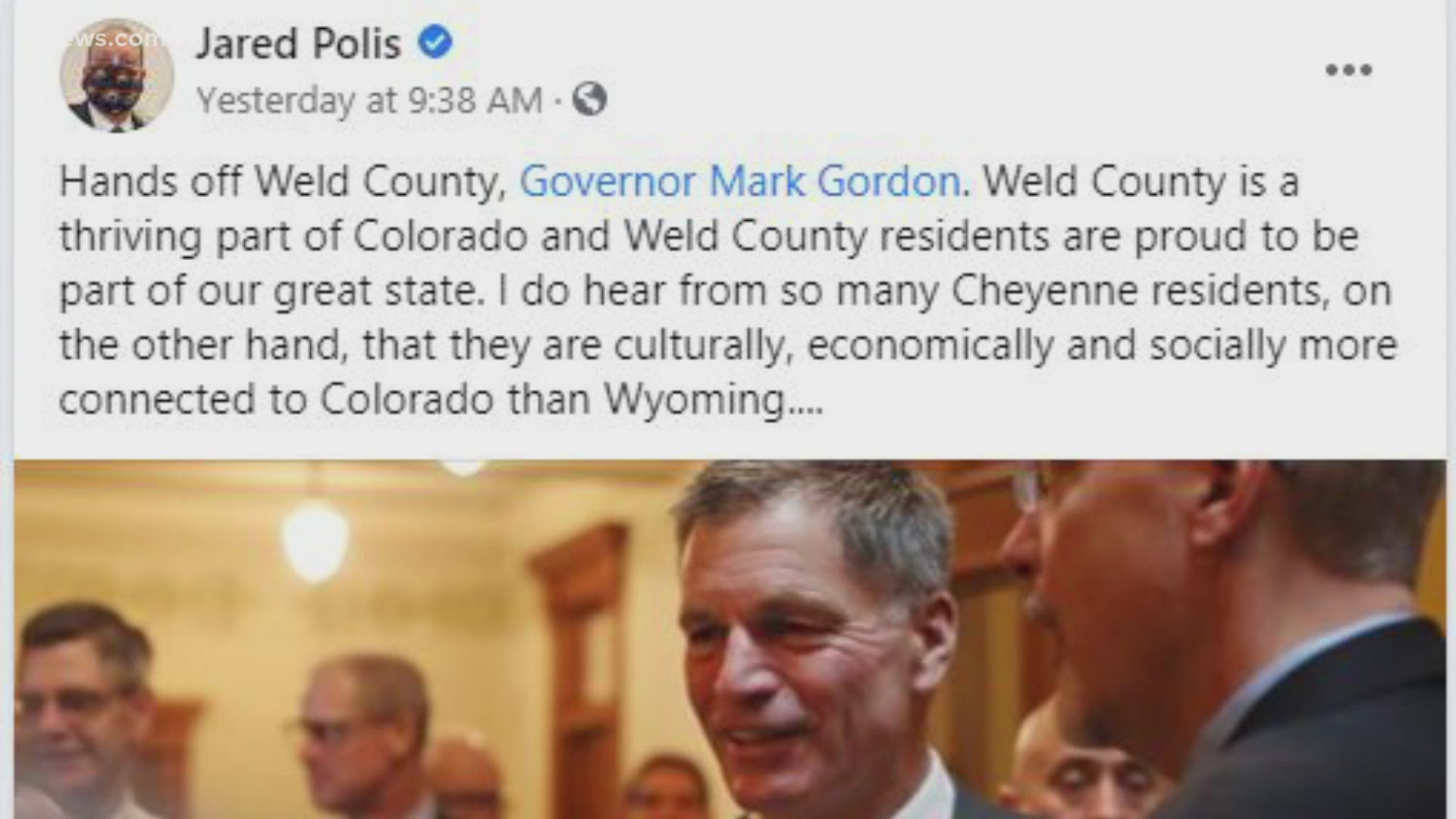 WELD COUNTY, Colo. — An effort calling for Weld County to secede to become part of Wyoming has drawn responses from governors of both states.

The push for a measure on the 2021 ballot in Weld County began with the Facebook group "Weld County, WY," which has filed campaign finance disclosure information and is now accepting donations through its website.

The group also has a YouTube page, where a video of one meeting in November has been posted.

When asked about the effort during an interview, Gov. Mark Gordon (R-Wyo.) said that he would be in favor.

"We would love that," Gordon said on KOA Radio on Monday. "You know, from time to time states have said, 'Gosh, we love what Wyoming is doing,' and so we'd be happy."

Gov. Jared Polis (D-Colo.) responded, telling Gordon to back off.

"Hands off Weld County, Governor Mark Gordon," Polis posted to Facebook on Tuesday. "Weld County is a thriving part of Colorado and Weld County residents are proud to be part of our great state. I do hear from so many Cheyenne residents, on the other hand, that they are culturally, economically and socially more connected to Colorado than Wyoming ..."

Even if voters supported the ballot measure, it would have to be approved by the state legislatures in both Colorado and Wyoming. After that, it would still need final approval from Congress.

When this topic was brought up in 2019, all five Weld County commissioners said they did not support a secession effort.

In 2013, Weld County was part of an effort to form a new state that ended up on ballots in 11 counties. Five of the counties voted to approve the measure, but Weld County was not among them.