Craig Silverman says he was relieved of his duties at KNUS during his show Saturday. 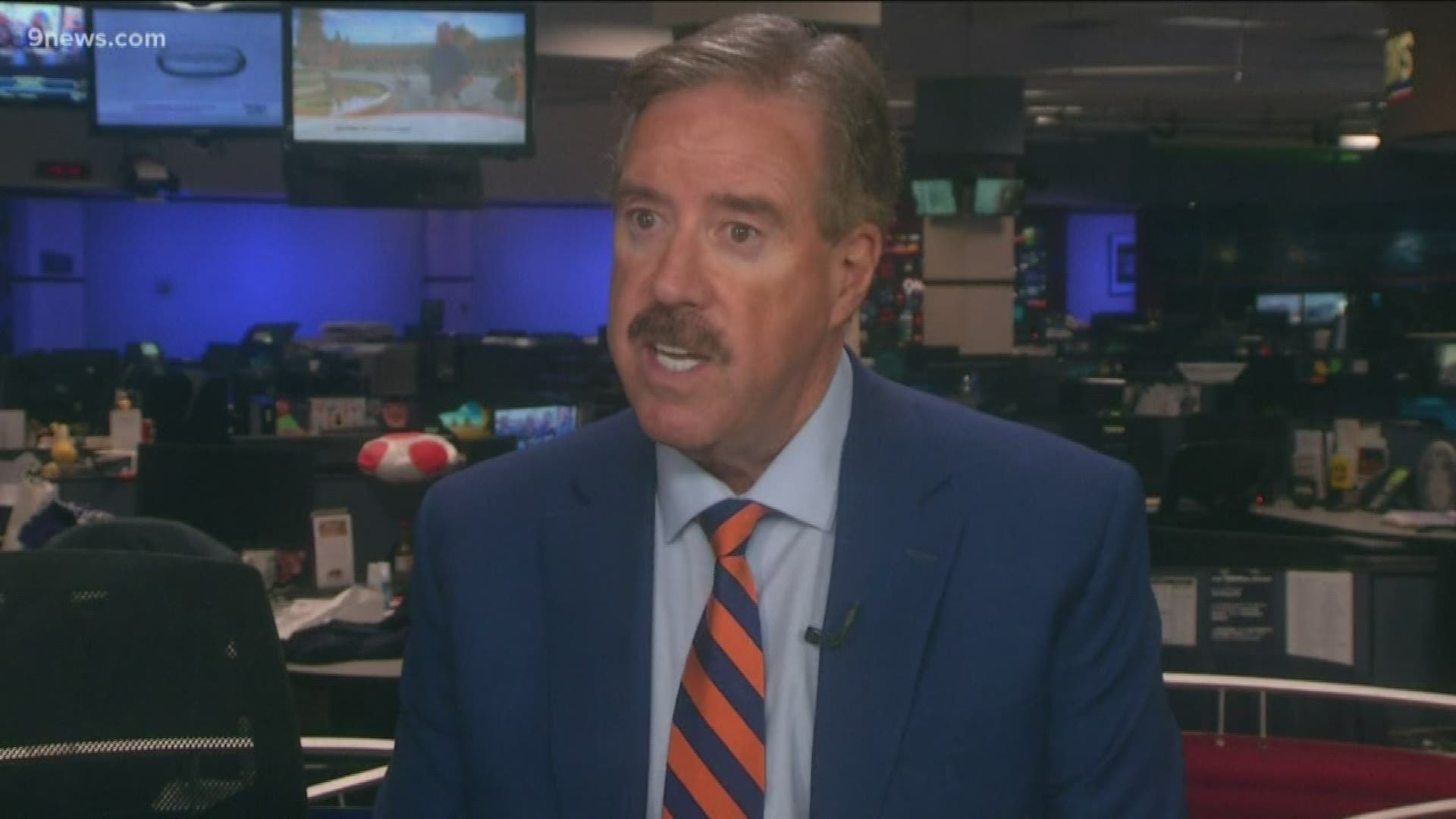 Instead, general manager Brian Taylor said the host was taken off the air Saturday because he indicated he wanted to work at a competing radio station.

Taylor said the station still has an agreement with the host who is an independent contractor at KNUS.

“[Silverman] decided it was important for him to work across town, and so on his program on Saturday, he announced that and that’s what prompted our decision to take him off the air," Taylor said.

Taylor spoke to reporters Sunday evening after the story of Silverman's dismissal made national headlines.

Silverman, a host on the conservative talk radio station, claimed he was pulled off the air in the middle of his show Saturday morning after he made comments critical of the president.

"Right while I was making great points about the relationship between Donald Trump and Roy Cohn and Roger Stone and Paul Manafort, my mic was cut, other programming came on and the program director came in my studio and said, 'you're done,'" Silverman told 9NEWS.

In a tweet Saturday, Silverman wrote, "I cannot and will not toe strict Trump party line. I call things as I see them. I see corruption and blatant dishonesty by President and his cronies. I also see bullying/smearing of American heroes w/courage to take oath and tell truth. That bravery inspires me."

Silverman said he "despised the smears" leveled against William Taylor, the U.S. Ambassador to Ukraine; Marie Yovanovitch, the former U.S. ambassador to Ukraine; and George Kent, a top State Department official. All three testified publicly during the first week of impeachment hearings.

Silverman said he expressed his displeasure with "Trump's smear tweets, especially the one while [Yovanovitch] was testifying."

The host said he was frustrated that his colleagues at 710 KNUS would "not honestly address the facts surrounding the impeachment inquiry."

On Sunday, the host added that other factors may have contributed to his termination.

In an interview with 9NEWS, Silverman suggested that he had butted heads with management at Salem Media Group over his ability to appear as a guest on other radio stations. Salem owns 710 KNUS.

"I've taken that opportunity as a guest and management at Salem said, 'we'd prefer that you not do other radio stations,'" Silverman explained. "I said, 'where is that in my contract? I'm an independent contractor.' They said, 'it may not be in your contract, but that is our preference.'"

On Sunday evening, general manager Brian Taylor spoke to reporters about what he called "misleading reports" about Silverman.

Taylor denied the host had been fired at all but said Silverman's show was taken off the air.

"This past week it came to our attention that he had appeared on a competing radio station and we asked Craig to avoid appearing there because we consider him an important part of our team and we prefer that he not work for a competitor," Taylor said.

Taylor and other KNUS radio hosts who attended the press conference said politics had nothing to do with Silverman's show being pulled off the air.

Taylor said station management had never told Silverman to take a specific position on Trump or the impeachment inquiry.

“Our hosts have the freedom to express their opinions on current events based on their own personal convictions," Taylor told reporters.

Silverman hosted the Craig Silverman Show for more than five years. He also works as an attorney and was once Denver chief deputy district attorney.

"I definitely will miss my Saturday morning show," Silverman said. "That was my baby, but I'll look for other opportunities."