Dave Gedman served three tours of duty in the Middle East, including one in Afghanistan. 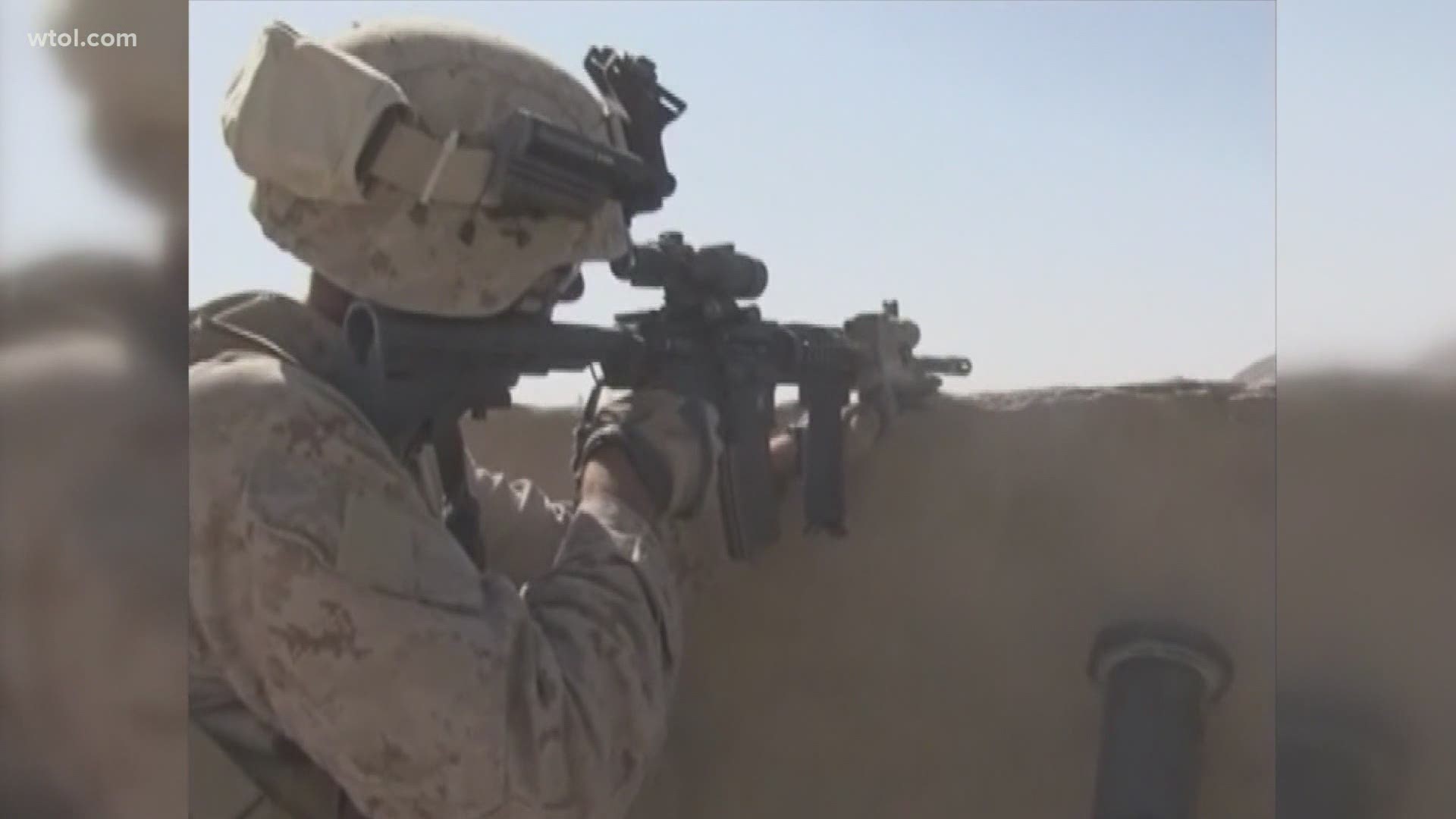 TOLEDO, Ohio — Earlier this week President Joe Biden announced the United States will be concluding its mission in Afghanistan on August 31st, a mission that began in 2001, shortly after the events of 9/11.

That announcement is bringing out a range of emotions for service members across the country who served in the country.

Michael Sandlin spoke to a local veteran who shared his thoughts on the end of America's longest war.

Sergeant Dave Gedman is a retired Army veteran who served three active duty tours in the Middle East, including one in Afghanistan.

"I'm just super happy that no more of my brothers and sisters are going to be sacrificed over there," Gedman said.

When he heard President Biden announce the end of the war in Afghanistan - he said it was an emotional moment.

"My initial reaction was just joy. Happiness. I'm glad that it's over," said Gedman.

Gedman thinks ending the conflict is the right move, and he believes it's time for the US to leave things in the hands of the Afghan government.

"I think we've given them all the resources and given them all the money we can," said Gedman.  "And hopefully their infrastructure and the lessons that we've taught them, they can use those going forward and fight the Taliban on their own."

Gedman says while he thinks the United States had good intentions, the conflict was drawn out and lacked clear-cut objectives, which, over time, turned into an expensive example of America trying to be the world's police.

"Just imagine if the trillions of dollars spent in Afghanistan since bin Laden was captured. Imagine if those dollars were spent on social programs and things like that. I mean all of the good that could have been done," he lamented.

RELATED: When is the US war in Afghanistan really over?

Yet despite his frustration with the conflict, Gedman says he's still proud of his service and of his country.

"Oh, I love America - every day more than the day before. I realize that we're not perfect, and I realize that there's things I want to change. You just have to be a voice in your community and change the small things that you can and work toward those bigger things," said Gedman.

And as the war comes to an end, Gedman wants the active duty service people returning home from Afghanistan to know that they're appreciated and the community will embrace them with open arms.

"We're proud of you, we're glad for what you've done - and we've got your back."