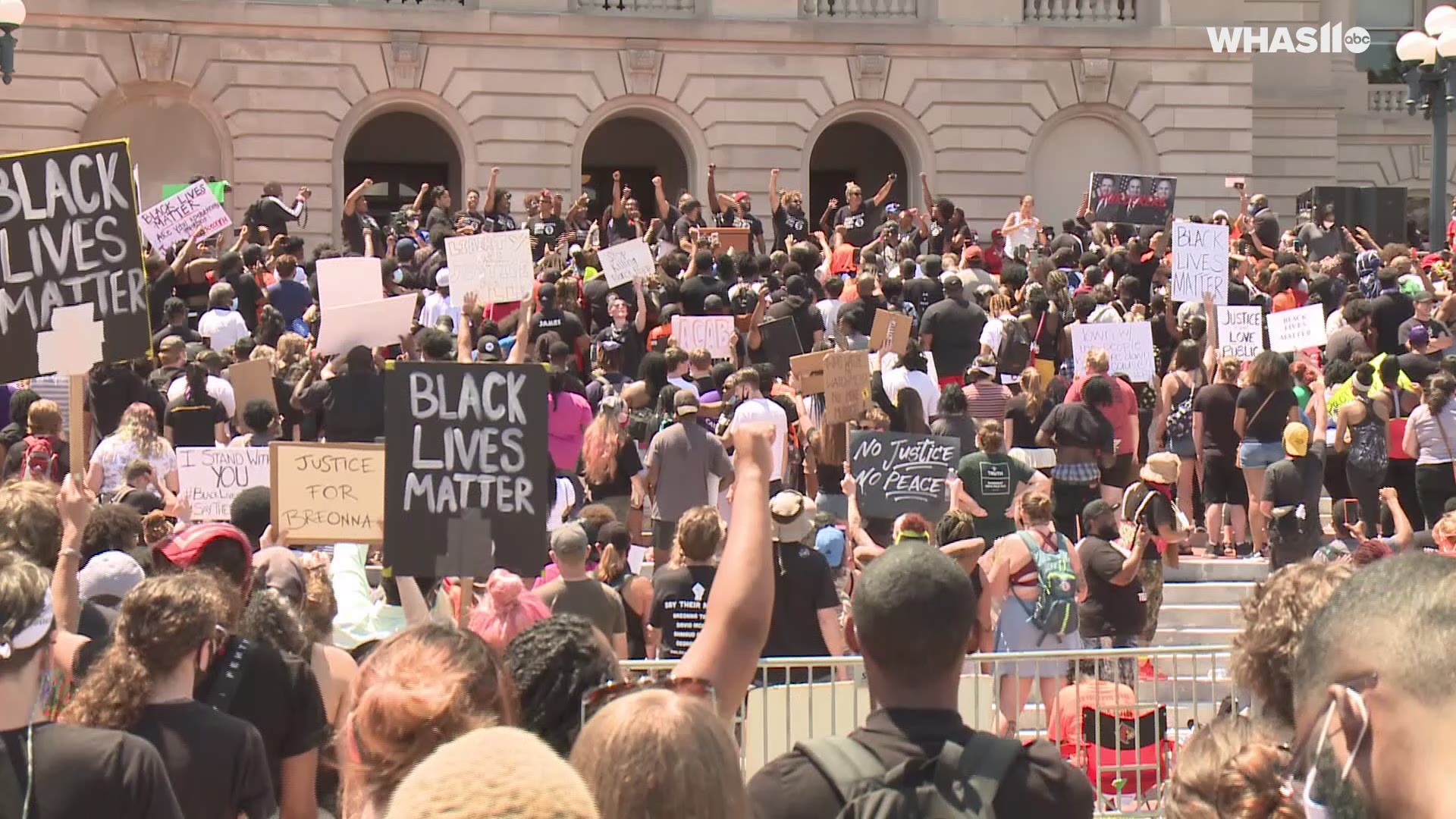 LOUISVILLE, Ky. — Louisville Metro police announced the closures of multiple downtown streets amid social media rumors that counter protesters were coming and some would possibly be armed.

Parking will be prohibited at all meters on streets surrounding the area.

Louisville Mayor Greg Fischer tweeted Thursday that the city was aware of rumors saying "armed militia" was coming to downtown Louisville to counterprotest.

"Our message is simple: We don’t need you here," Fischer tweeted. "Our focus is on facilitating peaceful protests."

Protests demanding justice for Breonna Taylor have taken place at Jefferson Square Park for almost a month, starting May 28.

Most recently, hundreds of protesters gathered at the State Capitol to "March on Frankfort." The event, organized by Breonna Taylor's family and New York's Until Freedom focused on demanding charges for officers involved in Taylor's death and a statewide ban on no-knock warrants.