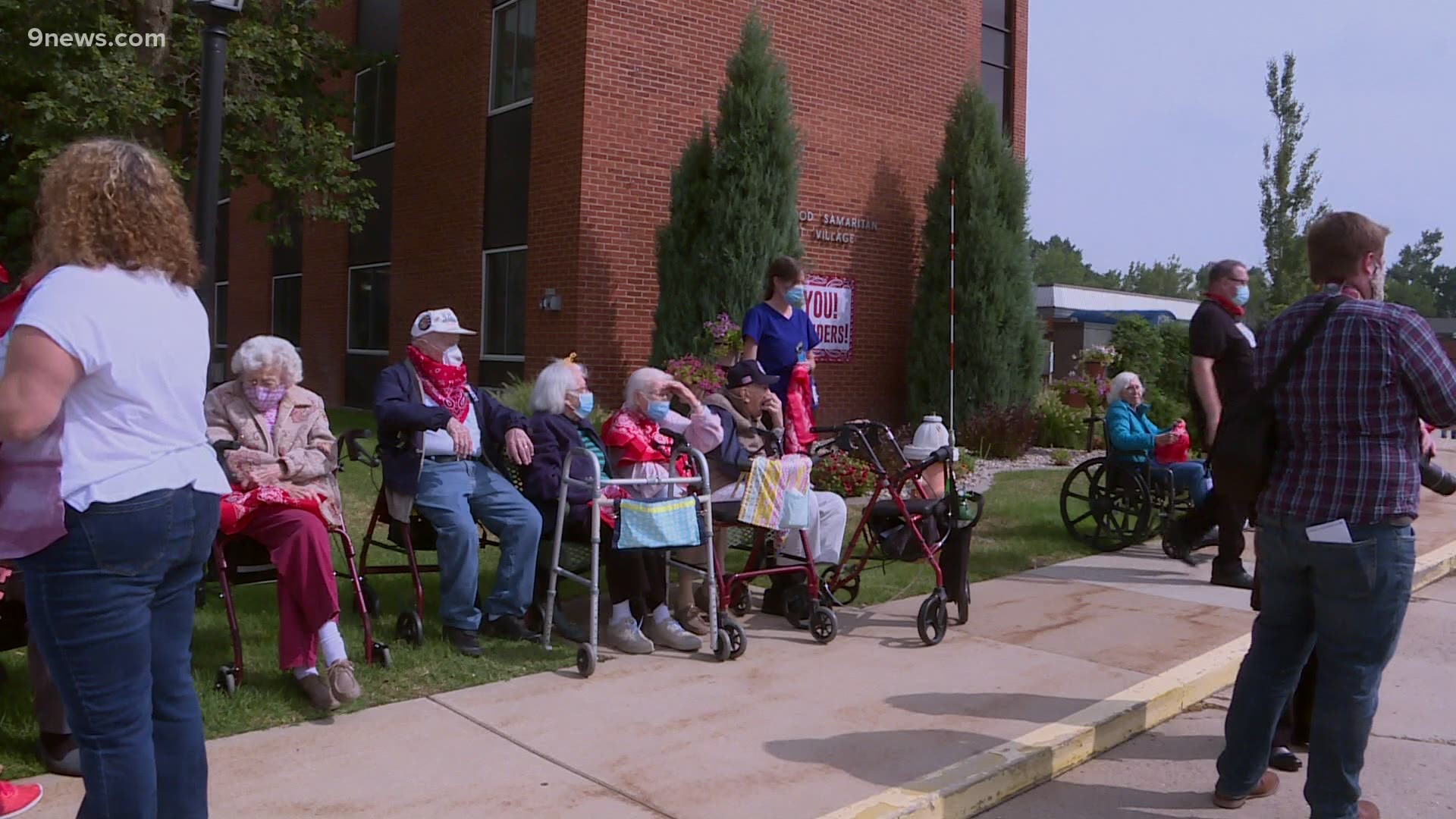 LOVELAND, Colorado — At Good Samaritan Society Loveland Village, the residents of this senior living campus line up outside their homes to prove that it really is the thought that counts.

"For us, it's more personal because these delightful people are here almost every day and sometimes more than once-a-day," resident Sonie Petersen said. "We really depend on them and we really love them."

Every Sept. 11, Petersen and other residents pay a tribute to first responders in the form of hundreds of breakfast burritos delivered to fire stations and police stations. But, Loveland Village's Executive Director Lisa Melby said the pandemic changed the plans.

"This year, of course, was a little different with COVID and so we had to be a little bit more creative," Melby said.

Instead of burritos, they have red bandanas to wave at first responders who are driving by in a parade of patrol cars, fire trucks and ambulances to receive their thoughts of gratitude.

"We usually feed them burritos and a big breakfast every year, but because of COVID, let's just come out and cheer," Petersen said.

RELATED: US marks 9/11 anniversary at tributes shadowed by coronavirus

The red bandana is associated with a man named Welles Crowther. Crowther was working at the World Trade Center when the planes crashed into the towers. He was also a volunteer firefighter and is credited with saving 18 lives before losing his own.

Crowther always carried a red bandana in his pocket and wore it as a mask from the smoke and debris while helping people get out.

Petersen said that normally when residents in a retirement village see lights and hear sirens it means bad news.

"To have them come like this and just be excited and joyful and let us wave our deals and yell at them and honor them is wonderful," Petersen said.

Melby said the pandemic has been tough.

"It's been very difficult, especially for our most vulnerable residents that have lived in assisted living and in our health care center," Melby said.

Petersen said bringing them something to get excited about is helpful.

"It's very important to continue these things as much as we can," Petersen said.

Maybe next year, they can be back delivering burritos.